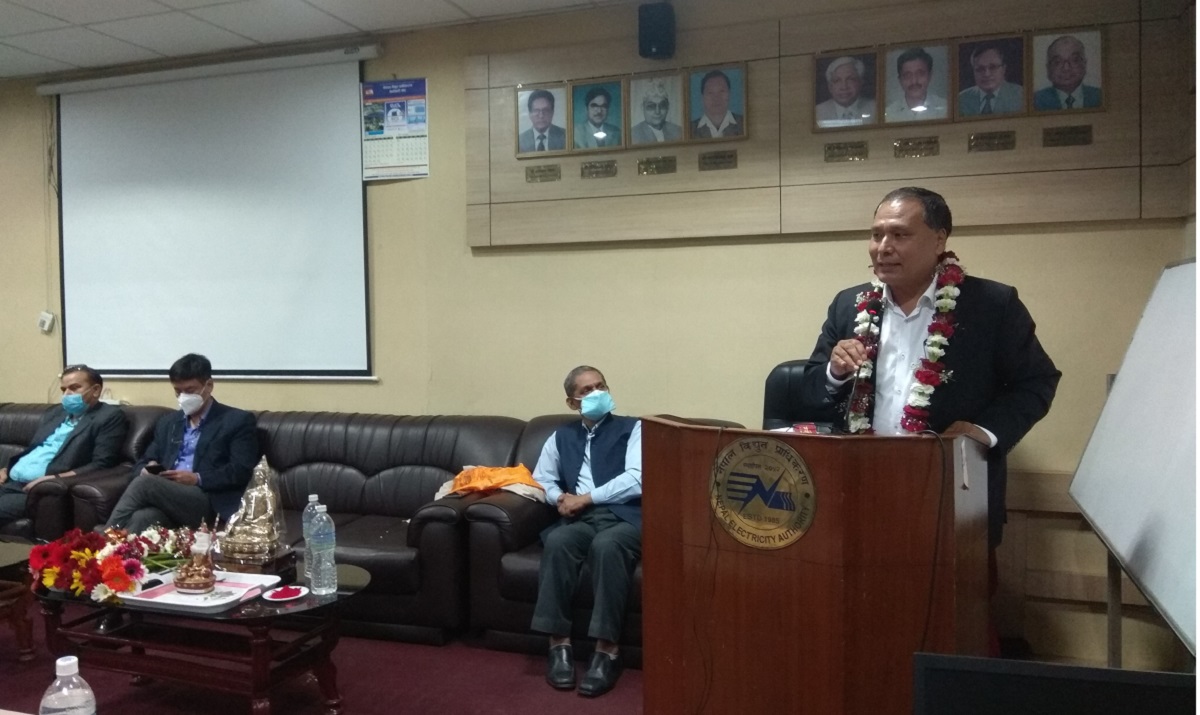 Peaking at a farewell program organized by the NEA, Ghising said the public utility will face a big challenge in institutionalizing the achievements gained in the past few years. He said that the managerial challenges need to be addressed in the days to come.

Ghising was appointed as the executive chief of the NEA in September, 2016. There is a huge public pressure to reappoint Ghising to NEA, the government is yet to make the decision. He retired from his four-year term on Sunday.

Ghising has been praised for his managerial acumen to end years-llong load shedding in the country. He announced the end of power outage in the Kathmandu Valley on the day of Laxmi Puja in October, 2016. Nepal was reeling under 6-8 hours of load shedding during the rainy season, and up to 14 hours during winter.

“Our target was not limited to ending the load shedding. We wanted to overhaul the NEA, and complete the construction of some of the hydropower projects,” said Ghising, adding that some of the projects have been delayed due to the pandemic.

At the start of Ghising’s tenure, the power leakage stood at 25.78% which has now dropped to 15.27%. The power utility has made a net profit of Rs 5 billion, which has a cumulative loss of Rs 34.61 billion four years ago.

Nepal got rid of load-shedding not only due to Ghising’s sole efforts: Minister Gyawali

Gyawali says there are no legal provisions for reappointing Ghising as NEA’s MD ... Read More...

Sickle Cell anemia rampant among Tharus in Western Terai, 11% of the indigenous community have the disease
23 minutes ago