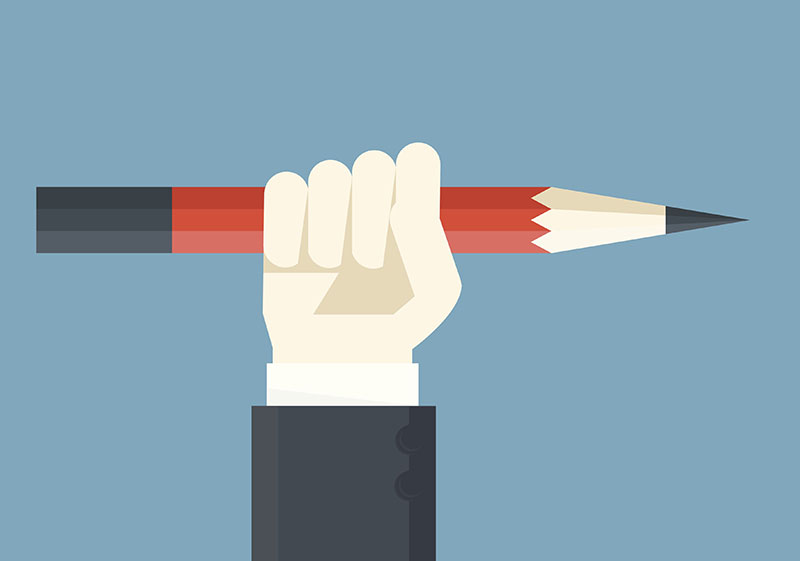 2015 was the worst year for press freedom in over a decade
Turkey’s president, Recep Tayyip Erdoğan, is cracking down on Turkish civil society following the failed coup in July. Beyond purging thousands of military officers, judges, and educators, the government has issued arrest warrants for dozens of journalists, and shuttered more than 100 news agencies, publications, and radio and television stations.

The crackdown in Turkey is a major story, and it should make us appreciate the countless unsung reporters and editors worldwide who struggle every day to practice good journalism, no matter the stakes.

Two such journalists are Jean-Chrysostome Kijana and Wendy Funes. Kijana, in the Democratic Republic of the Congo (DRC), edits and oversees eastern Congo’s first online newspaper, where he reports on the near-enslavement of the region’s miners and the violence of an ongoing insurgency. Funes, for her part, reports on human rights abuses, security, and corruption in Honduras—issues that the country’s beleaguered press often avoids.

According to Freedom House, 2015 was the worst year for press freedom in over a decade. It estimates that only 13 percent of the world’s population lives in countries “where coverage of political news is robust, the safety of journalists is guaranteed, state intrusion in media affairs is minimal, and the press is not subject to onerous legal or economic pressures.”

It’s a different story for the other 87 percent of the world’s population. In some countries, autocratic regimes will simply jail or assassinate reporters who get too nosy. In others, governments have implemented legal and economic hurdles for honest, unfettered reporting, making the jobs of journalists like Kijana and Funes all the more difficult.

Nongovernmental organizations such as Reporters Without Borders and the Committee to Protect Journalists have championed the cause of threatened and imprisoned journalists for years. But this good work doesn’t address the other major hurdle for journalists around the world: money.

Many reporters and investigators in oppressive settings are affiliated with news outlets that simply don’t have the funds to support them. To carry out their dangerous and important work, these journalists need independence, which means they need funding with no strings attached.

With funding, Kijana could tell the story of how mineral mining, the DRC’s largest export industry, is likely fueling the bloodletting in eastern Congo; and Funes could investigate how corruption in Honduras is likely perpetuating an epidemic of violence against women. Ruslan Myatiev, the editor of Alternative Turkmenistan News, which is based in the Netherlands but reports on Turkmenistan, could provide an independent venue for more journalists to report from one of the world’s most closed societies.

These are just a few examples among many. And while major media organizations experiment with subscriber paywalls, membership programs, and sponsored content to raise revenue and maintain newsrooms, lower-profile journalists working in poorer countries have fewer options.

To their credit, organizations such as the Open Society Foundations and the National Endowment for Democracy, which is mostly funded by the US government, have supported efforts to make independent news media self-sustaining. But even the largest civil-society groups cannot address every need.

Instead, those of us who care about the fate of independent journalism should do our part to support it, by any means. One way is through crowdfunding platforms like Press Start, with which we are both affiliated. Press Start connects funders in rich countries directly to vetted, independent journalists in poor countries, starting with Armenia, the Congo, Honduras, Lebanon, and Macedonia.

The crowdfunding model is just one option, and by experimenting with it, we hope to inspire others to bring new ideas to the table. No single funding solution is going to save independent journalism. We need many new ideas to account for new technologies, new business models, and new threats to press freedom. We can all agree, however, that a free press is a prerequisite for functioning democracy, and that diligent, fearless reporting costs money: there are no shortcuts to exposing corruption and social injustice.

Many of the world’s governments are stamping out press freedom. Journalists who report in these settings risk their lives and livelihoods to carry out their work. The least we can do is ensure that they don’t have to worry about paying for it, too.

KATHMANDU, Oct 15: The fate of over 2300 small projects including drinking water and roads, prioritized by politicians and top bureaucrats... Read More...

Accept the truth
23 hours ago

Tragedy in Rukum is our national shame
39 minutes ago

Tragedy in Rukum is our national shame
39 minutes ago