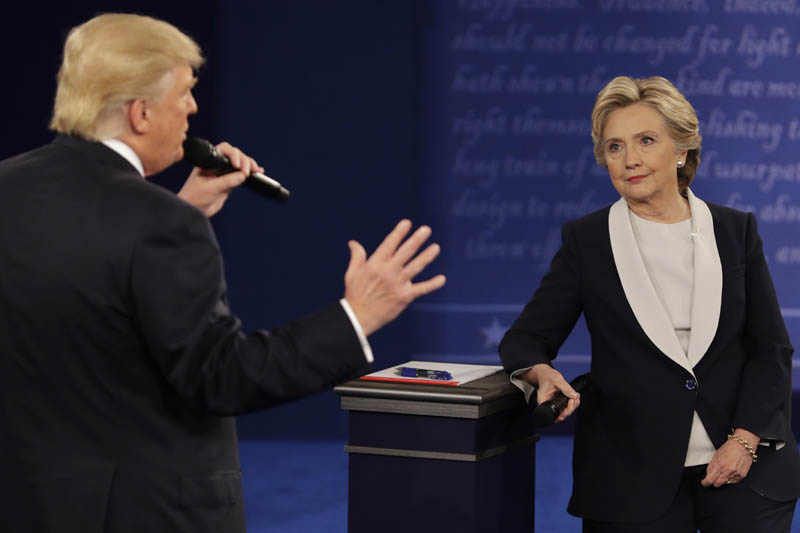 WASHINGTON, Oct 11: Foreign Policy, a leading US international affairs magazine, has endorsed a presidential candidate for the first time, backing Hillary Clinton and slamming Donald Trump as “the worst major-party candidate for the job in US history.”

As “we deeply value our relationship with all of our readers, regardless of political orientation FP’s editors are now breaking with tradition to endorse Hillary Clinton for the next president of the United States,” they said in an editorial yesterday.

“The litany of reasons Trump poses such a threat is so long that it is, in fact, shocking that he is a major party’s candidate for the presidency.

“The recent furore over his vile behaviour with women illustrates the extraordinary nature of his unsuitability, as does his repudiation by so many members of his own party — who have so many reasons to reflexively support their nominee.”

The Foreign Policy editors said that Trump had promoted the leadership of Russian President Vladimir Putin and had also welcomed Russian meddling in the current US election.

They blasted Trump for speaking “so cavalierly” about the use of nuclear weapons. “It has become clear he understands little if anything about America’s nuclear policies — not to mentions the moral, legal, and human consequences of such actions.”

“Indeed, we are not the first to say it, but Trump is the worst major-party candidate this republic has ever produced.”

In contrast, they called Democrat Clinton a “quality candidate” prepared to lead. “Were she to be elected as this country’s first woman president, not only would it be historic and send an important signal about both inclusiveness and Americans’ commitment to electing candidates who have distinguished themselves on their merits, but she would enter office having already put down one great threat to the United States of America – the grotesque and deeply disturbing prospect of a Donald Trump presidency.”

MUMBAI, Nov 6: Superstar Salman Khan has come out in support of Hillary Clinton for President of the United States in... Read More...