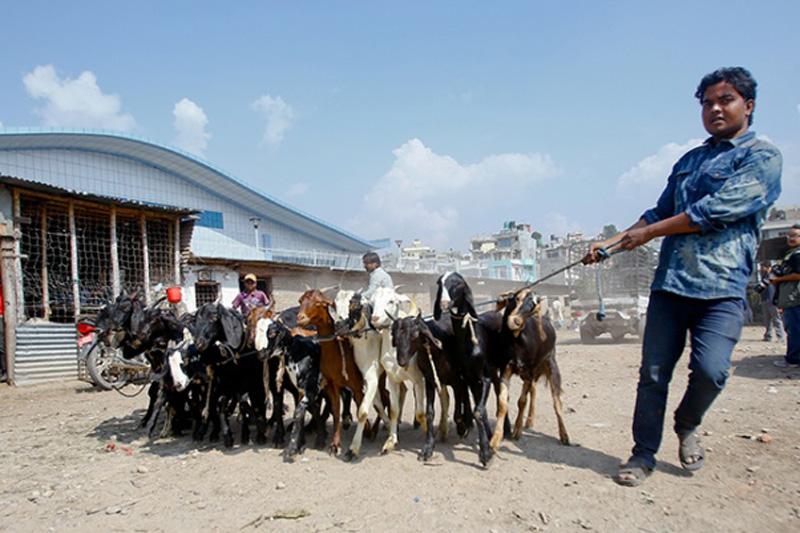 Yogendra Gauchan, director-general of Department of Commerce, Supply & Consumer Protection, said that the state-owned company was selling some 3,000 goats in Kathmandu Valley this Dashain to intervene in market for controlling arbitrary price hike in the market. “As the number of goats that we are targeting to sell is higher than previous years, I don’t think there will be shortage in the market,” he added.

The company also plans to sell some 2,000 mountain goats. It has already procured mountain goats from Mustang district. They flock is on the way to Kathmandu, he added.

FMTC will sell goats from its Thapathali-based godown.

Officials of the company told Republica that company was bringing only healthy goats and mountain goats to Kathmandu.

According to FMTC, an individual can buy only one goat or mountain goat.

KATHMANDU, Sept 27: The Department of Livestock Services is going to conduct a health examination of goats in the Kathmandu... Read More...