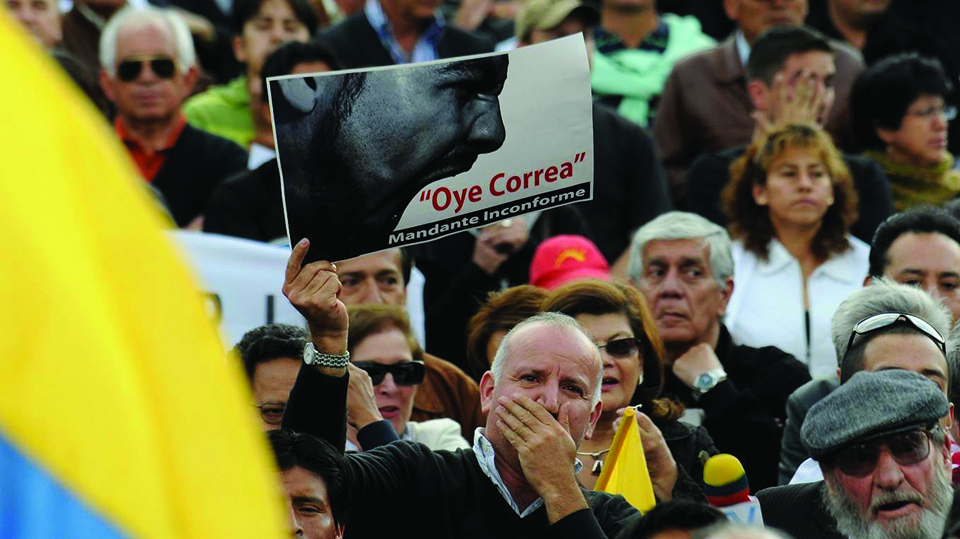 To ensure that no voice is wrongly silenced, French democratic institutions must continue to defend free speech

PARIS – The populist surge across the West has brought with it, no surprise, a rising tide of anti-Semitism. In the United Kingdom, the Labour party is bedeviled by charges that its leader, Jeremy Corbyn, tolerates anti-Semitic comments among his hard-left supporters. In Hungary, a key component of recently re-elected Prime Minister Viktor Orbán’s campaign was a barely disguised anti-Semitic attack against the philanthropist George Soros.

In France, anti-Semitism comes from two directions: the far-right National Front and certain sections of the country’s large Muslim community. And the means by which France is combating its anti-Semitic outbursts could well prove to be a useful model for other countries to follow.

For starters, the French social contract is based on the peaceful coexistence of different religions, none of which can be sponsored by the state. At the same time, the rule of law necessarily takes priority over any specific religious precept.

So, for example, regardless of whether there are imams who recommend or tolerate female circumcision, the ritual cutting of girls’ genitals is a crime, punishable by up to 20 years in prison. Likewise, polygamy is illegal in France. So, even if an immigrant comes from a country where such practices are permitted, French courts will not recognize his marriage to more than one wife. Nor will they recognize any challenges to gender equality, even those based on religious beliefs.

Under France’s constitutional system of secularism (laïcité), religion is confined to the personal and private sphere. To borrow from the French poet Louis Aragon, this ensures mutual respect between those who believe in the hereafter and those who do not (“Celui qui croyait au Ciel / Celui qui n’y croyait pas”). Thus, in many French schools, teachers avoid mentioning religion whenever possible.

These fundamental principles have guaranteed peaceful religious coexistence since the end of World War II, despite the trauma of the war years and the large influx of Muslims that followed the Algerian War. Sadly, these principles are now being threatened, not so much by the National Front and other populists (whose leaders have been prosecuted for anti-Semitic musings and Holocaust denial), but by the growing influence of radical and hardline interpretations of Islam. This influence is felt not just in particular communities, but throughout French political and civil society, owing to the rise of advocacy and activist organizations with obscure origins and funding, some of which promote the establishment of Sharia law.

For those wielding this influence, the goal is to create a culture of victimization among French young people of Arab origin. The hope is that they will embrace the Palestinian cause and, in the most extreme cases, exact revenge on Israelis or on Jews in France. It is little wonder, then, that anti-Semitic incidents in France have dramatically increased in recent years, leading French President Emmanuel Macron to declare that anti-Zionism is “a reinvented form of anti-Semitism.”

The most recent victim of anti-Semitic violence was Mireille Knoll, an 85-year-old Holocaust survivor who was murdered on March 23, allegedly by a young neighbor she had often welcomed into her home. According to French investigators, the man reportedly shouted “Allahu Akbar” while viciously killing her.

After the murder, thousands of people took to the streets in Paris to mourn and express their anger. For most of those marching, it was yet another sad reminder of the 2012 attack on a Jewish school in Toulouse, the 2015 massacres at the offices of the satirical newspaper Charlie Hebdo and at a kosher grocery, and many other similar incidents.

Meanwhile, those stoking anger over the Israeli-Palestinian conflict have launched a campaign of intimidation against anyone who would dare to identify the sources of today’s anti-Semitism. Consider the case of Georges Bensoussan, a highly regarded historian and author of the 2012 book Jews in Arab Countries. In a 2015 radio appearance, Bensoussan referred to a 2014 survey which found that French Muslims were 2-3 times more likely to harbor anti-Jewish sentiments than French people generally, and surmised that such views are learned at home.

Soon thereafter, the Collective Against Islamophobia in France and the International League Against Racism and Anti-Semitism filed separate legal complaints against Bensoussan, accusing him of inciting racial hatred. Bensoussan was cleared of any criminal wrongdoing in March 2017, but the entire episode was reminiscent of the 2007 prosecution of Charlie Hebdo cartoonists for their depiction of the Prophet Muhammad. In these and many other cases, intellectuals and artists who have long fought against racism have found themselves accused of it.

So far, the formal legal challenges brought against critics of Islam have failed, because French courts and tribunals have seen through the false accusations of racism. But the strategy of intimidation could always score a victory in the future. To ensure that no voice is wrongly silenced, French democratic institutions must continue to defend free speech, the most precious of all human rights—and the one most necessary to overcome hate in all its many guises.

Noëlle Lenoir is a former member of France’s Conseil Constitutionnel, the Conseil d’Etat, and a former minister for Europe

LOS ANGELES, Aug 6: In her first public comments since an overdose put her into the hospital, singer Demi Lovato... Read More...

YANGON, March 6: At least 30 people were killed Monday in a day of intense fighting in a town on Myanmar's... Read More...