Fake Nepali currencies of 1000 and 500 denominations found in Waling 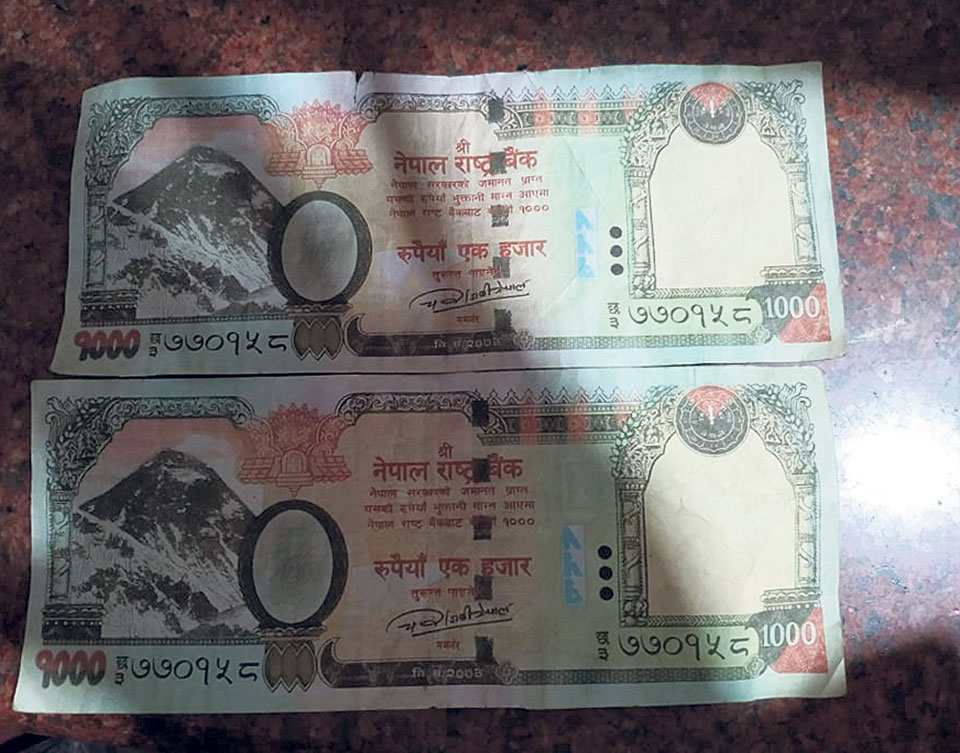 Counterfeit notes of 1000 denominations found at NCC Bank in Dipayal, Doti. The two counterfeit notes were brought to the bank by a customer to deposit in the bank. Photo: Bimal Bahadur Bista/Rss

WALING, Nov 21: The use of fake Nepali currencies of 500 and 1000 denominations has been reported in Waling, Syangja, recently.

The cooperatives, upon suspicion about those currencies, had sent them to the Nepal Rastra Bank in Pokhara to confirm whether they were genuine or not. The central bank confirmed that they were counterfeit ones.

Acharya shared that four currency notes of 500 denominations and one of 1000 denomination was received by the cooperative between Monday to Thursday last week.

SYANGJA, Oct 13: The First Nepal Paragliding Accuracy World Cup-2018 is all set to be organized in the open grassy... Read More...