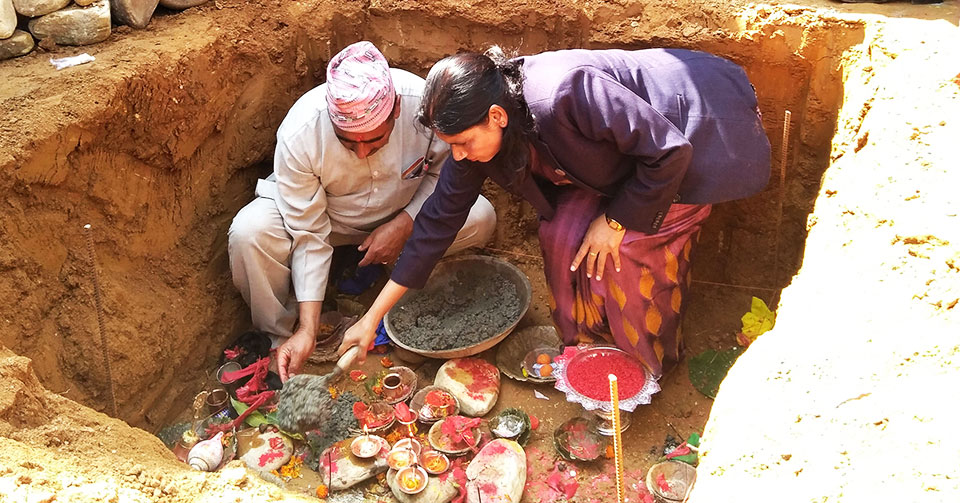 SYANGJA, Oct 12: Minister for Land Management, Cooperatives and Poverty Alleviation, Padma Kumari Aryal, has said it was the responsibility of the government to protect people's property.

Laying the foundation stone for the building of Syangja Waling-based Land Revenue Office on Friday, Minister Aryal said the government was doing homework for scanning the record of the land revenue offices across the country.

She further said the government has moved ahead with a campaign to protect people's property by equipping all land revenue offices with IT system.

Stressing that the government would not spare anyone capturing the public land, Minister Aryal said the draft of the land use policy has reached the final stage. She added, "Problems of landless squatters will be resolved within five years."

Similarly, the Minister inaugurated an online service of Waling-based Land Revenue Office on Friday itself.

The building is going to be constructed at a cost of Rs 56 million.

Fake Nepali currencies of 1000 and 500 denominations found in Waling