Factbox: Trump impeachment - What happens next? 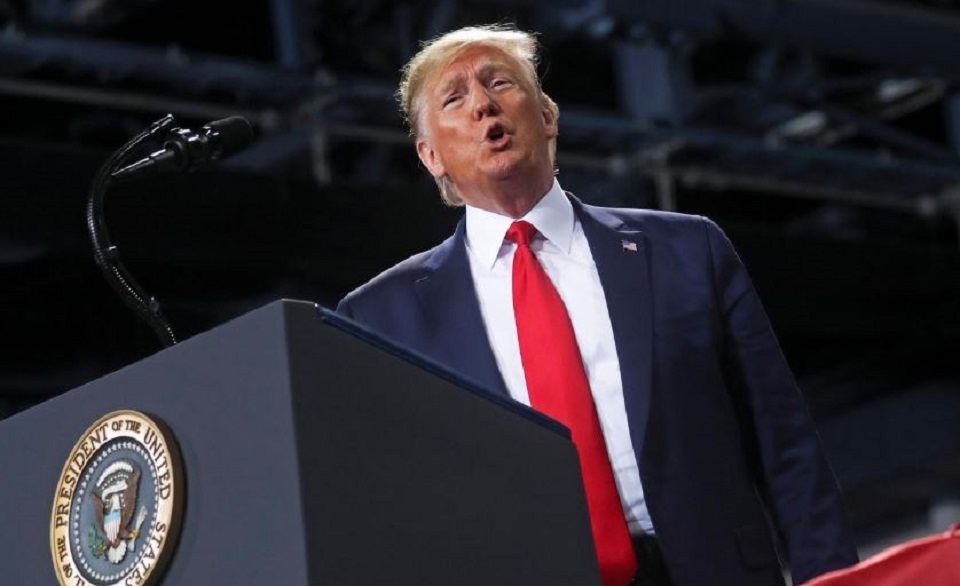 WASHINGTON, Dec 19: Donald Trump on Wednesday became the third U.S. president to be impeached as the House of Representatives formally charged him with abuse of power and obstruction of Congress.

The votes set up a trial in the Republican-controlled Senate, where lawmakers must decide whether to convict Trump and remove him from office.

Here is what could happen in the coming days:

The House must still name “managers” to present the case against Trump to the Senate. They might name those lawmakers on Thursday before leaving Washington for the holidays - or they could wait until next year.

House Speaker Nancy Pelosi, just after the House approved the two articles of impeachment, told reporters she needed more information from the Senate before naming the managers.

Senate Republican Leader Mitch McConnell and the chamber’s top Democrat, Chuck Schumer, have staked out dramatically different views on how the trial should play out. Expect them to negotiate in private and through the news media in the coming days.

Pelosi did not say when she formally would submit the articles of impeachment to the Senate, which is necessary before a Senate trial can begin.

By saying she wants a fairer Senate process than one McConnell has been hinting at, Pelosi could be applying pressure on McConnell to speed up talks with Schumer and allow administration witnesses to testify during the trial.

Barring unexpected developments, Trump will face a trial in the Senate to determine whether he should be convicted and ousted from office when Congress returns to Washington in early January.

The Senate is controlled by Trump’s fellow Republicans, who have shown little sign they will find him guilty. A two-thirds majority of those present in the 100-member chamber would be needed to convict Trump.

U.S. Chief Justice John Roberts would preside over the trial. House managers would present their case against Trump, and the president’s legal team would respond. Senators would act as jurors. A trial could involve testimony from witnesses and a grueling schedule in which proceedings occur six days a week for as many as six weeks.

McConnell has said a majority of the Senate could approve a shorter process by voting on the articles of impeachment after opening arguments, without witnesses.

Key dates in the House impeachment inquiry into Trump