FA chairman suggests gay players could come out together 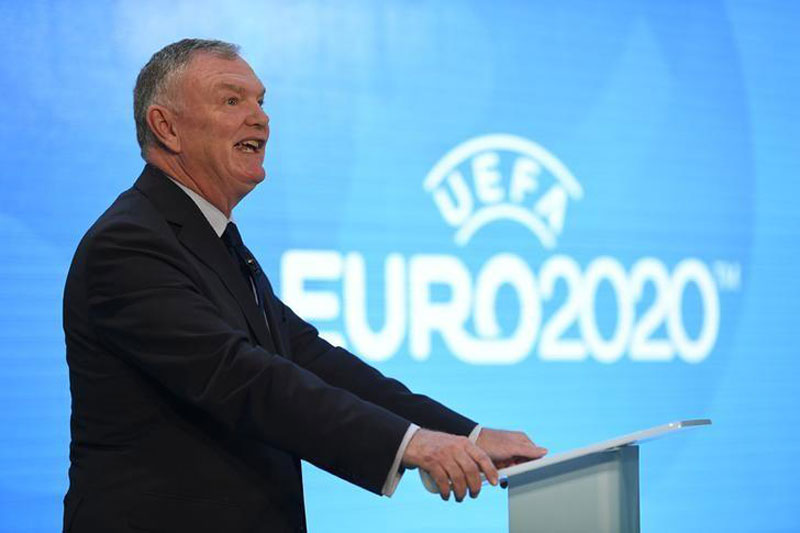 The chairman of the English FA says he has spoken to gay players about providing more support and helping them to come out as a group.

"I put the message out there that if a number of top-level pros want to come out, why don't we synchronise it, so one person doesn't have to come out on their own," Greg Clarke told the Times newspaper in an interview published on Monday.

"The Premier League, the Football League and the FA could do it at the start of the season," he added.

Clarke, who has been FA chairman since September, said in October he would not recommend a player coming out at present because of the risk of abuse, mainly from fans of opposing teams.

He said then that the soccer body needed to "redouble its efforts to provide that safe space" for players to be open about their sexuality.

Clarke said he had met 15 gay sports people, including soccer players, in the last four weeks to ask their views.

"It is very difficult to get to a representative set of gay top level footballers because some of them are happy with their sexuality and just don't want anyone to know," he added.

"I don't want to be part of a process that says 'you've got to come out'. That's not right."

Very few soccer players have come out during their active careers due mainly to the fear of a negative reaction from coaches, team mates and fans.

Britain's most famous case was that of former Norwich City striker Justin Fashanu, who committed suicide eight years after coming out in a tabloid newspaper in 1990.

"It would be wonderful to see a black England manager. It would put us forward 20 years," he added

Clarke remained optimistic about introducing a winter break into the Premier League to help England's international chances, although a break of the length required would be difficult.

"You can get to two weeks by getting rid of a few replays, moving a few things to midweek, but medical stats show two weeks is not enough," he said. "It has to be three or four weeks to make a difference.

"That knocks a hell of a hole in the season...I think we can win a tournament without a winter break."

'Come together to save country from plunging into crisis'

Political parties should come together to implement constitution: Ex-prez Yadav

Nepal's politics is in a serious and sensitive situation: NCP General Secy Chand
10 minutes ago