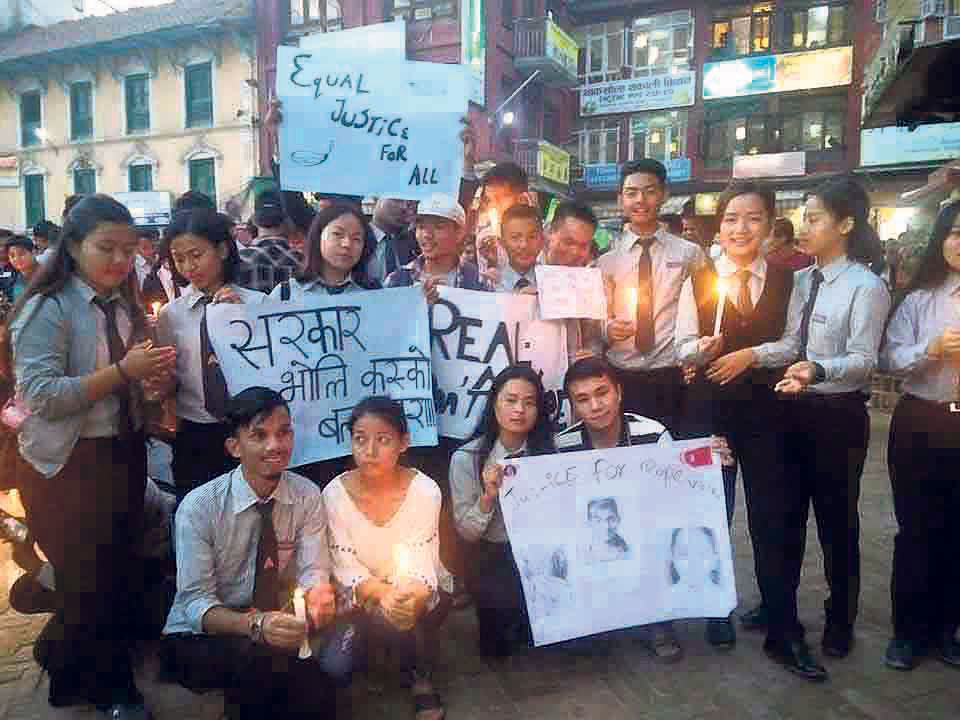 KATHMANDU, Sept 30: With the increasing number of rape cases in society and extensive reporting on the crime, rape has become a buzzword in media outlets such as television channels, newspapers and social media.

As children hear and see words like rape, rape-and-murder and sexual violence in different media and inquire about the meaning, Nepali parents sometimes find themselves in an awkward situation.

The Oxford English Dictionary defines rape as ‘the crime, typically committed by a man, of forcing another person to have sexual intercourse with the offender against their own accord’.

A report in February said 78 rape cases occur each month in the country. These are merely the cases that are reported and constitute only a small fraction of the total.

With the cases of sexual assault, molestation and rape on an increasing trend, it has become imperative for parents, guardians and society as a whole to inform kids and also themselves of the issues and terminologies associated with sexual violence.

Usha Pokharel, an educationist and author of several children’s books, says that sex education should begin from the home, early in a child’s life, without any sort of awkwardness or hesitation. According to her, the approach in talking to a child about rape varies according to age group. For toddlers, it is important that parents start with the basics, informing them about body parts, specifically the private parts and genitals.
“It is important that parents use the correct terms instead of euphemisms, as that can promote shame, discomfort and embarrassment about their body,” she said.

According to Pokharel, it is also vital that children know what consent is. She says this can begin early, through modeling consent at home. For instance, before helping your toddler get dressed, ask, “Can I take off your pajamas? And wait for the consent. If they say no, state the reasons why you are helping them and proceed only after they agree, while doing so focus on conveying that you are trying to help them”
Another approach can be a demonstration of the difference between what is called ‘good touch’ and ‘bad touch’.

Pokharel believes that mothers are more preferable to act out the different kinds of touches in front of their toddlers so to make them conscious of boundaries and privacy from a young age. She, however, puts strong emphasis on the need to provide complete information to kids and states that a little knowledge can be extremely dangerous in this situation, posing the risk of experimentation by kids out of curiosity.

Professor Dr Saroj Ojha, leading psychiatrist of Nepal, says it is necessary for kids to know the existence of two different sexes, and their respective difference in physique and varying sexual orientation. “Rape is an extremely sensitive topic and must be dealt with carefully, openly, and comfortably,” Dr Ojha said.

‘Game play’ is also a suitable way of dealing with issues regarding rape with toddlers, according to Dr Risab Koirala, psychiatrist at Grande International Hospital, Kathmandu. It is a gradual approach by which guardians play games which involve touching different body parts and then questioning if someone else has done the same with them, and identifying the perpetrator if the answer is affirmative.

Campaigns have been initiated in various schools across the Valley in an effort to fight rape. Dr Madhurima Bhadra was part of a counseling program organized at Apsara Public School, Pepsicola. She talked with students and teachers about sex, sexuality, puberty, abuse. Similarly, to mark Non-Violence Day, self-defense activity is being conducted in Sanothimi.

Sex continues to remain a taboo subject in our society. Pre-marital sex is considered illegal even today. According to Dr Koirala, sexual drive is high between the ages 16-26, and the median age of marriage among the educated population is the late twenties. “Given such laws, individuals cannot replenish their sex drive, which causes many to commit crimes like rape in hiding.” According to him, as long as sex isn’t normalized and the taboo related to sex education, contraceptives and sexuality as a whole isn’t broken, rape cannot be prevented.

One held on rape charge

GULMI, Oct 17: The police have arrested a man on the charge of raping 20-year-old from Ishma rural municipality-3 in... Read More...

NC will put UML in its place: Gagan Thapa
47 minutes ago