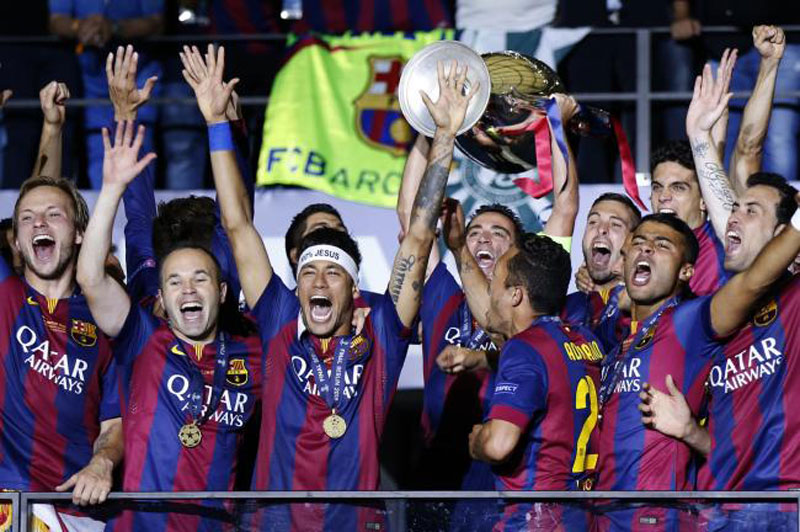 GENEVA, Sept 10: Europe's top soccer leagues say they will resist any moves toward an elite Super League atop a three-tier structure of domestic and multi-nation regional divisions.

Amid concern that a few wealthy Champions League clubs are driving change, the European Professional Football Leagues group wants talks with the next UEFA president soon after the election next Wednesday.

"It is urgent," EPFL chairman Lars-Christer Olsson told The Associated Press in an interview on Friday. "It's only the leagues defending the European values in European football."

The influence of European Club Association members like Real Madrid and Juventus was seen in a new deal for Champions League entries and multi-billion dollar annual prize money distribution announced by UEFA last month for the 2018-21 seasons. It kept the 32-team format but the details favored storied clubs from Spain, Germany, England and Italy.

"I can also see a risk they are trying to introduce this three- or four-tier system in Europe as they have been talking about," Olsson told The AP.

More talks are planned — and more radical proposals are expected — within months when UEFA and ECA leaders begin to shape the Champions League for three seasons from 2021.

ECA chairman Karl-Heinz Rummenigge said this week clubs would stay and work "under the umbrella" of UEFA, when asked if a breakaway Super League backed by Chinese investors was possible.

The traditional European soccer structure already faces upheaval with a midseason break for the 2022 World Cup in Qatar.

In June, UEFA acknowledged it was open to considering multi-national leagues that are currently barred by its rules.

Those could involve regions such as the Balkans or Scandinavia, whose clubs would be squeezed out of a 24-team Champions League or a closed Super League, Olsson said.

"The worst scenario would be that they are starting playing a European private league on weekends, for example, and competing head-to-head with traditional domestic football," he said.

While Champions League matches on Saturdays would be popular with non-European broadcasters and sponsors, UEFA resisted them in recent talks despite the promise of increased revenues.

UEFA also presented its deal as a success as it kept all matches in midweek — until the final on a Saturday — and "keeps the dream alive" for all national champions to qualify.

Olsson said he expected weekend matches to be proposed again next time, but that an elite, closed league would not happen yet.

"For 2021, (Champions League entry) has to be on sporting merit," he said. "Otherwise, everybody would see what they are trying to achieve."

The likelihood of a UEFA Super League grew last month when the European body said a joint commercial venture with ECA to "play a strategic role in determining the future and the management of club competitions."

A request to meet and soothe leagues' anxiety before their Oct. 21 assembly in Zurich will await the next UEFA president — either Aleksander Ceferin of Slovenia or Michael van Praag of the Netherlands.

"We have to have a solution with UEFA (this year), definitely," Olsson said.