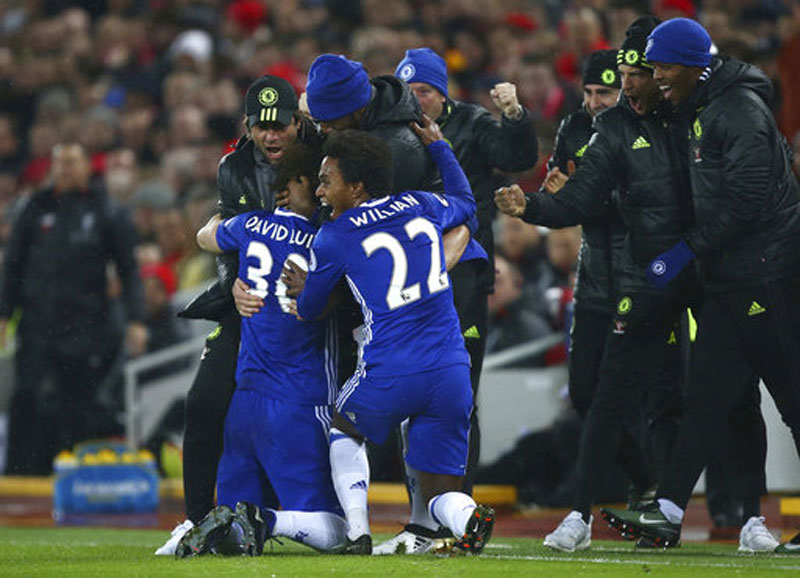 What to watch in the leading football leagues in Europe this weekend:

The race is on to see which comes first in the Premier League this season: Chelsea clinching the title or Sunderland getting relegated.

It could be a close, with seven games left.

Chelsea has a seven-point lead heading into its trip to Manchester United on Sunday, while last-place Sunderland is 10 points from safety going into a home match against West Ham on Saturday.

Chelsea needs five more wins guarantee the title, and the match at United is the toughest of the leaders' remaining games. Apart from a match at Everton on April 30, there seems to be few realistic opportunities for Chelsea to slip up.

Helping Chelsea this weekend is the fact that United is playing in between games in the Europa League quarterfinals, meaning manager Jose Mourinho could rest key players.

Sunderland is synonymous with producing late-season charges to safety but it looks unlikely this year. The club has gone more than 11 hours without scoring in the league: Not a great record for a team that likely needs to win six of its remaining matches to escape.

After a week of struggles, Barcelona hosts a Real Sociedad side it has only beaten twice in their last six league games.

Coming off consecutive losses — at Malaga in the Spanish league and at Juventus in the Champions League — Barcelona needs a win at the Camp Nou on Saturday to try to stay close to league leader Real Madrid, which is three points ahead with a game in hand.

Madrid, unbeaten in eight league games and further buoyed by a 2-1 win at Bayern Munich in the Champions League, will play at Sporting Gijon, which has won only one of its last nine matches and is in the relegation zone.

Inter Milan is owned by Chinese group Suning, while the delayed sale of AC Milan to a group of Chinese investors was expected to be completed Thursday. The league optimistically says the match could reach up to 566 million households in the Asia-Pacific region and be the most-watched match in Italian football.

The city rivals are battling it out for a place in Europe.

Inter, which lost at Crotone last weekend, has picked up only one point in its last three matches and dropped to seventh, two points behind AC Milan and the last qualifying spot for the Europa League.

Milan could rise above Atalanta, which visits second-place Roma, while Juventus, which has a seven-point lead over Roma, goes to last-place Pescara. All 10 matches are being played on Saturday because of Easter.

Wolfsburg, the 2009 champion, faces a crunch game on Saturday at home against next-to-last Ingolstadt, which is on a three-game winning run and would move above the Volkswagen-backed club with another.

In the relegation playoff place, Augsburg, enduring a six-game winless run, faces a tough game at home against Cologne. Mainz, which has lost five in a row, hosts Hertha Berlin. Only goal difference separates Augsburg and Mainz.

On Sunday, there's the northern derby between Werder Bremen and Hamburger SV. Both were deep in relegation trouble and a loss to either would drag them back in. Hamburg is only four points clear of Augsburg.

At the top of the standings, Bayern Munich needs only three wins to wrap up its fifth consecutive title. Bayern visits relegation-threatened Bayer Leverkusen on Saturday, with the priority now overturning a 2-1 first leg loss to Real Madrid on Tuesday to reach the Champions League semifinals.

Known as "Le Classique," the match between Paris Saint-Germain and Marseille only ignited as a strong rivalry in the 1990s.

For the real French derby you have to look to Saint-Etienne and Marseille, the most decorated clubs in France.

Saint-Etienne dominated during the 1960s and 70s, with Marseille becoming one of its strongest rivals after regaining a spot in the top flight in 1966. The Mediterranean club remains one behind Saint-Etienne's haul of 10 titles.

Although their rivalry softened eventually with Saint-Etienne's sporting decline, both clubs still enjoy the support of a national fan base and their matchups are always intense. Saint-Etienne is three points behind sixth-place Marseille before traveling to the Stade Velodrome on Sunday.

At the bottom of the standings, the relegation battle is still wide open, with the last five teams — Bastia, Dijon, Lorient, Nancy and Caen — separated by only four points.

Dijon has a daunting trip to Monaco, the best attacking team in Europe, while in the midst of a seven-game winless run. Boosted by its 3-2 Champions League win at Borussia Dortmund, Monaco is aiming for a sixth consecutive league win to keep its three-point lead over Paris Saint-Germain at the top.

With seven games remaining this season, the race for the title is a three-way fight between Monaco, Riviera neighbor Nice and PSG. Defending champion PSG is at Angers while Nice — lagging four points behind Monaco with a game less to play — hosts Nancy. 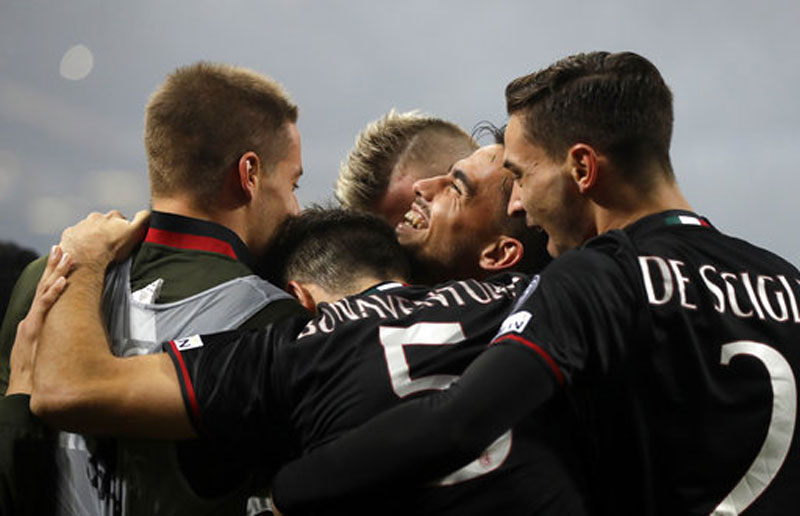 What to watch in the leading football leagues in Europe this weekend: ... Read More...

The world’s biggest sporting event, the 2018 World Cup has begun. If you’re looking for some of the best places... Read More...

One killed, 22 injured in bus accident
33 minutes ago