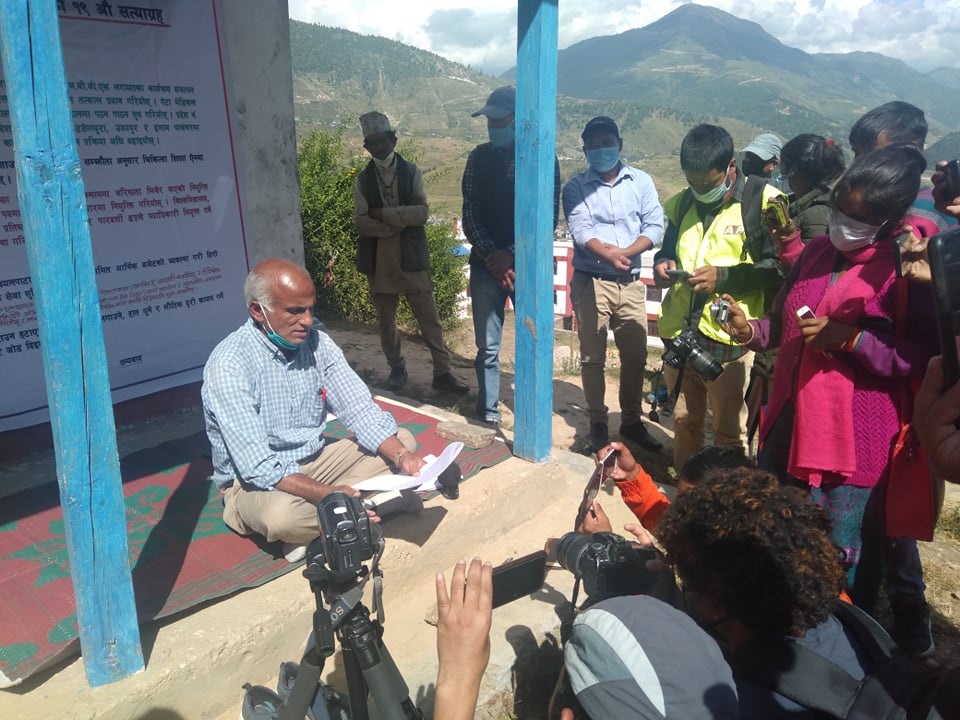 Dr KC, who has been fighting for reforms in the medical sector, has put forward a five-point demand to the government before announcing a hunger strike for the 19th time.

Issuing a press statement, Dr KC said that the government has shown apathy to fulfilling past agreements to reform the medical sector of the country. “The government should start academic sessions at Geta Medical College and Rapti Academy of Health Sciences,” he said.

“The government should make amendments to the Medical Education Act as per the agreement reached two years ago,” he said, adding that he had no other option than to go for a hunger strike as the government didn’t fulfill the past agreements signed with him.

“I have come this far for a fast-unto-death as the local administration obstructed my program,” he said.

BIRGUNJ, Oct 8: Different groups have staged demonstrations in Birgunj to express their solidarity with the ongoing hunger strike of... Read More...