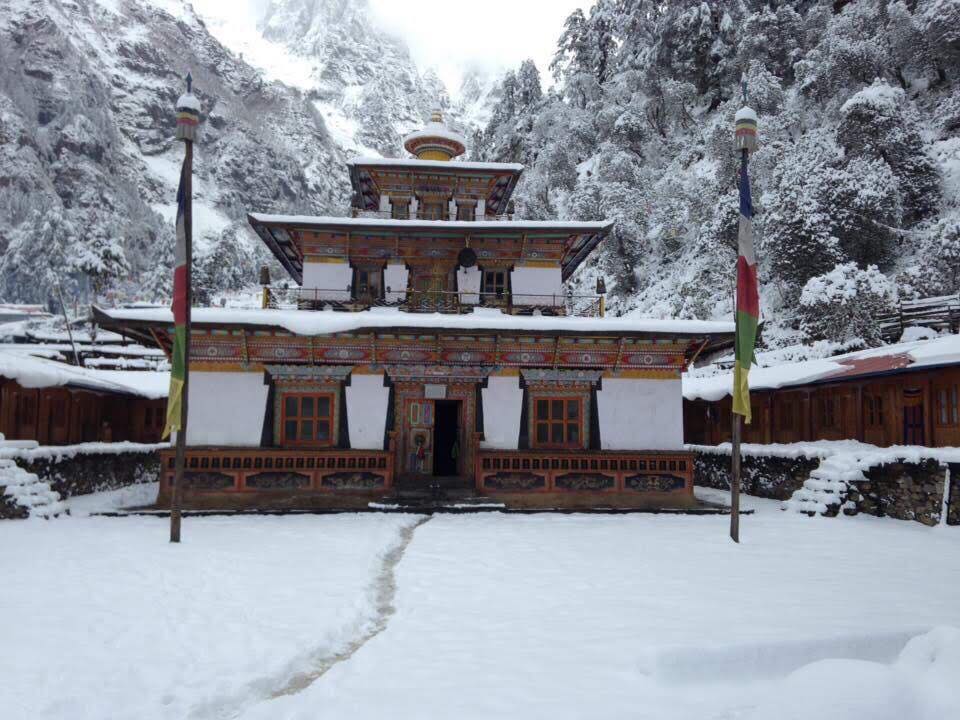 KATHMANDU, Sept 14: The phone rang. The receiver was greeted with a frantic message from the other end. “Call your sister Dolma immediately! Looks like something really bad has happened.”It was around 9 am last Saturday. Dawa Gyaltsen Lama, 23, of Swayambhu, immediately followed his father's instruction. “Dolma, where are you? What happened?” he inquired.

“I don't know where I am. I was in the helicopter earlier and now I woke up in a jungle,” replied Dolma Lama, who was already supposed to land in Kathmandu from Samagaun, a very remote village on the lap of Mt Manaslu. Fearing the worst, Dawa gave the phone to his elder brother, Palsang Lama, 35. It did not take long for them to establish that her helicopter had crashed. 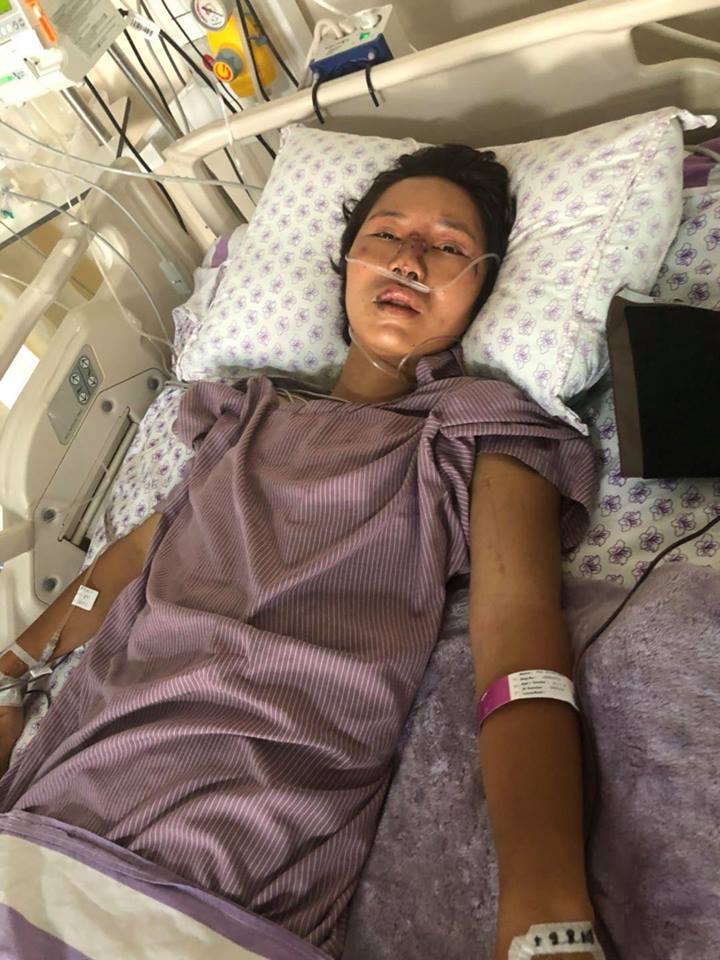 Without wasting time, the family informed the helicopter company Altitude Air, which was yet to confirm the crash. First, one helicopter from Altitude went to locate the probable crash site estimated by tracker system. The first helicopter returned without much success due to bad weather. Then later, four helicopters took flight from the TIA for search and rescue operation.“Although we spotted the crash site, it was not possible to land there as the crash site was in a dense forest on a steep hill,” said Sitaram Sapkota, Director of Altitude Air.

After landing, rescuers had to walk two hours on foot to finally reach the crash site at Mailung Pakha of Meghang Rural Municipality, Nuwakot. The rescue team managed to reach the site at around 2 pm, according to Sapkota. The ill-fated helicopter, with a call sign 9N-ALS AS350 B3e, had gone to drop Chinese tourists and cargo to the trekking destination Samagaun in the north of Gorkha district.

On September 8, it was returning to Kathmandu with three locals, one Japanese tourist and two persons assisting the Japanese national. Senior pilot Nischal KC was in charge. But none of them, except Dolma, came out alive. She was found at around 2:30 pm, seven hours after the incident.

Along with Captain Nischal, the deceased are Dilli Bahadur Gurung of Ramechhap, Tsewang Nurbu of Gorkha, Sunil Tamang of Sindhupalchowk, Hira Sherpa of Dolkha and the Japanese national Hiromi Komatsu, who was returning after a failed attempt to scale Mt Manaslu. Tsewang Norbu was also a relative of the family.

Dolma was brought to the Lalitpur-based Nepal Mediciti hospital at around 5:45 the same day, according to her relatives. Her body was fully battered. She has multiple broken ribs, cracks in hip bones, and a blood clot in her head. She has been receiving treatment in the Intensive Care Unit of the hospital.“She cannot speak much. She sweats badly if we ask questions. So we keep our conversation soft and avoid talking about the incident as per the doctor's suggestion,” said her brother Palsang, who is the eldest among the family's six siblings. But he added that her health is now improving.

Doctors have prohibited relatives from talking about the crash with Dolma due to her brain injury. So far, her only account of the incident, as told to her relatives, is that she did not see the helicopter when she gained conscious. She managed to make a phone call to her relatives and then dragged her battered body a few meters away in the hope of calling out for help. But she was all alone.

Dolma, a Buddhist nun, had studied Buddhism in India and has been serving Serang Monastery at Chumnubri, Gorkha, for the past five years. She teaches at the monastery and also assists in its administrative affairs, Palsang said. She had reached Lho-2 to assist her father and was planning to visit Kathmandu to meet her brother Palsang, who recently arrived from the USA. It takes around seven days to reach Kathmandu from Samagaun while one can reach the country's capital in around 45 minutes if he or she takes the aerial route.“

At first, she was set to walk to the district headquarters and catch a bus to Kathmandu from there. But the road becomes dangerous during the monsoon so she decided to travel in a chopper from Samagaun,” Dawa said, adding, “It is a miracle that she survived a major air crash.”Nepal is ranked very low on the air safety index due to the frequent occurrence of such accidents. In the past eight months alone, eight air accidents have taken place, killing 59 persons, shows the data maintained by the Civil Aviation Authority Nepal. 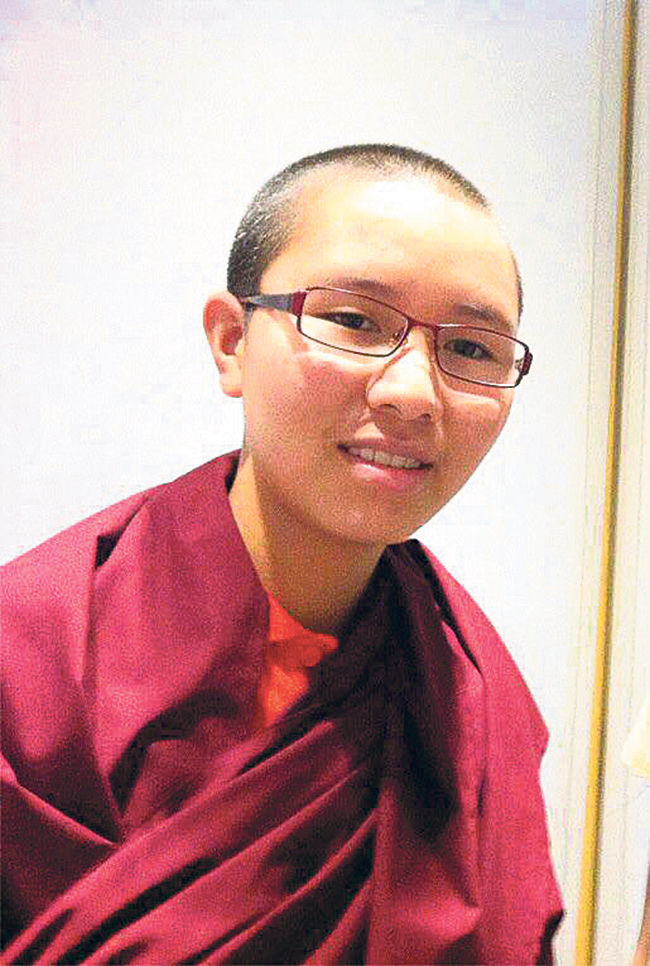 HAVANA, July 28: Mailen Diaz Almaguer, 19, was initially one of three female survivors of the accident in which a... Read More...

NUWAKOT, Aug 11: A helicopter of Mountain Air with four passengers on board made an emergency landing at Mahadev Phant... Read More...