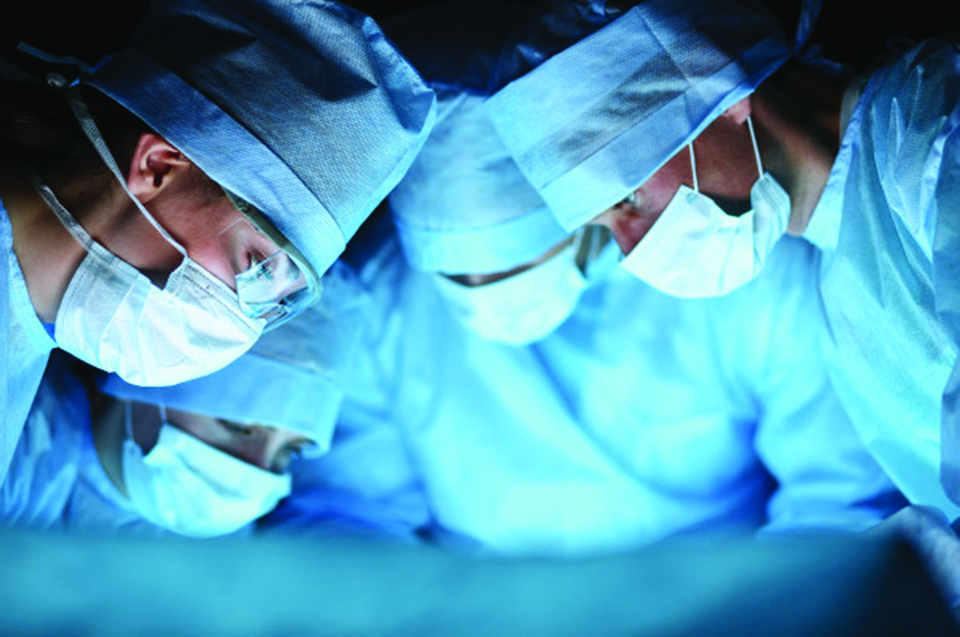 Some doctors are not sympathetic to their patients. They launch their stethoscopes at private clinics and hospitals against their patients to make quick bucks

I have utmost veneration for the people in lab coats (aprons) with empathy toward their patients. My first impression was formed upon seeing a physician, late Dr Upendra Devkota, who was head of Bir Hospital’s neurosurgery ward, where my mother was admitted for a malignant spinal tumor surgery almost 25 years ago.

A boy from Dolpa, who had broken his skull exposing his brain, was also admitted. Many patients who could arrange to have their food brought from home served the free canteen food to the boy’s caretaker (father) behind the administration’s eyes. Sins to benefit the needy are not only pardonable but also preferable. Only humans with glistening hearts can act for such noble cause. Dr Devkota arranged complete treatment cost of the boy through hospital’s financial assistance program. The doctor, patients and their caretakers were acting in unison.

This might sound somewhat unconvincing because a hospital founded by late Dr Devkota is frequently in the news for its alleged adoption of tricks to prolong patients’ hospital stay, and also to delay their discharge until full bills are paid. I don’t believe in deification of human beings nor do I believe in demonization. Access to resources begets resourcefulness. Resourceful people are often maniacs but never mean. Only desperate people descend to depravity.

I know there are some doctors who are not sympathetic to their patients. They launch their stethoscopes at private clinics and hospitals against their patients to make quick bucks.  They see the latter waiting in the lobby as the sacrificial animals lined up at the altar. They prescribe drugs no matter what minor problems their subjects may have. Their fixation with antibiotics is scary. Their generic prescriptions are implausible. The medical representatives (MRs) are their closest allies and bosom partners.

I myself have taken umbrage at some doctors for advising me to avoid deep-fried food, ghee or animal fat several times while I was living barely on vegetable soup and rice in Kathmandu as a struggling denizen employed with private sector fresh off the college. Chicken meat was an occasional guest in our all in one (study, bedroom and kitchen) cramped room. Goat meat was the result of a windfall. One such windfall happened when I was checking the answer sheets of intermediate level students of the oldest university in Nepal. I found a five-hundred rupee note folded and tightly attached to an answer sheet. It was followed by a request note written in Nepali from a male student who was on his third expedition to conquering the Everest of English. The final score was sort of 19 more to pass. I mostly rewarded those 13 numbers for his time, labor and ink expenses. The answer sheet was a semantic and syntactic wasteland. He must have been a political leader now by palm-greasing his way to the top.

Back to the doctors, it doesn’t make any sense to warn the patients who live (like I used to do at some time) by ‘bhat’ (plain boiled rice) and ‘bhutun’ (token oil/ghee for vegetable soup/curry). Their advice to emphasize on eating fruits sounds more sarcastic rather than sincere. Their indulgence in generalization of diagnosis and prognosis approaches is plain wrong and outdated in this age of highly personalized and customized medical practices.

Even some doctors in America have disappointed me. The doctor advised me to reduce use of social media and prefer more outdoor activities like sports, jugging or walk to curb weight gain during my latest visit. He was taken aback when I told him that I was aloof from social media for more than three years now.

I am trying to adopt a healthy lifestyle as much as possible. I keep going to parks which have basketball/tennis/volleyball courts, soccer/football fields, baseball pitches, and children’s playgrounds in the suburb of Raleigh (capital of the state of North Carolina) where I currently live. The gardens in these parks resemble venues of flower festivals with the dominance of rose blossoms around May and June. The landscape evokes memories of New Road in Kathmandu on the eve of Deepawali when flower vendors and small farmers sell sayapatri (marigold), makhamali (globe amaranth) and even lalupate (bougainvillea; mostly used in decorating festoons).

My Nepali readers must be wondering if North Carolina exists in America because they are overwhelmed by news coverage of California, New York, Georgia, and Texas and so on. Small states and towns in America are more vibrant and livable than the exorbitant and disquieting big cities. America is more than read in newspapers and watched on televisions. It’s like a story that has no proper begging, middle and the end. It’s an amazing instance of reconciliation of centrifugal and centripetal worldviews.

Life in the US

America is a country of extremes where pro-life conservatives attach more importance to a pulsating life of fetuses in the womb but refuse to raise voice against senseless gun massacres. It’s a country of pro-choice liberals who uphold abortion as a means to mothers’ (especially victims of incest and rape) safety. It’s a country of people whose hearts bleed to see heart-wrenching images (in the news) of people and children dying of hunger and malnutrition anywhere in the world. They are ones who make the most online donations to save those lives in peril. The heart of America is simply unfathomable. It’s sublime and dark at the same time.

The Yankee English drives people nuts who are schooled in British English vocabulary. Every speaker knows English is a crazy rich language. America makes it even crazier. Soccer is what people call football in Nepal. Football is a sport that is played with hands in America. You better be aware of difference between these two words while talking to any American to avoid any confusion.

Murphy’s Law states if something can go wrong, it will. Many people who frequent parks in America are seen drinking soda while their children merrily munch on potato chips. Both of them are reported to cause medical conditions including obesity, diabetes, stroke, and even calamities like cardio-vascular failures. Spring/tap water is the best thirst quencher. Researchers have proved that most purified (bottled) water sold in the markets are loaded with chemicals to enhancing taste which are invariably  hostile to our health and immune systems.

Studies have shown plastic utensils to sap semen level in people using them as the chemicals in them are known to mimic “naturally occurring hormones in the body like estrogens (the female sex hormone), androgens (the male sex hormone) and thyroid hormones.” The scale of use of plastic utensils in Nepal is alarming but our ‘sarbagya’ (know-all) doctors are reluctant to spread information about such simple but life changing issues with their patients.

Most people on the move from villages to towns or vice versa are seen feasting on soda and fast food (noodles) in the roadside eateries and hotels. Tap water and ‘bhuteko makai’ (popped corn) are far superior and organic alternatives to fight thirst and hunger instead of sugary drinks and junk foods laden with preservatives with manipulated manufacturing dates.

It does just take a few years for any nation to plunge into deep debt when its people shy away from producing crops and vegetables in their fields but take pride in buying imported and packaged junk food and bottled water. Such trends of expenditure only exacerbate trade/budget deficits and constraints leading to irreversible hyperinflation.

If Prime Minister Oli and Chairman Dahal are truly concerned about Madhesi welfare, they should work to tame Koshi floods... Read More...

Doctors are paid poorly. They do not get housing and transport perks and even salaries are, at times, delayed or... Read More...