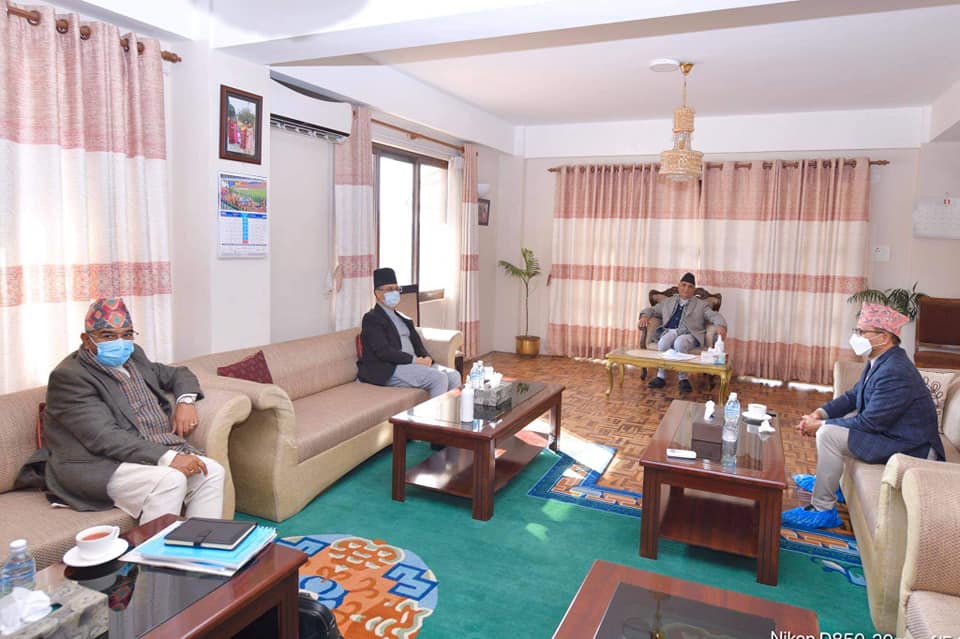 Sources close to Prime Minister Oli said the CC meeting is expected to take decisions on some crucial appointments at various constitutional bodies. The CC meeting comes a day after Chairman Oli and Executive Chairman Pushpa Kamal Dahal agreed to withdraw the ordinance issued on Tuesday and present a joint political paper of Oli and Dahal before the Standing Committee meeting scheduled for December 20.

Currently, there are six members in the Constitutional Council meeting. The CC meeting chaired by the Prime Minister includes the Chief Justice, Speaker and Deputy Speaker of the House of Representatives, Chairman of the National Assembly and the leader of the main opposition party as members.

As the existing constitutional provision makes it mandatory to have the presence of five members to hold the Constitutional Council meeting, Prime Minister Oli had decided to introduce the ordinance after House Speaker Agni Sapkota-- a confidante of Dahal-- chose to boycott the meeting.

The ordinance paves the way for convening the CC meeting even if only three of the six members are present. During the CC meeting on Tuesday evening, Chief Justice Cholendra SJB Rana and National Assembly Chairman Ganesh Prasad Timilsina had attended the meeting chaired by Prime Minister Oli.

While the post of Deputy Speaker is currently lying vacant, House Speaker Agni Sapkota and the main opposition party leader Deuba have decided not to attend the meeting. Only three of the six members of the Constitutional Council are likely to be present in the Constitutional Council meeting today. NC Spokesperson Bishwa Prakash Sharma said Deuba will not attend the CC meeting until the controversial ordinance issued on Tuesday is withdrawn. Sources close to Speaker Sapkota said he is not invited to the meeting.