Debates on naming of Province 2 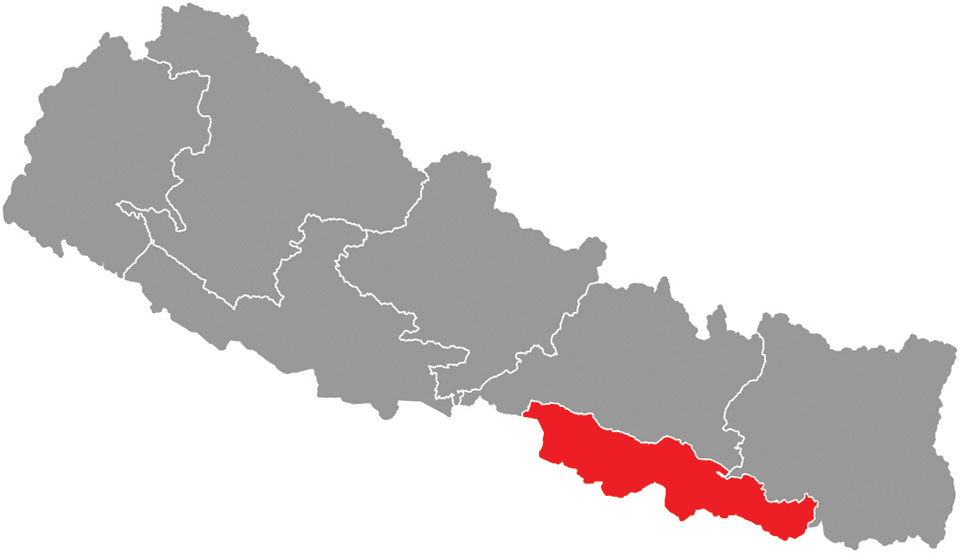 Instead of inserting an elitist identity of Mithila, it would serve greatly if “Tharuhat,” an identity of a subdued community, is included as a prefix

The committee tasked with presenting a report on naming of Province 2 has started its work. The committee under the chairmanship of Dr Haribansh Jha has an arduous task of deciding possibly an undecidable. A closed-door meeting of the committee in Birgunj last week was marred with heating discussions. The meeting with called without public announcements, and the fully day schedule looked like a typical conference with breakfast and luncheon, but it couldn’t attract more than 50 participants. And it was wrapped up well before the scheduled closing time.

The program gave a clear verdict, a resounding mandate to call the province “Madhya Madhes”. There was nobody who suggested the alternatives. The committee will only take suggestions from the headquarters of the eight districts. This by no means a referendum, or even a broad survey. District headquarters are generally bastions of Madhesi parties and their supporters. As the committee moves eastward in the province, call for inclusion of ‘Mithila’ in the name of the province is expected to gain currency.

Facts and myths
Mithila is fraught with duality and contradictions. Rest of the nation might not know the nuances of this identity, but Madhesis in general are fully aware of it. Only select elite castes among Madhesis exclusively feature “Maithil” as their sub-caste or “kuri” as it is known locally. The rest have hoards of other sub-groupings: Byahut, Dahiya, Janakpuria, Ghosin, Goud, Kamlapuri, Kanaujia, Kochila, Krishnaut, Lamputchawa, Magahiya, Sagahut, and Sisnaut.

“Mithila Mahatmya” from Vrihadvishnupurana has “Mithila” as capital city of a nation called Teerbhukti. In this, the area enclosed within Koshi, Ganges, Gandak and Himalayas is called Teerbhukti, not Mithila. Most confuse this text with the earlier composed Vishnupurana, a true Purana, manuscripts of which are well studied.

According to Pandit Bhavanath Jha, who studies manuscripts, “Mithila” was used only to mean a city in all Vedic and Puranic texts. It is during the end of Simroungarh’s Karnata dynasty that Mithila’s usage as a country is substantially found. Chandeswara Thakur, prime minister of Karnatas in Simroungarh, uses “Mithila” to mean a nation in his book Kritya Ratnakara in 14th century CE.

Quite remarkably, Tibetan traveler Dharmasvamin, who travelled throughout Kathmandu Valley, Simroungarh and Bihar in 13th century CE, doesn’t mention Mithila, but calls the north-eastern Gangetic plains Tirhut. Perhaps he did not visit the city called Mithila then.

The bigotry of Mithila activists is glaringly visible in their manner of treatment of Maithili language, and Maithil identity as a whole. With the exception of national census, languages spoken by most are considered sub-standard to Maithili, if at all considered Maithili. This has given rise to many people identifying their language as Magahi (or Thethi). Some happily accept their language as sub-standard, and so adopt the more “standard” version of the language.

Bajjika in India is still considered a dialect of Maithili, and dictionaries of Maithili treat Bajjika words as “obsolete” or “less preferred” if at all they include them. Not surprisingly, Bajjika since 2001 has been given an independent language status by the Central Bureau of Statistics.

Lesson from south
Views on naming of Province 2 will be polarized further. But we must remember that politics in Tarai, though deeply caste-oriented, has to a great extent managed to keep at bay rampant caste slogans that are common in Bihar.  It could be credited to the politics that hinges on issues of Madhesi sentiment that has a perennial and common punching bag for all sections of the society in the name of hilly rulers. This common rival has certainly united historical elites, Dalits, Janjatis, Muslims, middle caste and others. Rather than inclusion of an elitist identity into the name of the province, it would serve greatly in the long term if “Tharuhat”—an identity of a subdued community is included as a prefix to Madhesh for the province.

The early settlers of Tarai in Province 1, 3, 5 and 7 are at a huge disadvantage mainly due to gerrymandering of the provinces. Inclusion of a new political terminology into the identity of the province could instigate political fragmentation, in which political parties upholding cause of true Maithils in Province 2 would vie against those advocating for holistic Madhesi issues.

The author is a sociologist currently involved in heritage conservation works in Simroungarh.
scyfie@gmail.com

JANAKPUR, June 28: The Province 2 government has started distributing cycles to Grade 8 girls of various community schools in the... Read More...

JANAKPURDHAM, Sept 28: Aimed at promoting greenery in Province 2, also known as the bread basket of the country, the provincial... Read More...