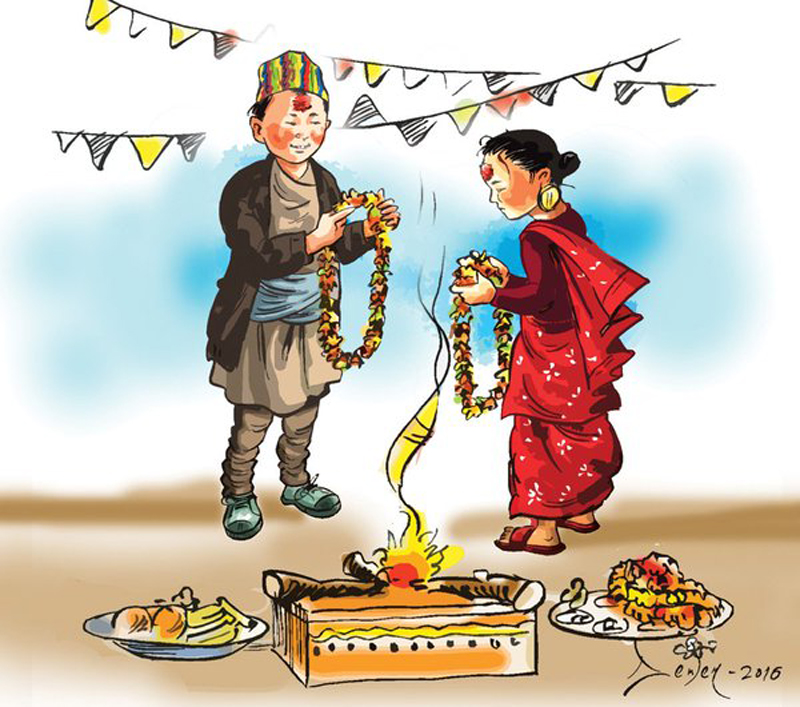 DANG, Feb 17: Temple priests of Dang district have gone out of their way to stop child marriage. They have joined their hands to eradicate under-age marriage after undergoing training on child marriage organised by Tulsipur Sub Metropolitan City as part of the aim to make the sub-metropolis child-friendly.

According to the UNICEF, data indicates that Nepal has the third highest rate of child marriage in Asia, after Bangladesh and India. It also shows that 37% of girls in Nepal marry before the age of 18.

Dang priests have played their part by discouraging child marriage taking place at temples. Their initiatives are bearing fruit as 28 incidents of child marriage have been aborted at Trishiddheshwori Temple so far the current fiscal year, said priest Buddhiram Bhattarai.

He said they allow couples visiting the temple to get married only after scanning their citizenship cards and academic credentials. "We have joined the anti-child marriage campaign after undergoing training, and results are good. We allow only the couples crossing the legal age of 20 years to get married," he said.

In some cases, he said, they were under pressure from parents to allow child marriage.

The Sub Metropolis in coordination with Nawajagaran Women and Children Centre provides training on child marriage two times every year.

JUMLA, Jan 12: The daughter security program is proving to become effective and fruitful. The initiative has been launched by the... Read More...