Criminal case filed against police over assault on Nagarik journalist 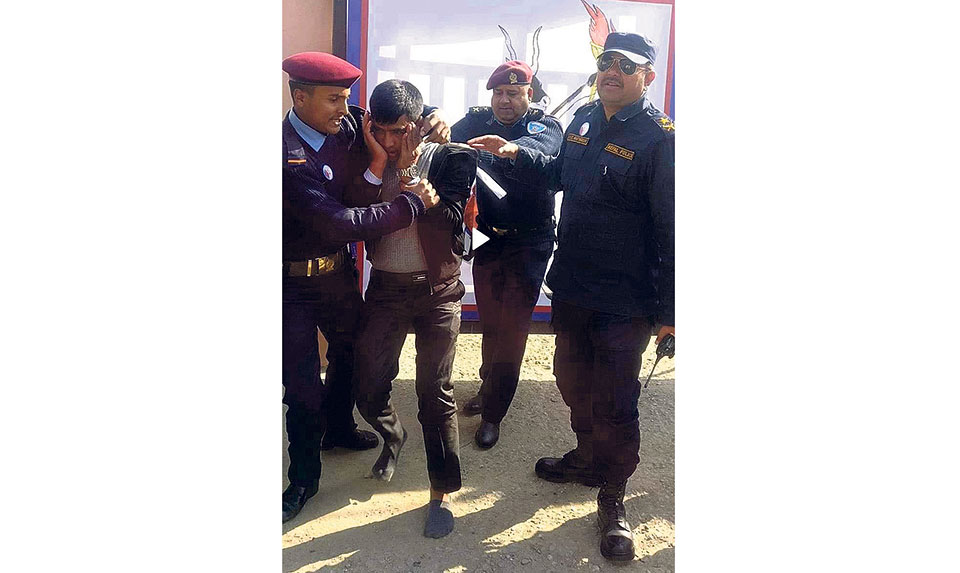 KATHMANDU, Dec 18: A criminal case has been filed against police personnel involved in manhandling and beating up journalists during the 13th South Asian Games (SAG) in Kathmandu.

Nepal Republic Media Limited — the publisher of Nagarik and Republica dailies — filed the case at Kathmandu District Court stating that its journalist was beaten up by police in the course of carrying out professional duty of collecting news.

Madan Aryal on behalf of Nepal Republic Media and journalist Suman Chapagain, who was beaten up by the police, jointly filed the petition against the police personnel demanding upto Rs 30,000 in fine and upto three years in jail sentence.

Deputy Superintendent of Police (DSP) of Metropolitan Police Range Office, Sorhakhutte Santosh Singh Rathour, DSP at Metropolitan Police Circle Office Kalimati Rugam Kunwar and DSP at Metropolitan Police Range Office, Balaju Balnarasingh Rana had beaten up journalist Chapagain on December 10. Inspector General of Nepal Police Sarbendra Khanal under whose command the police personnel were deployed for the security during the SAG has also been named as defendant. Registering the case as 076-C4-0932, the Kathmandu District Court has said the initial hearings in the case will be conducted on January 15, according to the legal section of Nepal Republic Media.

Stating that journalist Chapagain was seriously injured in the beatings and is still continuing medical treatment at Blue Cross Hospital at Tripureshwar, the police have been accused of committing crime mentioned in 191 of section 14 of the Civil Code. The clause deals with the beating up of persons and making physical assault.

The plaintiffs have demanded that the court fine the police for causing physical injury and giving mental torture to journalist Chapagain. On the final day of the SAG event, police personnel deployed in and around Dasharath Stadium had presented themselves in aggressive way, beating up scores of audiences and journalists covering the event.

‘Players winning more than one gold to get Rs 1.1m per gold’

UPDATE: Five dead, 12 injured in a road accident in Pyuthan
22 hours ago