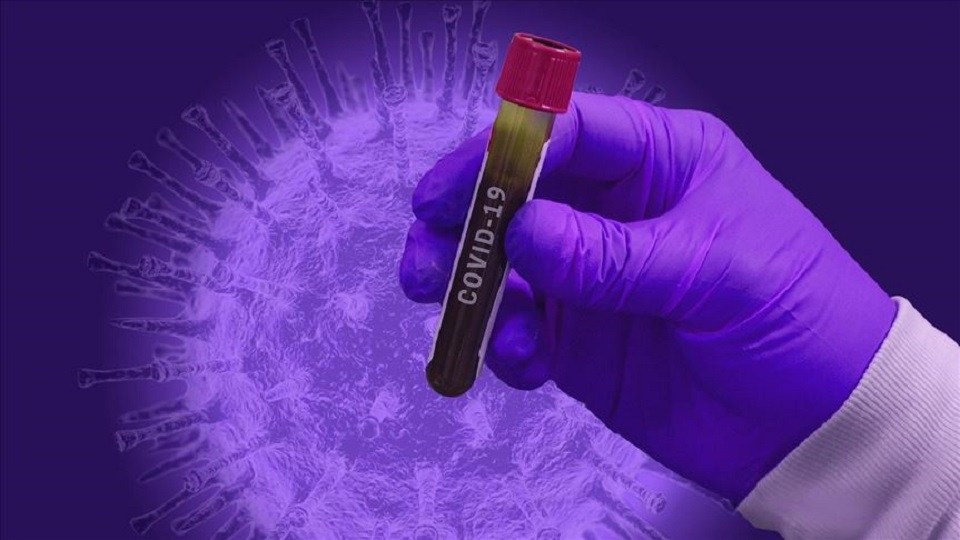 Dai is Distinguished Professor and Director of Institute of Bay of Bengal Studies at Shenzhen University. Basnyat is Brigadier General (retired) of Nepal Army
news@myrepublica.com

While America is engaged in minimizing the loss from the pandemic, China, on the other side of the globe, is doing its best to provide medical logistics to countries round the world

The Covid-19 pandemic has indicated an unprecedented change in the balance of world order—first of a state’s capacity, its limitations and priority and the second of the collapse of America-led world order. Regional Alliances like NATO, EU, ASEAN, SAARC etc have become almost irrelevant in Covid-19 humanitarian cooperation.

Every single nation has been left on its own to cope with this tragedy. Whether be it Italian and Spanish people voicing their concerns from the balconies during the lockdown, or the clear sky arching over China following the shutdown of industry or grievances of homeless Americans in the streets, or the touching scene of many Ecuadorians carrying the corpses of their relatives wrapped in paper on their shoulders with no coffin boxes available around for mass cremation, together, they all point to the worst nightmare humanity is facing.

In Italy, we see the doctors and medical staffs struggling to provide ventilators to some patients, while others are dying. Ecuadorians are unable even to cry their tears of agony over the deceased near and dear ones. These scenes will always sting us in our mind and memory.

The corona scare has also exposed the unpreparedness or lack of capacity of the countries to save lives of their peoples. America, globally known as most competent at warfare, appeared timid when it comes to saving life of its people. This has raised a question over its capacity and priority.

Regrettably, questions are also being raised toward those still believed to be most competent at detecting anything with their latest technology and skill. At this hour of crisis, they continue to appear confused and ineffective to save their people from disease and hunger.

Although the Westerners first raised the questions of human rights when China locked down Wuhan city by using ‘face detection’ and ‘scriber identification’ devices to save its people, the same techniques have been found best and replicated in other countries. Now they may have realized that their criticism referring to human rights violation was immature. We wonder if the scenarios are gradually unfolding whereby people think of ‘dictatorship’ as ‘necessary evil.’ In a way, it has also revived the debate of which political system is better: liberal democratic system or unitary system.

Noticeably or arguably, almost all the pandemics or crisis of similar intensity have acted as a bridge to epoch making changes in the world system. Apparently, the corona pandemic is very likely to have its effects as a game-changer at this period of time.

Erosion of US order

Also the pandemic seems to be crumbling the world system of America as superpower since the World War II. President Donald Trump’s initial dismissal of corona scare as trivial and his error of reading it right have had the consequences for America.

Many countries continued to allocate much more budget on defense, and always readied themselves in a position to attack any country anytime against their side. Their fickle and ineffective battle against the ongoing pandemic belies/falsifies their military might. With the overcrowded hospitals with corona patients and soaring number of those queuing up to collect the relief package on one side, America now has tough time to impress rest of the world that it is still strong and competent.

In the first phase of outbreak, President Donald called it nothing so big to worry about. When it increasingly worsened to take a form of pandemic he took to heaping blame on China. He took yet another move of cutting the budget of WHO at a critical time like now. He has already pulled out from Paris Agreement, Iran Atomic Dialogue and UN Human Rights Council. All this indicates that America’s leadership in the world is slipping off its hands. From now onward, the world community will likely stop looking up to America for help in times of crisis.

In the post-World War II decades, America perpetually secured its leadership by persuasion or imposition to get things done in line of its interests. It presented itself as being capable of settling any crisis in the world. Much water has flown under the bridges since those heydays. America is struggling to save its people’s lives. The American pride of sole leadership in the world, from error of terming the coronavirus as ‘Wuhan Virus’ in G-7 Conference, has ended up in ‘Mask War’.

Interestingly, even the NATO countries are alleging America of robbing them of the medical kits and equipment in pipeline from China. Not long ago, while China was groaning with corona scare, the Western media were competing to project China as ‘ailing country of Asia’. What’s more, they published pictures and cartoons making fun of Chinese food habits and defaming Mao, China’s founding father. They did not even care to think such insulting projections would hurt the feelings of Chinese people. History will document all these wrongs.

Several self-proclaimed analysts and experts predicted that coronavirus would lead to downfall of China or weaken Chinese Communist Party. China has proved them wrong. Instead, after rising up from the tragedy of Covid-19, China is actually expanding its capacity and influence by
winning overwhelming trust in the global community. China has not just set the record of handling the Covid-19 crisis with competent administration. After conquering corona with their skill and technique, Chinese are now reaching out with medical kits and instruments to the corners of Asia, Africa, North Korea and America. China has become a friend in need for the whole world. Thus every passing day, countries are looking up to China for help in times of crisis. Noticeably, while America is engaged in minimizing the loss from the pandemic, China, on the other side of the globe, is doing its best to provide medical logistics to countries round the world.

Maybe, in the context of corona and the end of American influence, we are passing through a time of uncertainty and contradiction never before witnessed or experienced in history. As facts stand now, things even inconceivable to the world have surfaced. It was far beyond our imagination that a thing like corona, invisible to the eye, would threaten the whole of humanity and the world would have to resort to lockdown at a time of rapid development and innovation of science and technology.

No one had even dreamed that in this ‘paperless advanced age’ people would break into the shops in Hong Kong just to secure toilet paper or others would have to fight for it in super markets of America and Australia. That there would come a time with soaring number of corona patients and deaths like this for a country with robust economy, capable (if so wished) to devastate the entire world within minutes with its most advanced atomic weapons was never ever imagined. Never before had the world seen such calamity.

Admittedly, Covid-19 has emerged as the greatest challenge to the entire humanity. It seems like the toughest test. However, new ideas and skills to fight it are also coming up. In Spain, private hospitals are being nationalized in a way to provide health care service to its people from one door.

At the moment, three things favor China to expand its strategic influence. First, while China has got overwhelming success to control corona, America and other developed countries suffered a huge defeat from the pandemic. Predictably, the world will tally and read the success and defeat in the graph of fight against corona. And, it will deal a hard blow on the image of America that enjoyed its status as capable and competent for any eventuality.

Second, China contained corona virus to just one province, and geared up its production industry which kept the demand and production ‘value-chain’ going without being affected even the slightest. The very state of intact value chain, which broke elsewhere in the world, proved itself as most competent, and in turn this success is sure to favor it to expand its strategic influence.

And, third, in the present context when many countries around the globe have witnessed downturn of their economy, analysts speculate, China is sure to secure more success than America did from its Marshal Plan during the post-World War II years.

Furthermore, post-corona years are most likely to be favorable for China as it has already forwarded Belt-and-Road Initiative (BRI) for financial assistance and infrastructure development for many countries in order to prove itself the world’s major power. The world cannot fight the epidemic without a sense of community of shared future. China's exploration and practice have brought important enlightenment to the world. In the face of the epidemic, the world must demonstrate strong and efficient organization and mobilization capacity, improve the governance system, enhance governance capacity and strengthen unity and cooperation with open mind.

Dai is Distinguished Professor and Director of Institute of Bay of Bengal Studies at Shenzhen University. Basnyat is Brigadier General (retired) of Nepal Army

The COVID shock to the dollar

The ongoing COVID-19 crisis is changing the world drastically. The crisis has turned into an unbelievable loss of human lives... Read More...