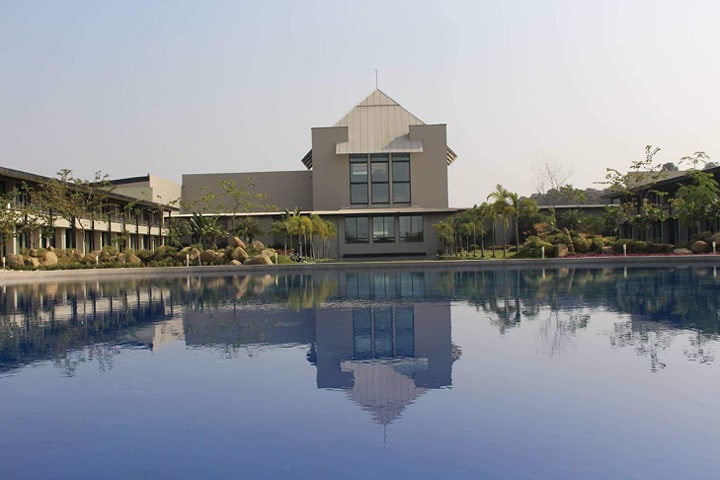 BUTWAL, Aug 16: Rupandehi District Court has, through an order, prevented Tiger Palace Resort from selling its shares. Responding to a supplementary case filed against the resort, the court on Tuesday ordered the resort promoter not to sell any share of the hotel.

The resort has been accused of building infrastructures by encroaching upon government land.

On July 14, a case was filed against the resort management on charge of constructing infrastructures by encroaching upon 10 katthas of land belonging to Lumbini Underground Water Project in Bhairahawa. Responding to the case, the court had ordered the hotel not to construct infrastructures, sell properties and use land as collateral.

The Silver Heritage Group, which owns the deluxe resort, however, initiated the selling process ignoring the court order.

Dismayed by the non-implementation of court order, Thaneshwor Ghimire, chairperson of Lumbini Nalkup Water Users' Group, Rupandehi, had filed supplement case against the resort and its promoter Silver Heritage Group.

Responding to the supplement case, a bench of district judge Ramesh Raj Pokharel on Tuesday directed the company not to sell the shares of the resort unless the case is settled from the court.

Ganga Prasad Adhikari, information officer at the Rupandehi District Court, said the selling of share was stopped in accordance with Article 156 of the civil code 2074. The court has ordered the company not to sell or transfer right shares of the properties registered in the name of Silver Heritage and Tiger One Pvt Ltd.

In the case filed at the court, Ghimire has accused the hotel administration of encroaching upon 10 Kattha and 18 Dhur of land of the canal including plots 120, 148, 152, 190 and 73 which were originally owned by Bhairawa-Lumbini underground water project. Some structures of the hotel have occupied the canal which used to remain a source of irrigation for locals.