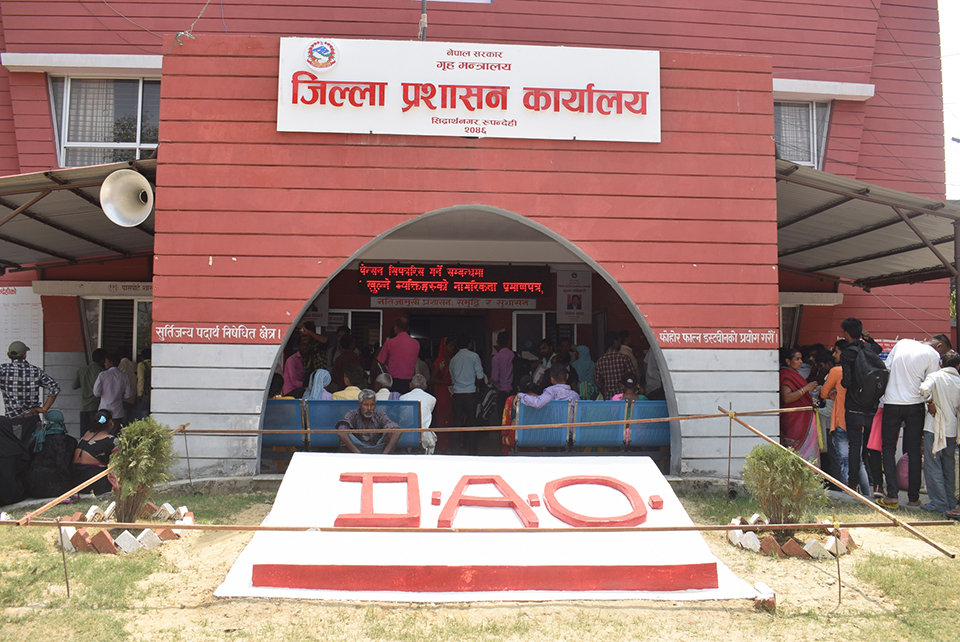 BHAIRHAWA, July 31: Eighteen Nepalis in Rupandehi district renounced their citizenship in the last fiscal year 2018/19. According to the acting CDO of Rupandehi, Bharat Kumar Sharma, they gave up Nepali citizenship in order to acquire the citizenship of other countries.

"They have given up their Nepali citizenship to get the citizenship of other countries. Since the process of getting citizenship in other nations does not move forward without renouncing the old citizenship, they took this move," he said.

He further stated that the applicants renouncing their Nepali citizenship include those who had been awarded the diversity visa (DV) or permanent residency (PR) of other countries where they have been living for long. "Many of those were also in marital relationships with foreigners," Sharma explained.

According to the records maintained by the District Administration Office, a total of 26,481 people received the Nepali Citizenship from Rupandehi in the last fiscal year. The administration office provides citizenship from the stations in the district.

The administration office stated that it has not kept a separate data on how many people claimed citizenship through their mothers and how many got it through their fathers in the last fiscal year.

KATHMANDU, June 20: The external sector position of the country continues to deteriorate in the tenth month of the current Fiscal... Read More...

KATHMANDU, May 29: Minister for Finance, Yuba Raj Khatiwada, is presenting the budget of over Rs 1.58 trillion for the upcoming... Read More...

Citizenship has become one of the most debated issues of Nepali politics for nearly over five decades. ... Read More...