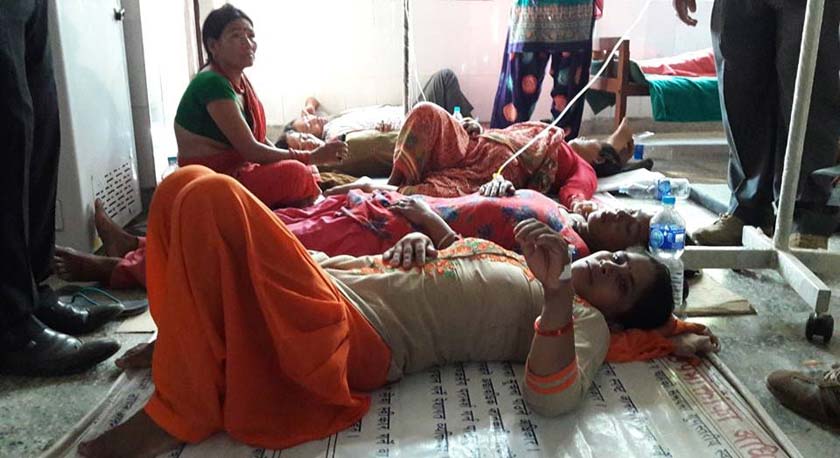 DANG, May 27: Consumption of polluted water from a contaminated drinking water supply source has spread diarrhea in two wards of Shantinagar rural municipality in Dang. By Sunday morning, the number of patients suffering from the epidemic increased from 419 to 439, according to chief of Shantinagar health post chief, Hari Pun.

“Until Saturday night, there were 419 people suffering from diarrhea, but by morning, the number have increased and more patients are coming to receive treatment,” Pun said.

While the health post has sufficient medicines to treat the patients, limited staffers to cater services have affected service seekers. “Yesterday, three doctors from Rapti Zonal Hospital had arrived, but they left quickly,” Pun said.

According to health workers, the epidemic was spread due to consumption of polluted water from local drinking water supply.  “We’ve been providing treatment and sending them home,” Pun said adding that five patients returned for further treatment. “Apart from the five patients, others are recovering.

DANG, June 17: At least 5,657 people from Dang suffer from cataract, according to a study by Nepal Netra Jyoti Sangh, Rapti. Read More...