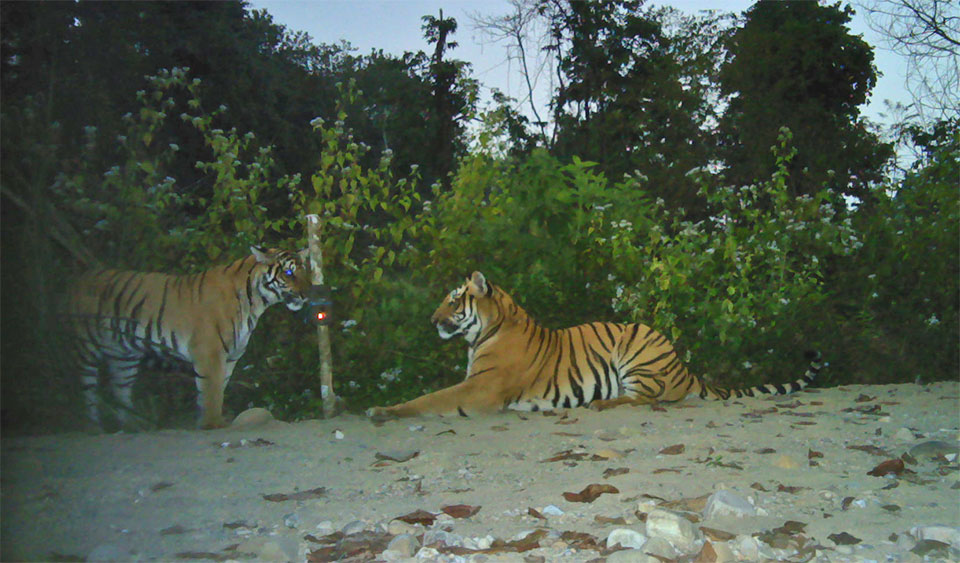 PANDHARKAWADA, Sept 9: The first victim was an older woman, discovered facedown in a cotton field with huge claw marks dug into her back. The next was an older male farmer, his left leg torn off.

The killings have gone on for more than two years, sowing panic in the hills around Pandharkawada, a town in central India. In mid-August, the mauled body of Vaghuji Kanadhari Raut, a threadbare cattle herder, was found near a rural highway. He was victim No. 12.

DNA tests, camera traps, numerous spottings, and pugmarks — tiger footprints — have pinned at least 13 human killings on a single, 5-year-old female tiger that seems to have developed a taste for human flesh and has evaded capture several times.

At night, young men in the nearby villages carry torches and bamboo sticks and go on patrol. They have roughed up forest guards, furious that authorities can’t stop the killings.

Experts say it’s extremely unusual for a single tiger to have attacked this many people. India’s critically endangered tiger population is soaring, a success for conservation policies, but the animals are being crowded out in a competition with humans for territory.

Forest rangers are now gearing up for a complex military-style operation to deploy sharpshooters with tranquilizer guns on the backs of half a dozen elephants to surround the tiger, capture her, and send her to a zoo.

But the elephants have yet to arrive, held up by intense bureaucratic infighting among India’s myriad overlapping government agencies that cover wildlife but, between all of them, still don’t seem to have enough resources.

As the death count rises — three villagers were killed in August — several politicians are demanding that the rangers simply shoot the tiger. But that might not be legal. A wildlife activist seeking to block any such order has taken the matter all the way to India’s Supreme Court, which may hear the case soon.

In the meantime, rangers have been posted on rickety wooden stands built into jungle trees, ordered to keep their eyes peeled for the tiger. But they don’t even have binoculars.

“I don’t want to kill this beautiful animal,” said K.M. Abharna, a top forestry official in the Pandharkawada area, which lies near the borders of Maharashtra and Andhra Pradesh states. “But there’s a hell of a lot of political pressure and a hell of a lot of public pressure.”

A crafty man-eating tiger on the loose sounds like something out of a Rudyard Kipling tale. But it’s a real and growing problem in today’s India.

The country’s effort to protect tigers, in a way, is a victim of its own success. Closer monitoring, new technology, and stricter wildlife policies have led to a sharp increase in the tiger count, from 1,411 in 2006 to an estimated 2,500 today — more than half of the world’s approximately 4,000 tigers. This growth is causing increased conflict.

India’s human population and its economy have been rapidly growing as well, steadily filling in rural areas with farms, roads and mushrooming towns like Pandharkawada. Many tigers are now running out of space.

They are spilling out of their dedicated reserves, roaming along smooth new asphalt highways, and skulking through crowded farmland on a search for territory, mates, and prey — such as antelope, wild pigs, stray cattle, and sometimes people.

All across India, islands of forest are shrinking, and the thin green tendrils on the map — tiger corridors — are being cut by more roads and more farms. Tigers are intensely territorial: A male tiger, once it gets big enough, might kill its own mother over turf.

Each tiger needs miles of thick forest; the size of its territory depends on the availability of prey. In the past decade, India has created nearly two dozen more tiger reserves, bringing the total to 50. But many of them are surrounded by human development on all sides.

“Our tiger situation is not a success story, it’s a mess,” said Valmik Thapar, one of India’s most renowned tiger experts. “We have a whole bunch of islands, and the corridors in between are wiped out or degraded. . . . And we’re too arrogant to learn from anywhere else.”

The restrictions on the beef industry in many parts of India could be making the situation even more dangerous. India’s Hindu nationalist governing party, the BJP, has cracked down like no other Indian government on the slaughter of cows, an animal Hindus revere.

This has created enormous herds of mangy, unproductive, unwanted cattle that herders don’t dare to kill.

In several tiger areas, more prey now lives outside the dedicated tiger reserve than inside. That may be luring tigers out.

“As soon as the tiger comes out, he sees a lot of cattle,” said Bilal Habib, an ecology professor and tiger researcher. So the tiger decides to stick around, Bilal said, catalyzing a whole cycle of conflict and death.

In the case of the man-eating tiger, researchers are at a loss to explain why she started attacking humans. She has also killed some cows and horses.

The rangers call her T-1. They have been keeping track of her since she was a cub; when she was young, they say, her mother was electrocuted. This is another growing problem, as farmers all over India string up crude electric fences to keep wild pigs out of their crops.

In January, forestry officials applied for what is called a shoot order. But an animal-rights activist from Mumbai who objected to killing T-1 helped to block it. Then T-1 gave birth to two fuzzy tiger cubs, which meant any action taken against her could jeopardize them, too.

The people living near Pandharkawada are losing patience. And they are becoming increasingly terrified.

“Just kill it,” said Rashika Vishal, the daughter of the herder who was mauled by the highway. “There’s nothing beautiful about this animal. It ate my father and we need to kill it before it kills someone else.”

Nepse increases slightly by 4.62 points, while daily turnover drops as low as Rs 1.474 billion on Monday
17 minutes ago