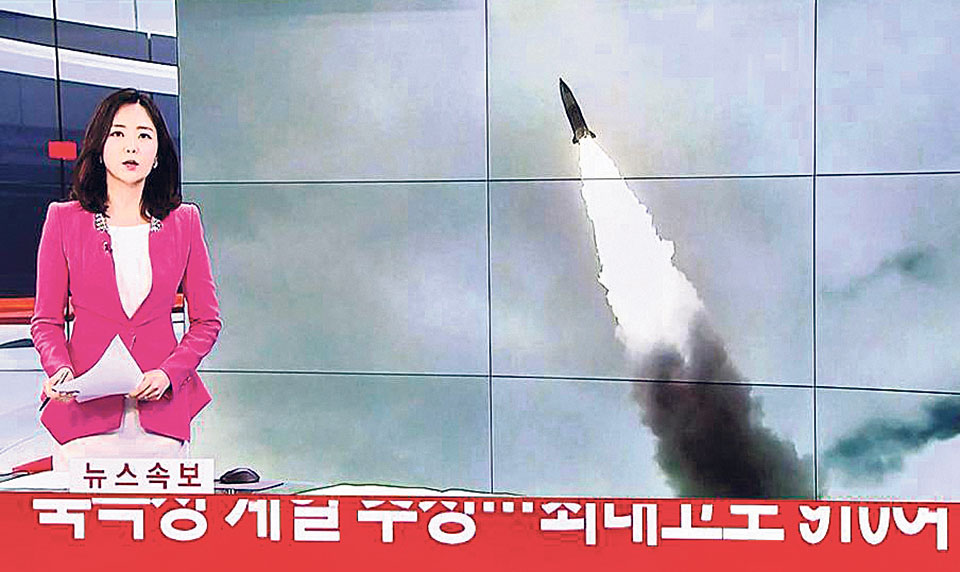 Nuclear competition or even use of nuclear weapons could again become the greatest threat to global stability
NEW YORK – Until just a few years ago, it looked as if the problem posed by nuclear weapons had been successfully managed, if not solved. American and Russian nuclear stockpiles had been reduced substantially from their Cold War highs, and arms-control agreements were in place that limited both intermediate- and long-range systems. But all of this now could come undone.

Progress over the last generation was not limited to the United States and Russia. Libya was persuaded to abandon its nuclear ambitions, Israel thwarted Iraqi and Syrian nuclear development, and South Africa relinquished its small nuclear arsenal. Iran signed the Joint Comprehensive Plan of Action (JCPOA), which constrained its ability to acquire many of the essential prerequisites of nuclear weapons. Most recently, the UN Security Council imposed tough sanctions aimed at persuading North Korea to give up its still modest and comparatively primitive nuclear weapons program, clearing the way for high-level talks between North Korean and US officials. And, of course, no nuclear weapon has been used in combat for three-quarters of a century, since the US dropped two nuclear bombs on Japan to hasten the end of World War II.

This past summer, however, the US withdrew from the 1987 Intermediate-Range Nuclear Forces Treaty after it concluded Russia had violated the INF’s terms. The treaty limiting longer-range US and Russian nuclear weapons will expire in 2021 unless it is extended, and it is not clear that it will be: both countries are committing substantial resources to modernize their existing arsenals.

Moreover, by exiting the JCPOA the US has heightened the risks stemming from Iran. The accord, concluded in 2015, was imperfect. In particular, many of its most significant constraints would last only 10-15 years, and the agreement did not limit Iran’s ballistic-missile development. But it did place a ceiling on Iranian nuclear activity and allowed for international inspections. By all accounts, Iran was honoring its provisions.

Now, however, Iran has begun a slow but steady process of getting out from under many of the agreement’s limits. It may be doing this to persuade the US and Europe to ease economic sanctions. It may also be calculating that these steps could dramatically reduce the time it would need to produce nuclear weapons without being attacked. But it is at least as likely that Iran’s actions will lead the US, or more probably Israel, to undertake a preventive strike designed to destroy a significant part of its program.

Such a strike could lead several other regional powers, including Turkey, Saudi Arabia, and Egypt, to develop or acquire nuclear weapons of their own. Turkey, increasingly estranged from many of its allies, has suggested that it may choose to develop nuclear weapons regardless of what Iran does.

North Korea is far ahead of Iran: it already has several dozen nuclear weapons and missiles, has tested missiles that can reach the US, and is developing submarine-launched nuclear weapons. The notion that North Korea will agree to give up its weapons and “denuclearize” is fanciful. Its leader, Kim Jong-un, believes that only nuclear weapons can ensure his regime’s survival, a belief understandably strengthened by the experience of Ukraine, which accepted security guarantees in exchange for giving up the nuclear weapons it inherited from the Soviet Union, only to be invaded by Russia 25 years later.

One risk is that North Korea will over the next few years come to possess a significant arsenal that will pose a meaningful threat to the US. Another is that North Korea’s neighbors, including South Korea and Japan, will determine that they, too, need nuclear weapons given the North Korean threat and their diminished confidence in the reliability of the US and its guarantees to protect them with its nuclear forces.

The danger in both regions is that a race to acquire nuclear weapons could trigger a preventive war. Even if such a war were avoided, the presence of multiple nuclear arsenals would increase the temptation for one or more countries to strike first in a crisis. “Use them or lose them” has the potential to become a recipe for instability and conflict when capabilities are not sufficiently robust to absorb an attack and still be able to mete out the sort of devastating retaliation essential for effective deterrence.

As if all this were not enough, India and Pakistan, two countries with a long history of bilateral conflict, are both nuclear powers. Nuclear deterrence cannot be assumed. It is all too easy to imagine a Pakistani-supported terrorist attack leading to Indian retaliation, which in turn could prompt Pakistan to threaten using nuclear weapons, because its conventional military forces cannot compete with those of India. There is also the possibility that the command and control of weapons could break down and one or more devices could find their way into the hands of terrorists.

It is close to 60 years since a young presidential candidate named John F. Kennedy predicted that as many as 20 countries could achieve nuclear-weapons capability by the end of 1964. Fortunately, Kennedy was proven wrong, and the number of countries with nuclear weapons is still nine. The 1968 Nuclear Non-Proliferation Treaty has proven quite robust, in part because it is buttressed by efforts to prevent the export of critical technologies, arms control, sanctions, and the strength of alliances, which reduces the need for countries to become self-reliant.

But with nuclear technology increasingly available, arms control unraveling amid renewed great power rivalry, weakened alliances as the US pulls back from the world, and fading memories of Hiroshima and Nagasaki, we are entering a new and dangerous period. Nuclear competition or even use of nuclear weapons could again become the greatest threat to global stability. Less certain is whether today’s leaders are up to meeting this emerging challenge.

Richard N Haass is President of the Council on Foreign Relations and author of “A World in Disarray”
© 2019, Project Syndicate
www.project-syndicate.org

North Korea has no economic future if it has nuclear weapons: Trump

WASHINGTON/SEOUL, March 3: U.S. President Donald Trump said on Saturday that North Korea does not have any economic future with... Read More...