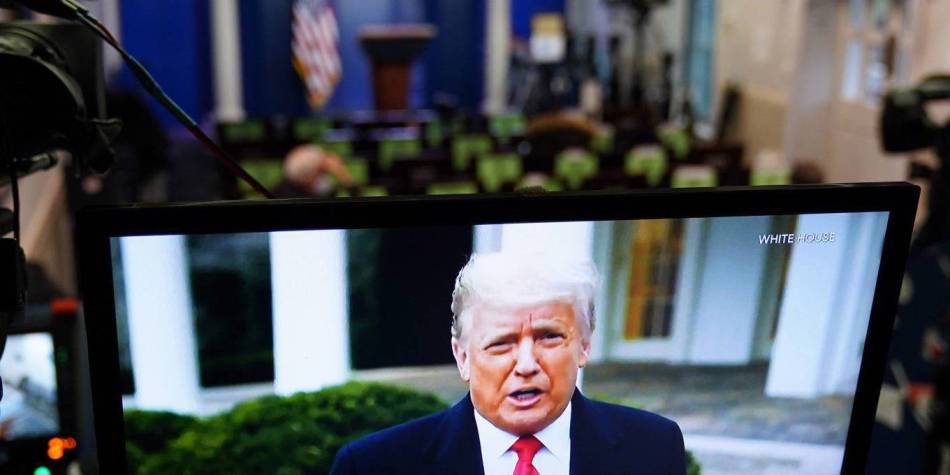 Donald Trump is handing off a country and a world in far worse condition than he inherited. That is his distressing legacy.

NEW YORK – We can finally state with confidence that US President Donald Trump will leave the White House, however reluctantly, on January 20. As his four years in office come to an end, it is not too soon to raise the question of how he will be viewed.

History will judge Trump to have been a consequential US president, in that he left America and the world much changed. He will also be seen as one of the worst, if not the worst ever.

True, Trump did accomplish some useful things. Domestically, he pushed policies—a cut to the too-high corporate tax rate; the easing of some overly burdensome regulations—that appear to have contributed to robust economic growth. In foreign policy, he deserves credit for moving the US policy vis-à-vis an increasingly repressive, powerful, and assertive China in a more sober, critical direction. He was also right to provide defensive arms to Ukraine, given that part of that country is under Russian occupation.

Negotiating a new trade pact with Mexico and Canada, and then persuading Congress to approve it, was a significant achievement, even if the improvement over the North American Free Trade Agreement (NAFTA) was modest and important parts of the new accord were taken from the text of the far bigger Trans-Pacific Partnership that Trump unwisely rejected. The United States also played a valuable role in facilitating the normalization of ties between Israel and several of its Arab neighbors, notwithstanding its failure to make any headway on the Palestinian issue.

But these and any other accomplishments are dwarfed by what Trump got wrong. Three failures in particular stand out. The first is the damage he has done to American democracy. The events of January 6, 2021, when a mob of Trump supporters besieged and occupied the US Capitol, were the culmination of the president’s efforts to demonize the media, violate established norms, promote lies, question the authority of the courts, and reject the results of a presidential election that passed every serious test of its legitimacy.

Trump’s incitement and instigation of unlawful activity and violence was the final straw. To be sure, not all the blame here lies with Trump, because no one forced so many Republican office holders to follow his lead in seeking to undermine the legitimacy of President-elect Joe Biden’s victory. Those who enabled Trump through their political and financial support share responsibility for his sustained assault on the restraints that are critical to the functioning of any democratic system. Nonetheless, what distinguishes this incident of American populism from previous episodes is that it was engineered from the Oval Office rather than from the outside.

The second defining issue is COVID-19. The coronavirus’s outbreak and subsequent spread were China’s failure, but Trump’s inept and inadequate response is what explains why 400,000 Americans will have died from the disease by the time he leaves office. The flawed US response also caused millions of jobs and businesses to disappear (some permanently), millions of students to fall behind, and governments and people around the world to lose respect for America.

There was much that the Trump administration could and should have done to deal with the coronavirus. Although it deserves credit for its role in accelerating the development of COVID-19 vaccines, this accomplishment was partly undermined by the failure to arrange for their efficient delivery. The administration also failed to offer consistent messaging on the need for face masks, nor did it ensure that medical personnel had adequate protective gear or provide essential federal support for the development of effective, efficient tests.

The contrast with the relatively successful responses of Taiwan, Australia, New Zealand, Germany, Vietnam, and China underscores that a viral outbreak need not have led to a pandemic, and certainly not to one on the scale experienced in the US. Ironically, Trump apparently feared that prioritizing the fight against COVID-19 would weaken the economy and doom his re-election chances, when in fact it was his failure to rise to the challenge that probably did him in.

Trump’s third legacy-defining failure was a foreign policy that undermined America’s position in the world. In part, this outcome owes something to the reasons described above: his assault on democracy and failure to deal effectively with COVID-19.

But Trump’s foreign policy also failed on its own grounds. North Korea added to its nuclear stockpile and built more and better missiles despite Trump’s personal diplomacy with Kim Jong-un. Iran reduced the time it would need to develop nuclear weapons following the Trump administration’s unilateral exit from the 2015 nuclear pact (the Joint Comprehensive Plan of Action). Venezuela’s dictatorship is more entrenched, and Russia, Syria, and Iran increased their influence across the Middle East after America withdrew troops and support for local partners.

More broadly, the US withdrawal from international agreements and institutions became the hallmark of Trump’s foreign policy, as did his criticism of America’s European and Asian allies, coziness with authoritarian leaders, and disregard of human-rights violations. The net result has been a reduction of US influence on the world stage.

Trump inherited a set of relationships, alliances, and institutions that, however imperfect, had for 75 years created a context in which great-power conflict had been avoided, democracy expanded, and wealth and living standards increased. Embracing a blend of “America first” nationalism, unilateralism, and isolationism, Trump did what he could to disrupt many of these relationships and arrangements without putting anything better in their place.

It will be difficult—if not impossible—to repair this damage anytime soon. Trump will no longer be president, but he will remain influential in the Republican party and the country. While the world was already in growing disarray, and while US influence was already declining, Trump dramatically accelerated both trends. The bottom line is that he is handing off a country and a world in far worse condition than he inherited. That is his distressing legacy.

Richard Haass is President of the Council on Foreign Relations and author of The World: A Brief Introduction (Penguin Press, 2020).