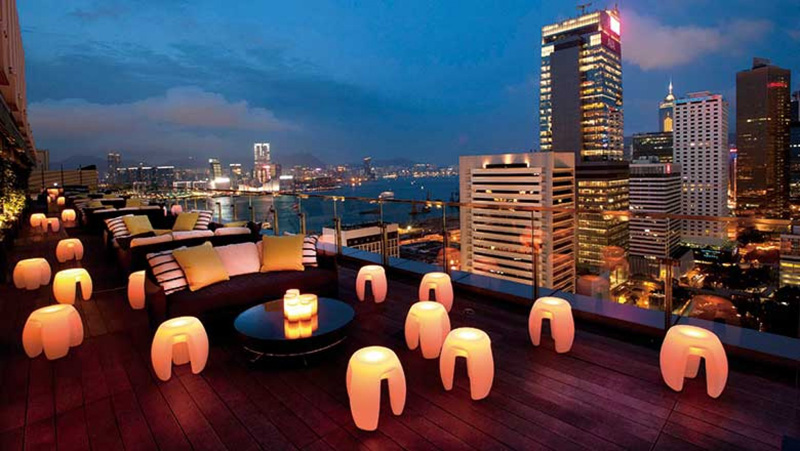 Deng Xiaoping used the Pearl River Delta as a kind of public-policy laboratory
July 1, 2017, will mark the 20th anniversary of Hong Kong’s return to China, after more than a century of British colonial rule. It comes at a moment when China’s leaders are increasingly promoting Hong Kong’s unique role in advancing the country’s economic development.

The PRD has the lowest population of the three, but the highest income per capita, and it forms an important link between China and global supply chains. It gains a distinct advantage from the free-trade, low-tax, and highly globalized cities of Hong Kong and Macau; both are “special administrative regions” under China’s “one country, two systems” principle. Another major asset is Shenzhen, a highly innovative “special economic zone” boasting a dynamic capital market and a tradition of experimentation with private-sector-driven job creation and integration into global supply chains.

The PRD’s competitiveness is no accident. Deng Xiaoping used the region as a kind of public-policy laboratory, allowing different legal and institutional arrangements to exist concurrently, while China figured out how to approach globalization. The system clearly works, but it does suffer from a fundamental contradiction, related to the economist Ronald Coase’s concept of transaction costs.

Thanks to China’s geographic, demographic, and economic scale, “reform and opening up,” in Deng’s phrase, and technological progress naturally drive down transaction costs, improving markets’ capacity to allocate resources. This process often fuels specialization, with regional or municipal economies focusing on their own competitive advantages, in order to maximize their gains from the decline in transaction costs.

Such specialization can be seen clearly in the PRD. Hong Kong is becoming a hub of international finance and services, while Macau establishes itself as a global gambling and entertainment center. Meanwhile, Shenzhen is focusing on technological innovation; Guangzhou is a global trading hub; and Foshan and Dongguan are major manufacturing bases. While each city appears to be imbalanced in its economic structure, the city cluster as a whole is well balanced and highly competitive.

But—and herein lies the contradiction—massive numbers of transactions can raise financial, social, and security risks, which can fuel systemic volatility and contagion across regions and sectors. To mitigate these risks, governments and regulators must intervene, potentially even imposing restrictions on markets that artificially raise transaction costs. China’s leaders would do well to remember this as they attempt to take advantage of the strengths of various systems to build a more open, modern, and faster-growing economy.

Chinese policymakers certainly recognize the value of city clusters to advance economic development and ease the pressures of rapid urbanization. The urban share of the Chinese population surpassed 50 percent in 2011, and another 300 million people could be living in urban areas within the next 20 years. In this context, city clusters could be essential to innovation and job creation, particularly in the service sector, while limiting resource wastage, avoiding further environmental degradation, and easing urban congestion from overcrowding.

Already, China has worked with Singapore and other major cities to improve urban design, water management, and environmental sustainability, as well as taking steps to tap the potential of the sharing economy. Moreover, in April, President Xi Jinping announced the formation of the Xiongan New Area, about 50 miles south of Beijing, which will serve as a venue for experimentation with policies that enable innovative start-ups to replace obsolete smokestack industries. The goal is to encourage job creation in sustainable industries while relieving urban congestion in the capital. As for Hong Kong, China’s leaders view it as a source of valuable economic-development “software”—including an independent judiciary, a robust anti-corruption regime, a stable currency, and world-class capital markets. Hong Kong’s high-quality and internationally oriented education system, and its efficient and sophisticated city-management scheme, are also important assets.

While many observers focus on China’s credit glut, the authorities are quietly fostering the development of dynamic city clusters. But, in order to protect and sustain this progress, Chinese policymakers must work to minimize the risks associated with rapid urbanization and growing specialization. Otherwise, trends that are doing China so much good may end up undermining prosperity and social stability.

Andrew Sheng is Distinguished Fellow at the Asia Global Institute and Xiao Geng is a
professor, both at the University of Hong Kong

China could generate more soft power if it would relax some of its tight party control over civil society ... Read More...

China is threatening to hit back. And now America will have to face the consequences ... Read More...

“Why is Dahal worried when I make people smile?” asks Oli
16 hours ago