A new tone in US-China relations? 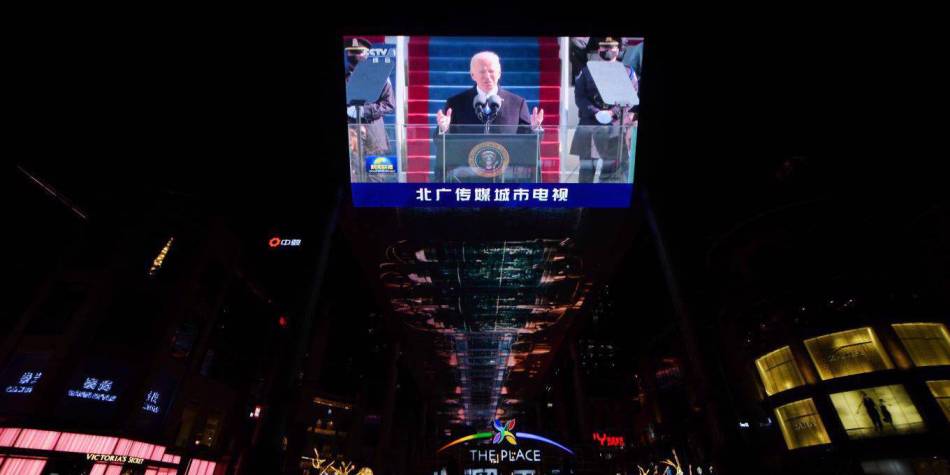 With Joe Biden as America’s president, the world hopes that the United States will shift away from Trump’s disruptive confrontational approach toward China relations and embark on a path of pragmatic engagement.

HONG KONG – Donald Trump has left the White House, but Trumpism has not left US politics. With Joe Biden as America’s president, the world hopes that the United States will shift away from Trump’s disruptive confrontational approach toward China relations and embark on a path of pragmatic engagement. At stake is whether this crucial bilateral relationship serves to strengthen or shatter the global order.

Systemic threats like the pandemic are beyond any country’s power to resolve. If we neglect the health and livelihoods of the world’s poorest, the coronavirus will mutate and come back to haunt us, even in the richest walled-in community.

Trumpism stood squarely against this reality, embracing the view that only nation-states or the elites who control them can address global problems. That “partialist” assumption is also shared by conventional defense and security strategists, who typically take national primacy for granted, resulting in zero-sum outcomes like the so-called Thucydides Trap.

But all threats to human security arise endogenously from the interaction of the world’s parts. As the ecologists Fritjof Capra and Pier Luigi Luisi observed in their 2014 book The Systems View of Life, “the major problems of our time are systemic problems—all interconnected and interdependent.” Accordingly, “they require systemic solutions.” Yet, systemic solutions fall into collective-action traps, because the parts will not work together to solve the problems of the whole.

Ecologists are not nationalists, because they recognize that the whole is more than the sum of the parts. In 1981, the American futurologist R. Buckminster Fuller pointed out that humanity was treading a “critical path” between mutually assured nuclear destruction and extinction caused by a warming climate. Forty years later, the world is running out of time to address rising temperatures and sea levels, increasingly frequent and severe natural disasters, and widening man-made inequalities.

Thankfully, Trump showed that partialist solutions do not work. America First is America Alone. No country, even one as mighty as the US, can manage domestic crises without the resources that can come only from a global economic recovery.

Chinese policymakers have learned from bitter experience that their country cannot solve global problems on its own, either. For example, China’s 2009 reflation, which helped the world recover from the 2008 global financial crisis, resulted in huge domestic costs.

Whereas partialists divide the world into countries, classes, and creeds, globalists realize that man and nature are one. Humanity is more than one class, race, or creed, and there may be no perfect solution to a partial problem, only continuous hard work on what matters for all.

Could recognizing and trying to bridge this mental divide be the key to mutual understanding between the West and China? In his book A History of Civilizations, the great French historian Fernand Braudel quoted the French sinologist Marcel Granet. “The Chinese are either superstitious or practical, or rather they are both at once,” Granet said. “It is this ‘both at once’ that a Westerner often finds hard to grasp.”

Some Western thinkers have of course understood such dualities. The economist Joseph Schumpeter, for example, observed that markets derived their dynamism from entrepreneurial “creative destruction.”

This “both at once” worldview suggests that partial, linear, zero-sum, and monist perspectives misunderstand today’s interconnected global society. America worries that China may usurp global leadership, while China is concerned that the US is blocking its modernization. This dynamic has fueled rising insecurity in the world’s two biggest economies, creating potentially fertile ground for further confrontation, and even a military conflict.

The real question is not what the Chinese call “Project Hope”—a wish list that cannot be realized—but rather how best to manage the tough trade-offs needed to deliver the peace and prosperity that all the world’s people want. The pandemic convinced the Chinese that their country’s one-party system, however imperfect it may be, learned and adapted faster in combating the disease than an America poorly managed by Trump did.

In fact, the Communist Party of China now treats global competition and criticism as a form of policy feedback. In some ways, this makes the rest of the world a de facto “opposition party” pushing the CPC to maintain its performance and legitimacy. This strategic realism has enabled China to move forward with a number of new forms of international engagement, including the new Regional Comprehensive Economic Partnership trade pact, the Comprehensive Agreement on Investment with the European Union, and China’s pledge to achieve carbon-neutrality by 2060.

China’s so-called “dual-circulation strategy” is a signal to Biden that Chinese leaders are open to strategic cooperation in tackling climate change, addressing the pandemic, and restoring global trade and investment so that each country has more resources to address domestic inequalities and imbalances. In the real world, cooperation and competition can co-exist.

Both the US and Chinese governments must start to understand that such an approach is the only way forward to foster sustainability and resilience. And, like in all conversations, the first step can set the tone. Presidents Biden and Xi Jinping, both chastened by four years of Trumpian disruption, have a real chance to reverse course.

Andrew Sheng is Distinguished Fellow of the Asia Global Institute at the University of Hong Kong and a member of the UNEP Advisory Council on Sustainable Finance. Xiao Geng, Chairman of the Hong Kong Institution for International Finance, is a professor and Director of the Research Institute of Maritime Silk-Road at Peking University HSBC Business School.

Pashupatinath temple to open for devotees from Dec 16

KATHMANDU, Nov 30: The Pashupatinath temple, which has remained closed since the last week of March this year,  is set... Read More...

KATHMANDU, Nov 19: The total number of people diagnosed with the novel coronavirus disease (COVID-19) in Nepal has reached 215,020... Read More...