The Sino-American race to zero 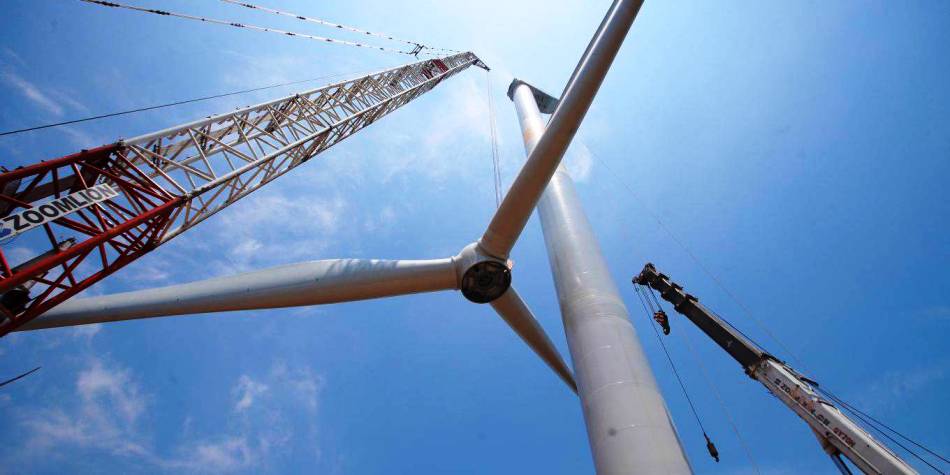 Climate action has become yet another front in the competition between the world’s two largest economies. Who will cross the net-zero-emissions finish line first?

HONG KONG – As the United States prepares for a radical course-correction on climate change, China is raising its game. Climate action has become yet another front in the competition between the world’s two largest economies. Who will cross the net-zero-emissions finish line first?

US President-elect Joe Biden is prepared to hit the ground running. He has pledged to rejoin the Paris climate agreement on his first day in office, and vowed to put emissions-reduction efforts and clean-energy jobs at the center of his administration’s economic policymaking, with the goal of reaching net-zero emissions no later than 2050. To spearhead progress, he has created a new White House Office of Climate Policy, and appointed a team of experienced professionals to key posts. Former Secretary of State John Kerry for example, will serve as an international envoy on climate change.

Likewise, Chinese President Xi Jinping has pledged to achieve carbon neutrality by 2060. In addition, at the recent Climate Ambition Summit, he vowed to reduce China’s carbon-dioxide emissions by “at least” 65 percent from 2005 levels by 2030, an increase from his previously established target of “up to” 65 percent.

The economic costs of achieving these goals would not be exorbitant. The Energy Transitions Commission estimates that China can achieve a zero-carbon economy by 2050 at a cost of less than 0.6 percent of GDP. The US could succeed at a cost of just 0.4 percent of GDP, according to the Sustainable Development Solutions Network (SDSN).

But even if the US and China are headed toward the same finish line, they are likely to take quite different paths. For example, given its extensive experience with re-forestation, China will likely focus more on natural sequestration of carbon than the US will. Already, its leaders have promised to increase its forest coverage by six billion cubic square meters over the next decade.

Moreover, China has already planned its route in much greater detail than the US has. The country’s leaders have embedded climate objectives in their broader economic-development blueprint – including the Made in China 2025 industrial strategy—which also includes technological and industrial goals.

If the US is to achieve carbon neutrality by mid-century, the Biden administration will have to take a similarly holistic approach, which also covers job creation and technological innovation. While Biden seems to recognize this, he will, in many ways, be starting from scratch. Over the last four years, President Donald Trump has not only failed to take climate action; he has actively undermined it, such as by rolling back environmental regulations.

The good news is that Biden has a framework to help his administration succeed: the SDSN’s Zero Carbon Action Plan. Much like the Chinese strategy, the ZCAP focuses on six major energy-intensive sectors – power generation, transportation, buildings, industry, land use, and materials – which contribute significantly to carbon emissions and natural-resource degradation.

Unlike China, however, the US has a federal structure and a democratic political system. Given this, executing a strategy like the ZCAP will require not only strong federal leadership (and considerable funding), but also cooperation with state and local governments, private-sector participation, and broad public buy-in.

Moreover, to implement bold reforms, the Biden administration will have to overcome resistance from Republicans, who both oppose strong climate action and balk at the idea of industrial policy for ideological reasons. Legal challenges by powerful vested interests are also a possibility.

This is not to say that China’s economic policymaking is purely a top-down affair. On the contrary, China owes its economic success to local-level experimentation, constant adaptation to changing conditions, and the broad application of proven approaches.

Furthermore, despite China’s autocratic reputation, its policymaking processes include feedback mechanisms that enable leaders to respond to the public’s needs. For example, in the runup to the annual Central Economic Work Conference, where China’s leaders establish policies and targets for the subsequent year, working groups consult local officials to gain a clear understanding of conditions on the ground, and solicit opinions from external experts, such as at the World Bank.

Overall, however, China’s centralized governance system puts its leaders in a better position than the US to implement bold reforms and engage in comprehensive long-term planning. China is more likely to struggle to comprehend the scale, scope, and costs of energy-intensive economic activities, especially compared to the life-cycle costs of green energy, materials, transportation systems, industrial and agricultural technologies, and land-use approaches.

This is where “constructive competition” with the US can help, potentially in the form of “targeted reciprocity.” As former US Treasury Secretary Henry Paulson recently argued, rather than demand reciprocity on “anything and everything China does,” the US should “aim its demands for reciprocity at sectors and areas where America is the strongest,” at its “most competitive,” and has “maximum leverage.” This could mean sharing knowledge about green technologies, in exchange for greater transparency and higher shared standards.

There are few policy areas where progress in one or two countries will leave every person on the planet better off. But, if China and the US—the world’s two largest emitters of carbon dioxide—reach net-zero by mid-century, that is what will happen. A strategy of constructive competition, rather than a cutthroat race, will get both countries to the finish line much faster.

Andrew Sheng is Distinguished Fellow of the Asia Global Institute at the University of Hong Kong and a member of the UNEP Advisory Council on Sustainable Finance. Xiao Geng, Chairman of the Hong Kong Institution for International Finance, is a professor and Director of the Research Institute of Maritime Silk-Road at Peking University HSBC Business School.

Decision to accept development assistance is based on national interests, priority: Nepal

KATHMANDU, Feb 20: In a pointed yet restrained statement to the comments and counter comments made recently by China and... Read More...

Last week, President Donald Trump said the U.S. is prepared to impose tariffs on all remaining Chinese products if he... Read More...

Meeting of the ruling coalition begins
10 minutes ago