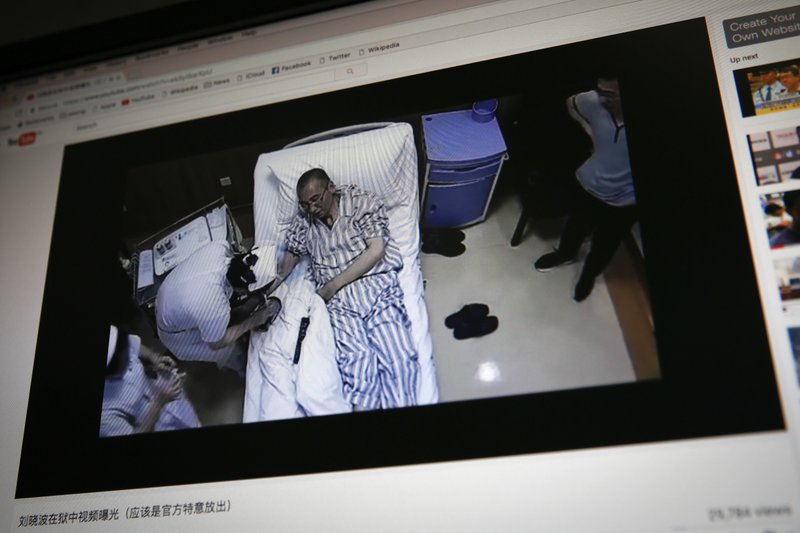 BEIJING, July 8: China’s imprisoned Nobel Peace Prize laureate Liu Xiaobo’s two brothers were being allowed to travel to a northeastern city to visit him in a hospital Saturday, a friend and a former lawyer said, as concerns mounted over his deteriorating health.

A German cancer specialist, meanwhile, has arrived in China to help treat Liu — though it was not immediately clear if he had been able to see the dissident suffering from late-stage liver cancer. The specialist was allowed in by China following international criticism of Beijing’s handling of Liu’s illness and calls for him to be treated abroad.

“We have learned that Liu Xiaobo’s state of health is deteriorating rapidly,” the German foreign ministry said late Friday in an emailed response to questions. “We are very concerned.”

The specialist “is currently on site,” the statement said, adding that no further details were available.

The visits come as Liu’s illness has taken a turn for the worse. Chinese doctors said Friday they have stopped using cancer-fighting drugs so as not to overwhelm his severely weakened liver.

Liu’s appetite is poor and abdominal fluid continues to accumulate, though doctors have used abdominal punctures to try to drain the fluid, according to a statement late Friday on the website of the First Hospital of China Medical University.

The team decided to suspend the use of an inhibitor drug for advanced liver cancer as well as a traditional Chinese anti-tumor treatment because Liu’s liver function was deteriorating. A blood thinner was added to treat blood clots developing in Liu’s left leg.

In a sign of the seriousness of Liu’s decline, his younger and older brothers and their wives were being allowed to see him, said Shang Baojun, Liu’s former lawyer. At the hospital, Liu has been mostly accompanied by his wife and her brother, both of whom have largely been unreachable by the outside world due to restrictions by Chinese authorities.

“I think the authorities are in crisis mode. They too are not sure if Liu Xiaobo will pass away soon because his condition is quite obviously worsening,” Hu said.

“They don’t want to bear too great a responsibility in this respect,” he said, referring to the act of allowing Liu to be with his brothers at a critical stage. “The authorities think by doing this they could at least be accountable to the outside world and say Liu was with his loved ones at the very end.”

Liu’s two brothers, who were traveling from their homes in southern and northeastern China, were being closely monitored by state security agents along the way — making it difficult to maintain contact with them, Hu said.

Beijing has come under criticism from Western governments for not fully releasing Liu, who was diagnosed with late-stage liver cancer in May while serving an 11-year sentence for inciting subversion by advocating sweeping political reforms that would end one-party rule. He was awarded the Nobel Peace Prize in 2010, the year after he was convicted and jailed by a Chinese court.

Although the Chinese government has so far showed no sign that it would free Liu or allow him to travel overseas, it has acceded to family requests to allow liver cancer experts from Germany, the U.S. and elsewhere to join the Chinese medical team treating Liu.

Shang said an American doctor was also expected to arrive this weekend.

The U.S. Embassy urged China to allow Liu to seek the treatment of his choosing and grant the U.S. and German doctors unhindered access to him.

The office of the United Nations human rights chief on Friday also expressed concern about Liu’s condition and noted that the Chinese government has provided no further information to the U.N. office for more than 24 hours.

Spokeswoman Liz Throssell said at a briefing in Geneva that the U.N. should be granted access to both Liu and his wife.

China’s foreign ministry had no immediate response to a request for comment Saturday.

Since the beginning of XX century, female writers started to step out of the shadow in this man's world. Read... Read More...