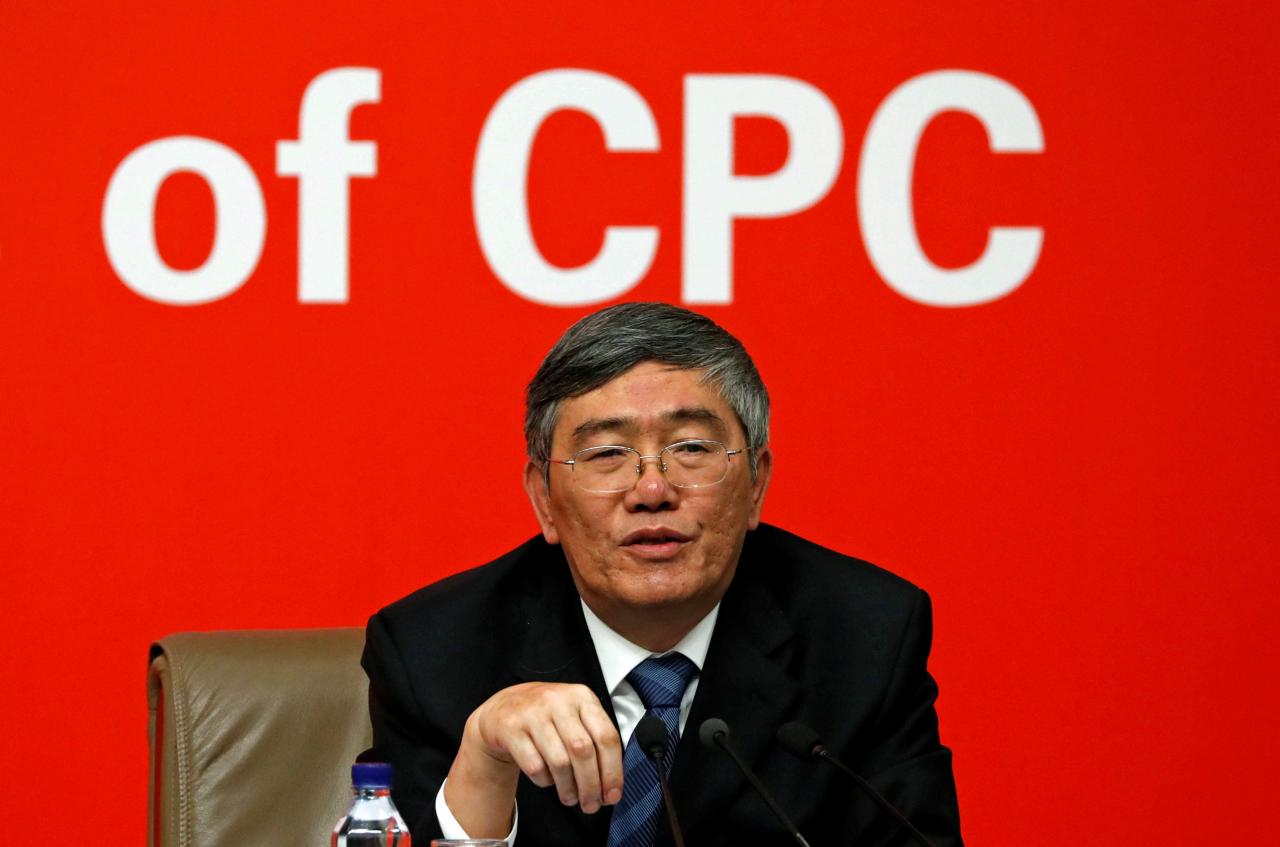 BEIJING, Oct 25: China will not set a target to double gross domestic product (GDP) from 2021, a senior Communist Party official said on Thursday, as top leaders pledge to focus on better quality economic growth in the long term.

Chinese deputy minister of the Office of the Central Leading Group for Finance and Economic Affairs Yang Weimin attends a news conference during the 19th National Congress of the Communist Party of China in Beijing, China October 23, 2017. REUTERS/Tyrone Siu

Yang Weimin, vice minister of the Office of the Central Leading Group on Financial and Economic Affairs, told a news conference the government will not solely pursue economic expansion and will emphasise the quality of its growth.

A shift away from ambitious long-term government growth targets would be a departure from past practice in China and mark a new strategy for longer-term economic development.

It could also give Chinese policymakers more room in theory to press ahead with painful, structural reforms.

The International Monetary Fund (IMF) and many economists have urged Beijing to do away with or lower official growth targets altogether to reduce the country’s long reliance on debt-fuelled stimulus and encourage more productive investment.

The IMF warned this year that China’s credit growth was on a “dangerous trajectory” and called for “decisive action”, while the Bank for International Settlements said in late 2016 that excessive debt growth was signalling a banking crisis in the next three years.

China is well on track to hit its goal of doubling GDP and per capita income by 2020 from 2010 levels, a performance which has given the global economy a solid boost since the financial crisis.

In the opening speech of a key twice-a-decade Communist Party Congress this week, President Xi Jinping said China would deepen economic and financial reforms and further open its markets to foreign investors as it looks to move from high-speed to high-quality growth.

However, this week’s congress did not include any public announcements about new economic growth targets.

Analysts believe the government will continue to set annual growth targets through to 2020.

The world’s second-largest economy faces growing environmental, resource and debt constraints, while its the gap between the U.S. economy - the largest - is narrowing, he said.

But it’s still unclear if the government will scrap its annual growth target from 2021, Tang added.

Yang said China will focus on preventing “major risks” in the economy, fighting poverty and pollution by 2020.

“The main contradiction of our society has changed and our country’s economic development has been shifted to high-quality growth from high-speed growth,” Yang said.

“We will not solely pursue economic growth, but will achieve growth by enhancing quality, efficiency and changing growth drivers.”

Buoyed by strong government infrastructure spending and record lending by state banks, China’s economy will likely grow 6.8 percent in 2017, topping the official target and accelerating for the first time in seven years, a Reuters poll showed.

But Beijing is walking a tightrope as it looks to contain debt and property bubble risks without stunting economic growth.

China’s growth target for this year is around 6.5 percent, a level which some analysts expect will be carried over into 2018.

Ruling party not for vacating post of speaker or deputy

KATHMANDU, May 18: Ruling Nepal Communist Party (NCP) has been mulling over not vacating the  post of  speaker or deputy speaker... Read More...