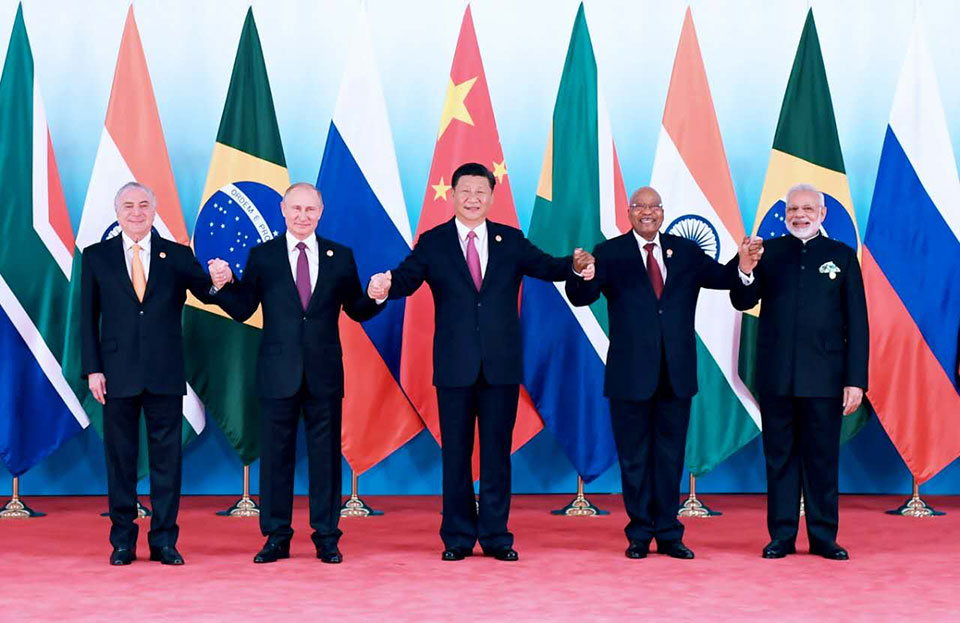 XIAMEN (CHINA), September 5: China has announced that it will provide around US$ 80m to further boost economic and technological cooperation among BRICS countries and other new emerging markets and developing countries.

Stating that the potential for cooperation among BRICS countries has yet to be realized, Chinese President Xi Jinping in the opening ceremony of the 9th BRICS summit on Monday announced that China will launch a BRICS economic and technological cooperation and exchange plan with 500 million RMB (about US$ 76 million) in the first phase, to strengthen policy communication and practical cooperation in the fields of economy and trade. Likewise, China will also invest another US$ 4 million to support projects of the BRICS New Development Bank.

The announcement from Xi came a day after he delivered a speech on expanding BRICS cooperation with emerging markets and developed countries to tackle risks and challenges posed by the rise of protectionism.

The Chinese president also said that the five countries' foreign investment totaled US$ 197 billion in 2016, but only 5.7 percent took place between BRICS members.

"The BRICS countries should increase cooperation in sectors such as trade and investment, monetary and financial areas, connectivity, sustainable development, innovation and industrial cooperation," he added.

Following his speech, Indian Prime Minister Narendra Modi and the presidents of Brazil, South Africa and Russia also expressed commitment to boost BRICS cooperation and all the five leaders of the bloc issued a joint BRICS declaration.

BRICS countries have reached a consensus to broaden its partnership with emerging markets and developing countries (EMDCs) through BRICS Plus cooperation proposed by China in a bid to promote an open, inclusive and balanced economic globalization.

The declaration also stated that the BRICS countries will work toward enhancement of the voice and representation of BRICS countries and EMDCs in global economic governance and promote an open, inclusive and balanced economic globalization, thus contributing toward development of EMDCs and providing strong impetus to redressing North-South development imbalances and promoting global growth.

China has already invited leaders from five countries of five different regions -- Egypt, Guinea, Mexico, Tajikistan and Thailand -- to attend the Dialogue of Emerging Markets and Developing Countries on Tuesday, the last day of the summit in order to push its agenda of expansion of BRICS to BRICS plus. Following the meeting, Chinese President Xi and Indian Prime Minister Narendra Modi are likely to have a bilateral meeting where they are likely to discuss a new mechanism to resolve disputes on the Line of Control on trijuncture points in Bhutan, Nepal as well as Myanmar.

XIAMEN (CHINA), Sept 2: Chinese President Xi Jinping, who is also the chair of this year's BRICS Summit, said that the... Read More...

BEIJING, May 14: China has announced to provide assistance worth 8.7 billion US dollar to developing countries and international organizations... Read More...

No one can become PM by making noise: Dr Koirala
58 minutes ago