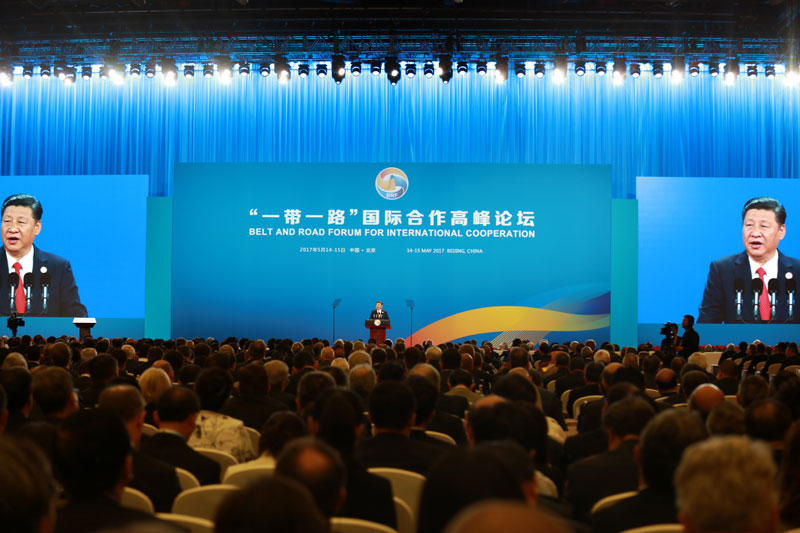 BEIJING, May 14: China has announced to provide assistance worth 8.7 billionUS dollar to developing countries and international organizations participating in the Belt and Road Initiative.

Delivering a keynote speech at the opening ceremony of the Belt and Road Forum for International Cooperation in Beijing on Sunday, Chinese President Xi Jinping said that China will provide assistance worth 8.7 billion US dollar to developing countries and international organizations participating in the

Developing countries like Nepal which have already signed Memorandum of Understanding to be part of the China’s ambitious Belt and Road Initiative can reap massive benefit in infrastructure development, among others from the announcement.

Chinese President Xi also announced that China will contribute an additional 14.5 US dollar to the Silk Road Fund.

The Chinese government has already pledged to provide 40 billion US dollar in the fund, which provides financing support for implementation of infrastructural projects in the countries which are part of Belt and Road Initiative.

He also said that China will set up 50 joint laboratories with countries participating in the Belt and Road Initiative to enhance cooperation on innovation.

Stating that Infrastructure connectivity is the foundation for cooperation and development, Chinese President Xi said all the countries involved in the initiative will share equal benefits from the economic integration and interconnected development.

“We should make great efforts to promote land, maritime, air and cyberspace connectivity, focus on key passageways, cities and projects, and connect networks of highways, railways and sea ports,” he said, adding, the initiative is open to all countries from Asia, Europe, Africa or the Americas.

He also said that all the countries should respect each other’s sovereignty, dignity and territorial integrity, each other’s development paths and social systems, and each other’s core interests and major concerns.

A high-level delegation of Nepal led by Deputy Prime Minister and Minister of Finance Krishna Bahadur Mahara also attended the opening ceremony of the forum. Mahar is scheduled to address a session entitled “Connectivity of Development Polices and Strategies”.

Altogether 29 heads of state and government, as well as over 70 leaders of international organizations, 100 ministerial-level officials from around the world and 1,200 other delegates from various countries and regions have also participated. Russian President Vladimir Putin and Turkish President RecepTayyipErdoğan had also delivered their speech in the opening ceremony of the forum.

More than 40 countries and international organizations have signed memorandum of understanding to be part of the Belt and Road Initiative so far.

XIAMEN (CHINA), September 5: China has announced that it will provide around US$ 80m to further boost economic and technological cooperation... Read More...