KATHMANDU, Nov 25:  Netra Bikram Chand-led Communist Party Nepal  staged a show of strength in the capital on Saturday, amid close surveillance by the security agencies.

Party chief Chand  himself didn’t appeared at a program organized to mark its fifth party reform day. The government has been closely observing the activities of the  breakaway Maoist faction which has adopted the political line of continuing to take up arms to accomplish the ‘remaining task of the Maoist war.’

Party spokesperson Khagda Bahadur Biswakarma accused former Maoist commander Pushpa Kamal Dahal and Mohan Baidya of failing to act in the spirit of the Maoist insurgency. Indicating  the present situation of the Maoist leaders,  Biswakarma questioned  their property holdings. “Those who had  nothing to speak of have become wealthy overnight; how have they managed to acquire such huge wealth overnight,” he asked. Biswakarma also  accused  government ministers of being bought by commissions and bribes.

Party cadres thronged the capital from various parts of the country for a street rally from various points in Kathmandu. They converged in a mass gathering at Exhibition Road. A message from the party chief to  the rank and file  was read  out.

Claiming that certain forces have been working to secede from the country in the name of Madhes and Pahad, Biswakarma urged all the people to become one army for upholding national integrity. He also accused  external powers of using Nepal as a playground.

Gopal Kirati, who  separated from the Maoists after the party decided to unifiy with  the CPN-UML accused Pushpa Kamal Dahal of betraying the movement in the  hope of a Nobel Peace Prize.

Rishi Ram Kattel, who had registered his Nepal Communist Party at the Election Commission, was also invited to the program.

The Chand-led party has been turning down calls for talks from a high-level government talks team to discuss its grievances. 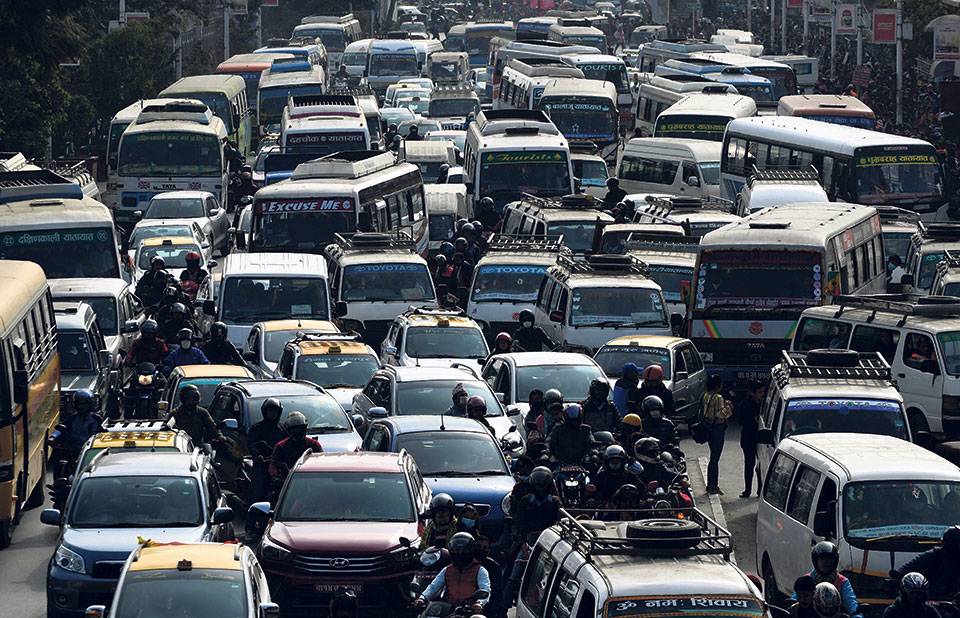 Traffic congestion due to a rally organised by Netra Bikram Chand-led Maoist in Kathmandu on Saturday. Photo: Keshab Thoker/Republica

US author Sharon Guskin in capital

KATHMANDU, Aug 19: On Wednesday, American author Sharon Guskin was present at Hotel Shangrila in Kathmandu to discuss about her thriller... Read More...