Chairperson of forest group accused of collaborating with smugglers 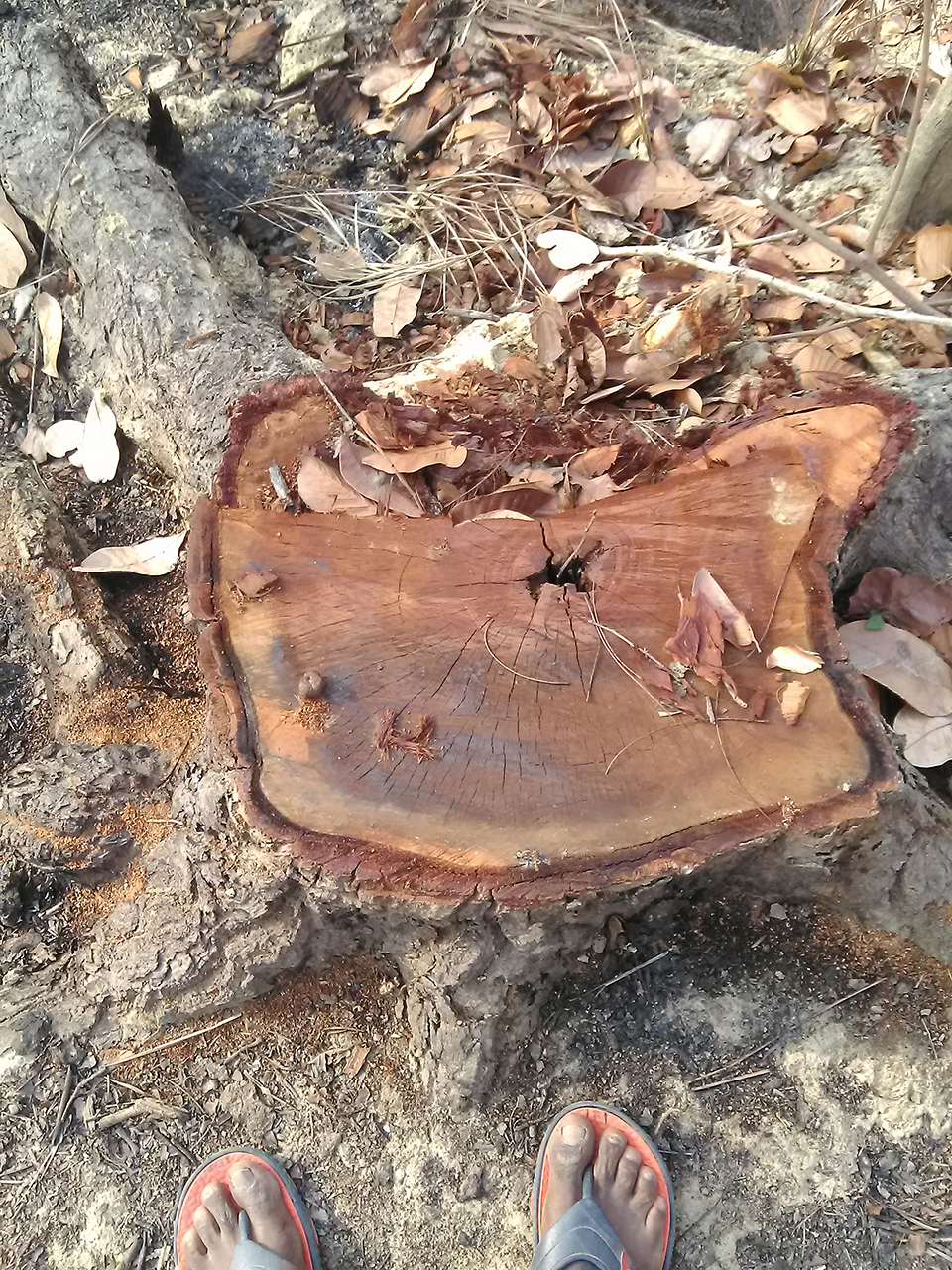 The stump of a chopped tree in Ambika Community Forest Group (ACFG).

UDAYAPUR, April 5: Since the last few days, there has been random chopping down of trees in two community forests and a national forest area of Udayapur. A local consumers' committee has accused the chairperson and officials of the Community Forest Consumers Group of collaborating with the smugglers in chopping and smuggling timber.

Recently, locals of Triyuga Municipality-5 found that dozens of Sal trees belonging to Ambika Community Consumers' Group (ACCG) of Damauti were missing from the forest. After finding about the disappearance of the trees, the consumers' committee filed a complaint at the Area Police Office (APO) and District Forest Office (DFO). Dev Kumar Rai, former chairperson of ACCG, discovered the random chopping of trees while collecting fodder in the forest. He even recovered some logs of trees kept ready for smuggling.

As per some consumers, logs more than 1,000 cubic feet have been smuggled from the forest. Kamal Karki, one of the consumers, laments that the APO and DFO didn't send officials for patrolling despite being informed. "We had urged the APO for sending police personnel for patrolling but our request was neglected," said Karki. According to consumer Durga Bahadur Rai, negligence of the APO and chairperson of ACCG makes it clear that they have been collaborating with the smugglers and trying to hide the issue.

There are a lot of stumps of chopped trees but no logs in the forest and this according to the consumers makes it clear that the logs have been smuggled. Consumers have expressed their concern toward the deserted look of the forest especially in Ambi Khola and Jhokrai Khola areas.

"We had protected those trees for so long with love and care. So, it's hard to see them being chopped in our absence," said consumer Bishnu Prasad Acharya. "We have submitted an application at the DFO along with the photos of the chopped trees," said former chairperson Rai, adding, "If they don't take immediate action, we will have to knock the doors of the municipality and Chief District Officer."

Meanwhile, Lil Bahadur Magar, chairperson of ACCG, claims that there has not been much chopping of trees as being reported. But he admitted that some trees have been chopped. He even claimed that he reached the site for inspection after the complaint was filed. "I was unaware about the cutting down of trees but now we have already started investigation," said Magar. He further informed that trees are not just being chopped in the community forests but also the nearby national forest.

By declining the allegations of collaboration, Magar stated that he could not send the officials for patrolling as they were all busy in field.

Forest guards and smugglers open fire at each other

IPO of CEDB Hydropower allotted, lucky 234,195 investors get 10 units each
13 hours ago

How long does protection from COVID-19 vaccines last?
16 hours ago

India reports daily rise in coronavirus cases of 343,144
16 hours ago