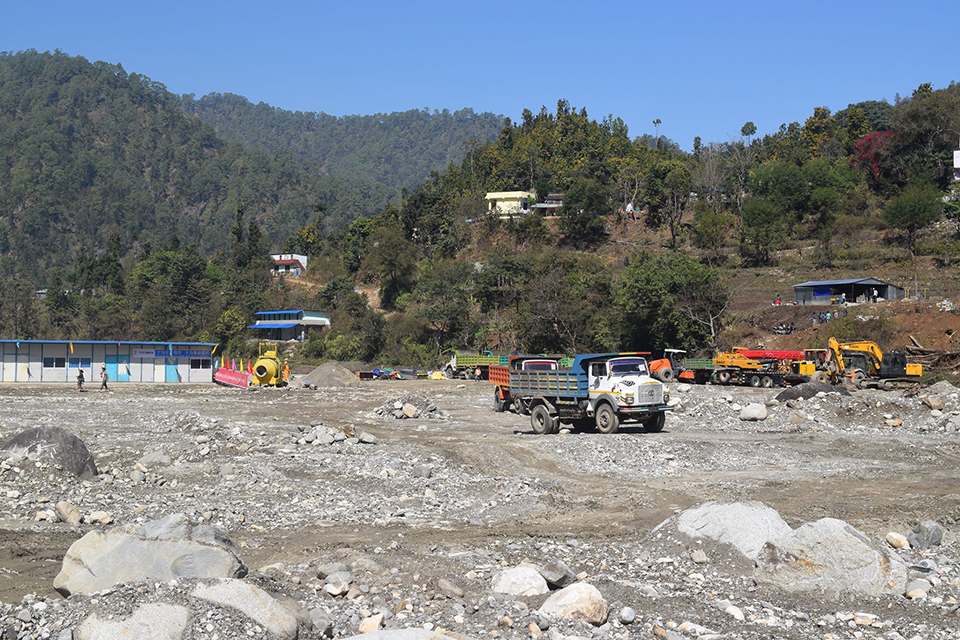 DHADING, Aug 14: The Chinese-invested Huaxin Cement, whose plant is under construction in Dhading district, is facing controversy over land, following an order by the parliamentary Public Accounts Committee to cancel its land lease agreement with Benighat Rorang Rural Municipality.

The company had signed a lease agreement with Benighat Rorang Rural Municipality to use 200 ropanis of land located at the rural municipality for 50 years. It has also bought another 300 ropanies of private land.

The company had aimed to start production nine months after its establishment. It has already faced a hurdle due to controversy over road construction between the two adjoining rural municipalities, which is yet to be settled. Acting on a complaint about the road that leads to the cement factory, the parliamentary committee had concluded that environmental impact assessment on the road was not conducted properly.

The parliamentary committee which had reached the field to study the road controversy had taken up studying other aspects of the cement project as well.

The committee has said that due process was not followed on the leasing of land. "There was no right for the local unit to recommend the land for the factory," said Chief District Officer Bhagirath Pandey. "The process was taken forward forcefully, which has invited the current dispute."

The committee has recommended revoking the land lease agreement, terming it illegal.

“We had talked to the government about the agreement with the rural municipality,” said Dilli Pokhrel, representative of the company. "As the process got delayed, the problem has surfaced. We are committed to follow the laws."

He said that the government has been discouraging foreign investment and industrial development by creating such hurdles.

The factory aims to produce 60,000 sacks of cement per day. The company has already invested Rs 2 billion for the establishment of the factory.

RASUWA, May 13: An agreement to build an inland container depot in Rasuwagadhi was signed on Sunday. ... Read More...

NEPALGUNJ, July 15: The recently blacktopped road section of Nepalgunj- Khajura has started peeling off within a month of construction. ... Read More...