Call to resume air service to hilly districts from Biratnagar 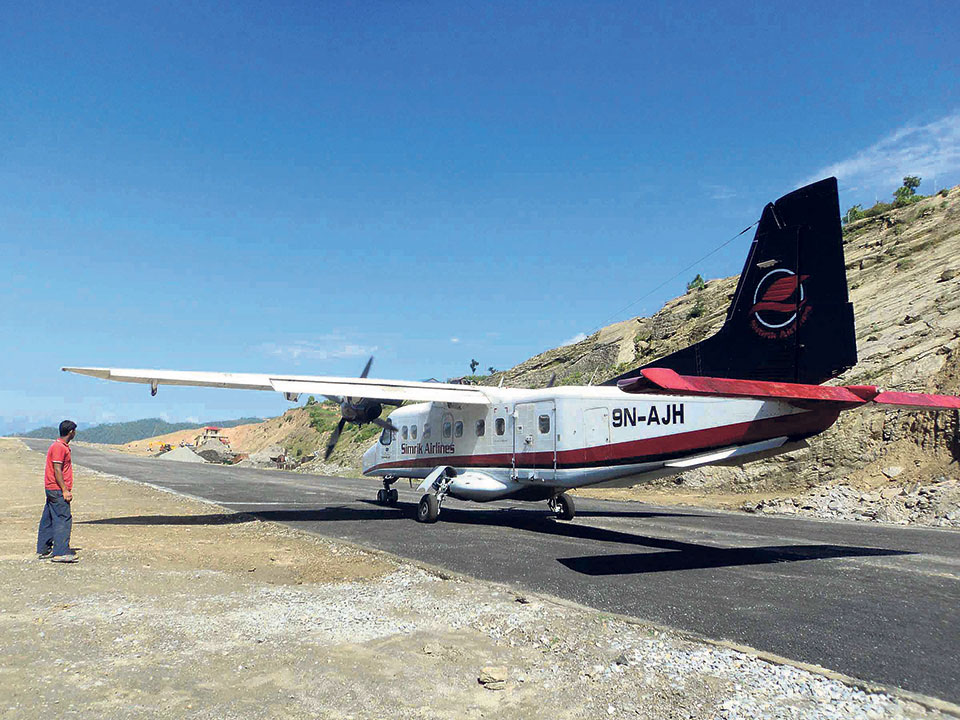 BIRATNAGAR, April 29: Although locals have long been demanding regular air service between hilly districts of Province 1 and provincial capital Biratnagar, not decision has been taken in this direction so far.

Sitaula also added that Biratnagar Airport has all required infrastructure to start flight service between the province capital and airports in eastern hilly districts.

Minister for Forest, Industry, Tourism and Environment of Province 1, Jagadish Kursiyat, however, said that the province government has directed concerned authorities to start regular air service between Biratnagar and airports of hilly districts.

Speaking at the Provincial Assembly meeting o Wednesday, Kursiyat said: "Concerned authorities have been directed to operate scheduled flights from Biratnagar Airport to other districts of Province 1.”

However, staffers of Civil Aviation Office, Biratnagar, maintain that they have not received any directions as such.

He, however, underlined the need to upgrade capacity of Biratnagar Airport. “To operate regular flights to the province's hilly districts, we need to expand aircraft parking area,” Sitaula added.
Though locals are demanding for operation of regular service to hilly districts from Biratnagar, the government seems indifferent to such demands. Members of provincial assembly have been discussing about the need to start air service to hilly districts of the province for the past three months. However, no concrete initiative has been taken in this direction so far.

Provincial Assembly members from Solukhumbu are insisting that the provincial government take needful initiative to start flights to any airports in the district from Biratnagar.

In the absence of flight service, Solukhumbu locals, who need to travel to Biratnagar, should first fly to Kathmandu and take a flight to Biratnagar or drive all the way to the province capital.

KATHMANDU, March 2: Except for the accidental death of a minor, the Holi festival, which is also known as the... Read More...

Indian media under fire in Nepal for running baseless reports on PM Oli, Chinese ambassador
6 hours ago
Govt decides to operate short-distance public transportation within the district
17 hours ago