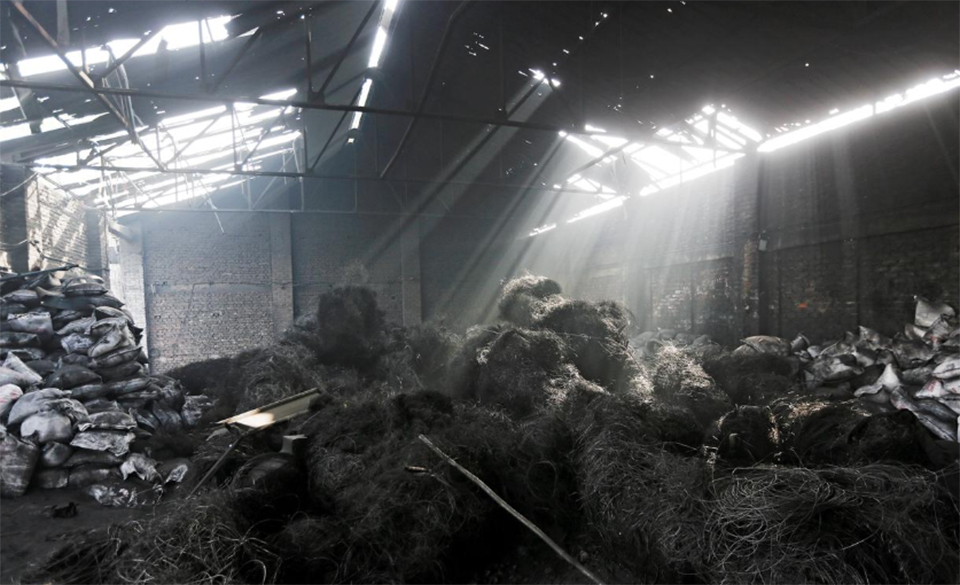 ASIR GUDANG/JOKHABAD, May 31: When local investigators scoured a riverbed in southern Malaysia for clues in a chemical dumping case that hospitalized over one thousand people earlier this year, they found a cocktail of toxins, including a colorless liquid commonly secreted when tires are recycled.

Police have charged a truck driver and all three of P Tech’s directors for violating a law prohibiting the illegal dumping of waste. The firm’s directors and the firm also each face 15 charges for offences related to waste controls and air pollution brought by the environment department.

Reuters was not able to reach the three directors of P Tech or the company secretary, the only four company officials listed in documents filed with Malaysia’s companies regulator. Its premises were closed and calls to its registered office went unanswered.

Done properly, in a controlled environment, tire pyrolysis has been lauded by the recycling industry as a green way of turning a complex waste into a useful energy source. In this process, tires are heated in the absence of oxygen and the gases released are condensed into a low-quality oil that can be used in asphalt or fuel oil, depending on its purity.

Some firms in Europe and the United States have developed technology to limit emissions and waste from pyrolysis, but with low margins this green approach has not had widespread commercial success, industry experts said.

Reuters visited the premises of P Tech. Piles of tires bound in bales, a tall chimney and a filthy pond could be seen behind closed gates.

Neighboring workers told Reuters the firm operated at night and its work produced a stench that would linger until the morning. No one from P Tech was available for comment.

“Tire pyrolysis is not a problem. The problem is with the mismanagement of it,” Yeo Bee Yin, Malaysia’s environment minister told Reuters when asked about the pyrolysis industry in her country. She noted P Tech was licensed for pyrolysis but did not speak specifically about the dumping case.

Yeo said Malaysia used to have “very lax environmental laws” and “very low punishments” for breaches but has stepped up enforcement recently and closed down some illegal pyrolysis operators in order to better regulate the sector.

Malaysia’s department of environment said 22 tire pyrolysis firms across the country are licensed but declined comment on the number of unlicensed operators.

Over half a dozen industry sources said pyrolysis in India, China and Southeast Asia also is prevalent mostly in small backyard operations.

Earlier this month, Reuters visited a cluster of about 10 tire burning factories in an industrial area in Jokhabad, a town on the outskirts of India’s capital New Delhi.

Mounds of black powder lay on open ground at the first plant, as about half a dozen workers wearing no protection, some barefoot, their clothes and skin stained black, milled about.

Most said they lived inside the plant itself, pointing to a cement shed set up barely a few feet away from large, round recycling machines.

At a second plant, where a teenager sorted through a pile of odd-sized tires, plant supervisor Manoj Kumar said he was producing oil mainly used as tar for road construction.

While he maintained his plant had high standards, Kumar said most of the other firms in the area were lax, had no mechanism for waste processing and their factories emitted potentially harmful gases in the air. Reuters could not verify his comments.

Shops and homes stood barely a kilometer (a half-mile) from the industrial cluster.

A report commissioned by Indian environmental rights group SAFE last year said at one site in Jokhabad, carbon fumes and sludge were so bad that monkeys in the surrounding area had black faces and fur. Reuters couldn’t independently confirm its findings.

SAFE sent its findings on six plants in a letter to India’s environment ministry in January, and said they were exposing “people at large to environmental risks” and “risking the lives of those involved in such practices for perverse profits.”

India’s environment ministry did not respond to a request for comment on the SAFE report.

There is no official data on the size of this business, which is being fueled by a global demand for tires expected to rise about 3 percent this year to nearly 3 billion units, according to a report by Cleveland, Ohio-based research firm Freedonia.

With free raw material - used tires - and demand for unconventional oils increasing for everything from tar to build roads to fuel for ships, pyrolysis can be a lucrative business even at a small scale.

Villager Zulkifly Kassim was one of the first to become aware of the dumping of chemicals by P Tech in the Sungai Kim Kim river in the Malaysian state of Johor on March 7.

Shortly after midnight he was awoken by a putrid smell. He went outside to investigate and shone a torchlight into the stream behind his house.

“I could see the water already had become black and the fish were coming up and down,” said Zulkifly, 50.

Minutes before Zulkifly was awoken, a truck parked near a bridge upstream from his house and dumped oil waste and sludge into the river, according to the chargesheet filed in court by the police against P Tech.

Over the next few hours and days after the dumping, noxious vapors caused breathing problems, vomiting and dizziness, especially among children and elderly, local authorities said.

The ports around southern Malaysia where the March dumping took place and nearby Singapore make up the world’s most important marine refueling hub.

Two oil traders in Singapore, requesting anonymity, told Reuters that oil from Malaysian tire pyrolysis had been offered around the market in recent months in the marine oil sector, known as bunker fuel.

They said blending such oil into bunker fuels was on the rise as tightening regulations due to come in next year have pushed up benchmark bunker fuel prices to their highest seasonal level in years.