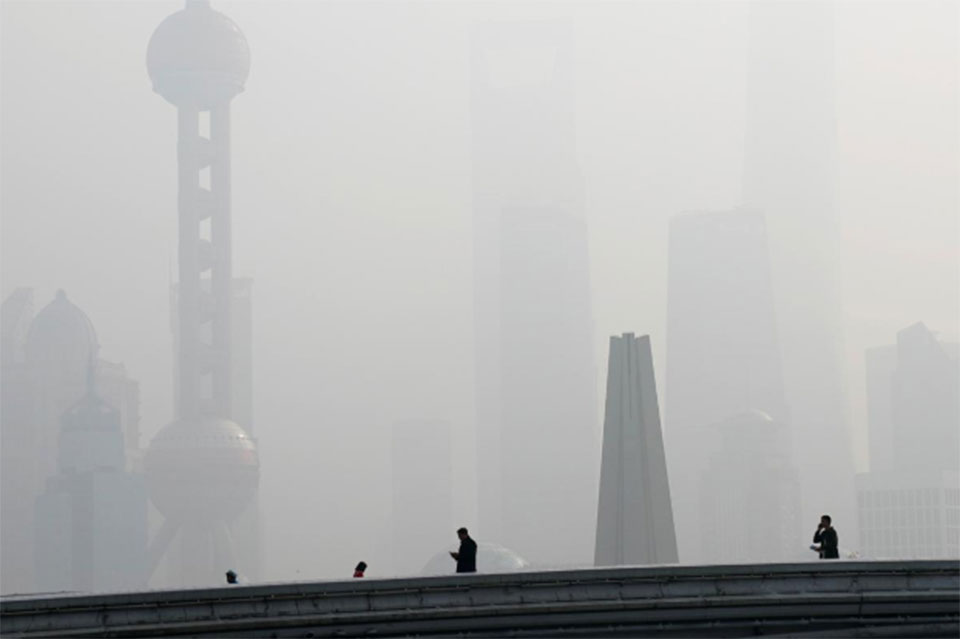 People walk on a bridge in front of the financial district of Pudong, which is covered in smog, during a polluted day in Shanghai, China November 28, 2018. REUTERS/Aly Song

SINGAPORE, March 28: Avoiding threats from climate change and pollution will require Asia’s booming cities to become much more efficient in their use of energy resources, delegates at a city development conference said on Thursday.

Asia is home to 15 out of the world’s 20 biggest cities, and the United Nations estimates another 2.5 billion people will live in cities by 2050, by far the most in Asia.

“Cities occupy 2 to 3 percent of our planet’s surface, yet they consume 70 percent of all energy,” said Soren Kvorning, President for Asia Pacific at Danfoss, a Danish engineering firm with a strong focus on Asia.

“The longer we wait, the higher the cost will be,” he said, adding there were three key improvement areas: building efficiency, cold chains for food supplies and a transition away from fossil fuels in transport.

Transportation is the biggest contributor to air pollution, which as per the World Health Organization estimates kills 4.2 million people every year.

“We can no longer stand by and watch. Electric cars and buses are an attractive option, and cities can also go fully electric in ports,” Kvorning said.

In most cities, buildings are the biggest energy consumers, making investment into better energy efficiency important.

“Efficiency measures all come back with a return on investment within 2 to 4 years, at current technologies,” he said.

“We will set the highest efficiency standards for these top echelon buildings, and then move the mass population towards that standard,” he said.

In food supply, Kvorning said a third of all food produced was lost because of lacking cold chains. He estimated current cooling technologies could save 40 percent of the lost food.

One of the biggest problems is the scope of the problems, the delegates said, with Asian cities - several of which have populations of over 20 million - struggling to provide enough housing, electricity, food and infrastructure.

“When you’re trying to put out fire, you don’t tend to think about integrated solutions. That’s a problem,” said Lauren Sorkin, Asia Pacific Director at 100 Resilient Cities, an consultancy.

“There is more capital available for sustainable solutions than there are projects. We will see quite a lot of change soon,” said Nicolas Parrot, Asia Pacific Head of Transportation Investment at French bank BNP Paribas.