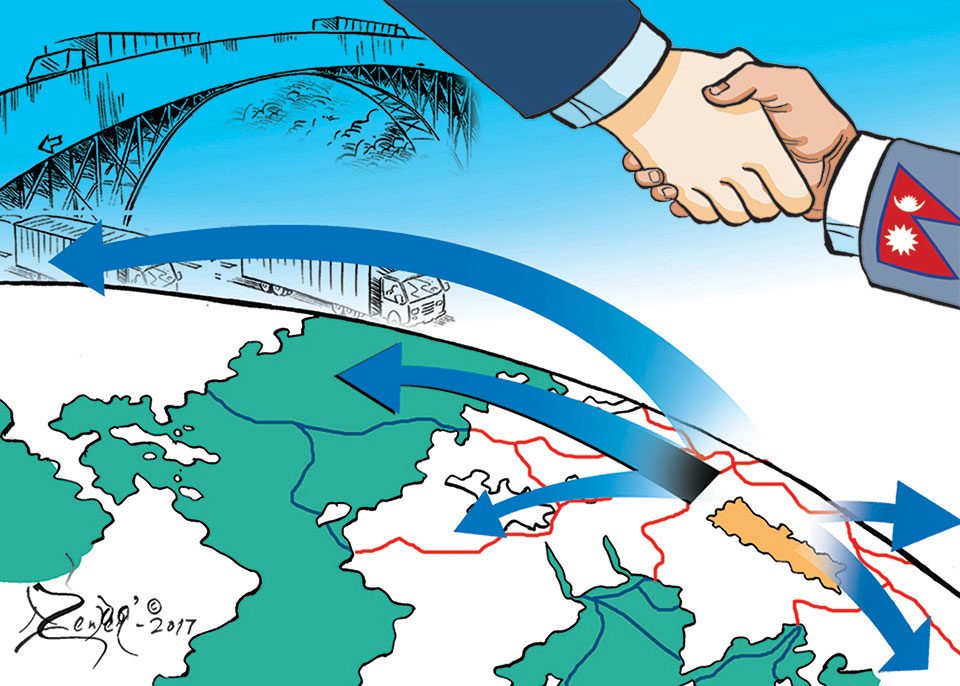 BEIJING, Jan 5: Brushing aside allegations that the China's Belt and Road Initiatives (BRI) was aimed at colonizing smaller countries, senior Chinese scholars said that the BRI rather seeks to promote free trade through enhanced connectivity network and send its economic success to other countries.

Stating that the global development strategy will be taken forward as a negotiation-based contract, Dr He Wenping, director of Division of African Studies at Chinese Academy of Social Sciences said the sovereignty of smaller countries will remain unaffected.

Speaking at a seminar organized by the Ministry of Commerce of the People's Republic of China and conducted by China International Publishing Group (CIPG) Training Center in Beijing recently, Wenping said the project was rather about sharing of China's economic resources and technical know-how.

“Geographically speaking neither the belt nor the road follows any clear line; they serve more as a roadmap for how China wants to further integrate itself into the world economy and strengthen its influence in these regions,” she further added.

China considers trade a major contributor for alleviation of poverty in the country. Dr Xu Liping, associate researcher at the International Poverty Reduction Center in China said free international trade was the key to reduce poverty and increase income of the country.

“Despite international trade facing problems, China wants to promote free trade, we want to encourage free trade and share our experience of coming out of poverty with developing countries,” Xu opined during a session at the seminar. “If the country wants to prosper economically, it needs to make investment in road and infrastructure development in rural areas.”

Put forward in 2013 involving infrastructure development, China has signed 190 co-construction of the BRI cooperation document with 132 countries and 30 international organizations. The Chinese government has been stressing on the shared economy as one of the main objectives of the project.

Similarly, addressing the seminar, Zhu Shenghao, professor at the University of International Business and Economics, said China will make more imports in future. “China's import rate is on the rise and other countries can benefit from this opportunity after the BRI is realized,” he said.

According to Wenping, China is the largest trade partner for 124 countries whereas the US is the largest trade partner for 56 countries. “The production capacity of China is growing, resulting into surplus products even after maximum domestic consumption,” Wenping said, adding: “China can be a producer for other countries.” The researcher fellows claim that the project is fully based on give and take relationship between the involved countries with makes it a win-win project.

The scholars voiced that the BRI was needed for the diversification of China's investment patterns, sharing China's development results with other countries and help promote connectivity and trade between Asian, European and African continents, and push world economic recovery. “The BRI is a result of the Chinese companies' needs for 'going-out' and develop themselves internationally,” she added.

The trade volume with BRI countries is expected to cross over US$ 6 trillion. China's investment in BRI countries has exceeded $86 billion. The project claims to have created 240,000 jobs with nearly 6,000 projects operating. Under the BRI, 82 economic and trade zones with an investment of $28 billion has been established. The project is expected to strengthen industrial connectivity between China's industrial structure adjustments and other countries. In the meantime, Nepal has been looking forward to benefit in terms of technical transfer and spill-over effect of economic infrastructure with creation of employment and business opportunities generated by the infrastructure programs.

Book discussion on importance of BRI, BBIN held in Kathmandu

KATHMANDU, Dec 29: A book discussion on "Importance of BRI and BBIN for South Asia' was organized by the Centre... Read More...