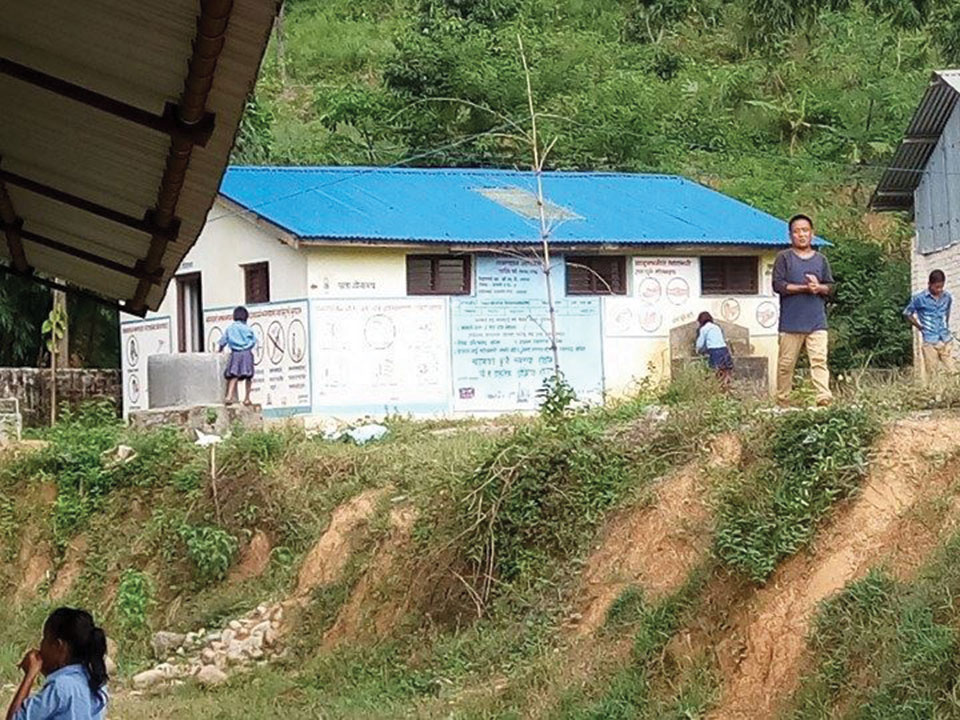 KATARI, May 13: In the past, women health and hygiene was never a matter of concern especially for the people living in rural areas. In fact, even the girls and women were ashamed of talking about their problems. But the boys of Shree Secondary School, Maruwa in Katari Municipality-4 of Udayapur have done something that has raised a lot of eyebrows.

They have been collecting a portion of their lunch money to purchase sanitary pads for girls to use during menstruation. "There are more than 600 students in the school and all of them collect some portion of their lunch money and put it in the donation box every month," said Shyam Prasad Dahal, a teacher, adding, "That money is used for buying sanitary pads, soaps and other cleaning items required during menstruation."

Kopila Raut, secretary of a local children's club, informed that the male students do this to help their female friends. "But this is not practiced in nearby schools," she said.

She further informed that these days students also participate in discussions related to reproductive health. In order to make sure that no girl misses her school during periods, most of the schools in Udayapur have launched Menstrual Hygiene Management Program. The main purpose of this program is to free the girls from the problems they have to deal with during periods.

This campaign has helped eliminate the hush-hush attitude regarding menstruation and made it a topic of open discussion. "Not just the students but even we female teachers had to suffer a lot during menstruation but no more, thanks to the changed perspective," said Urmila Khadka, adding, "This has also improved the attendance of girls."

According to Narayan Prasad Adhikari, principal of the school, earlier the fear of stain compelled girls to skip their classes for five days during periods but now they attend their classes despite menstruation. The school has also constructed a girls-friendly toilet for them.

It's been two years since the Education Development and Coordination Unit (EDCU), Udayapur has been conducting awareness and hygiene management programs on menstruation in the district. This program has directly benefited more than 12,000 girls of 44 schools of the district, informed Harihar Dhital, chief of EDCU, Udayapur. "This program should be extended to other parts of the district as well," said Dhital, adding, "This will be possible if the local units start promoting it."

KHOTANG, Feb 22: There was a time when the number of girl students was exceptionally low in community schools of Khotang... Read More...

GULMI, Nov 29: The local authorities rescued four girls including a teenager who fled from their homes to find work. Read More...