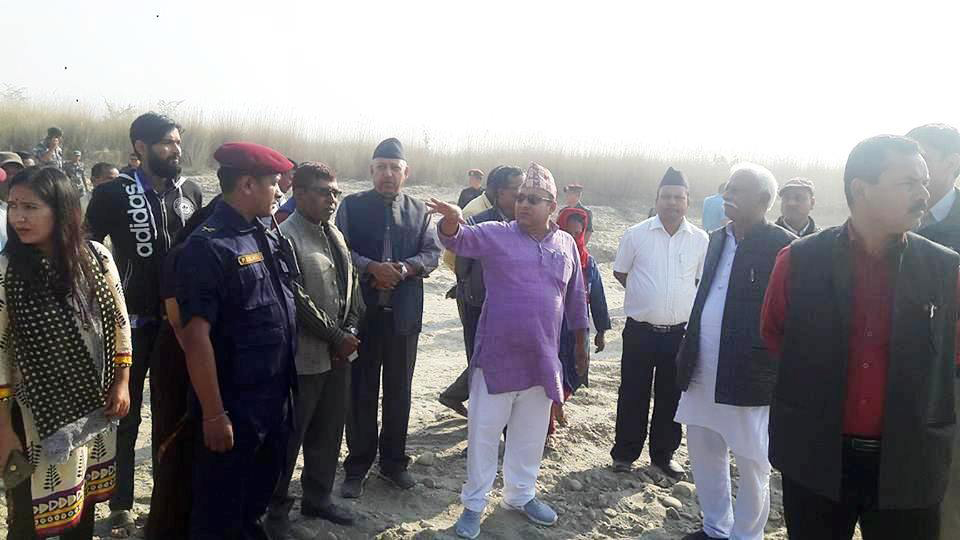 BARA, Nov 14: A border dispute has ensued between two municipalities after both the local units assign contract for extracting construction materials from the same area of Lalbakaiya River.

The dispute erupted when Nijgadh and Kolhabi municipalities claimed that a section of the river which lies south from a bridge along the East-West Highway falls in their area. At first, Nijgadh awarded a contract for extraction to Om Suppliers for Rs 7.7 million. Following which, Kolhabi assigned a separate contract to Gadhimai Construction Service for Rs 9.1 million to extract materials from the same area.

Nijgad's mayor, Suresh Kumar Khanal, stated that it is not fair for Kolhabi Municipality to claim the section of the river which was always in the then Nijgadh VDC.

Khanal said that the controversy started after Kolhabi Municipality assigned the contract for extracting materials from the river, which falls in their territory. He says that no local unit other than Nijgadh has the right to award the contract.

He laments that he his team has not been allowed to work due to this baseless border dispute. He accused the District Coordination Committee (DCC) of stretching the issue further instead of making a fair decision as the land lies in their territory.

According to the locals of Nijgadh, Kolhabi Municipality is claiming its right to raise funds from its internal source as the local units now can collect tax from sand, stones and gravel.

Meanwhile, Bharat Bhandari, mayor of Kolhabi, accused Nijgadh Municipality of trying to work by breaching the law. According to him, they assigned the contract because the map shows that the section of the river falls in their territory.

The DCC is currently trying its best to solve this dispute.

BIRATNAGAR, April 26: Though the announcement of local elections in two phases slowed down the poll campaigns for a while, that... Read More...