The book contains contributions made by 23 ex-foreign secretaries who served as the head of the country's foreign affairs administration in different periods of time since the unification of Nepal by King Prithvi Narayan Shah in 1769.

Touching upon the institutional history of the Ministry of Foreign Affairs, the book gives in-depth information on the functions, roles and responsibilities of the foreign secretary.

Commenting on the book this afternoon, former chief justice Shrestha said that the book is worth-reading for those who want to learn about various individuals who served as foreign secretaries of Nepal in different periods of time.

Mathema, a former vice chancellor of Tribhuvan University and educationist, said that the book gives a clear picture on how the job of a foreign secretary was crucial and challenging during the Panchayat period and even before that.

Women rights activist Rana said that the book also reflects that Nepal's bureaucracy was male-dominated since the time of unification of Nepal and the foreign ministry administration was not an exception.

Author of the book, Dr Bhattarai said that the book is expected to be helpful to those who want to know the institutional records and contributions made by foreign secretaries as they discharged their duties as in-charges of foreign policy administration.  The book has been published by Shangrila Books. 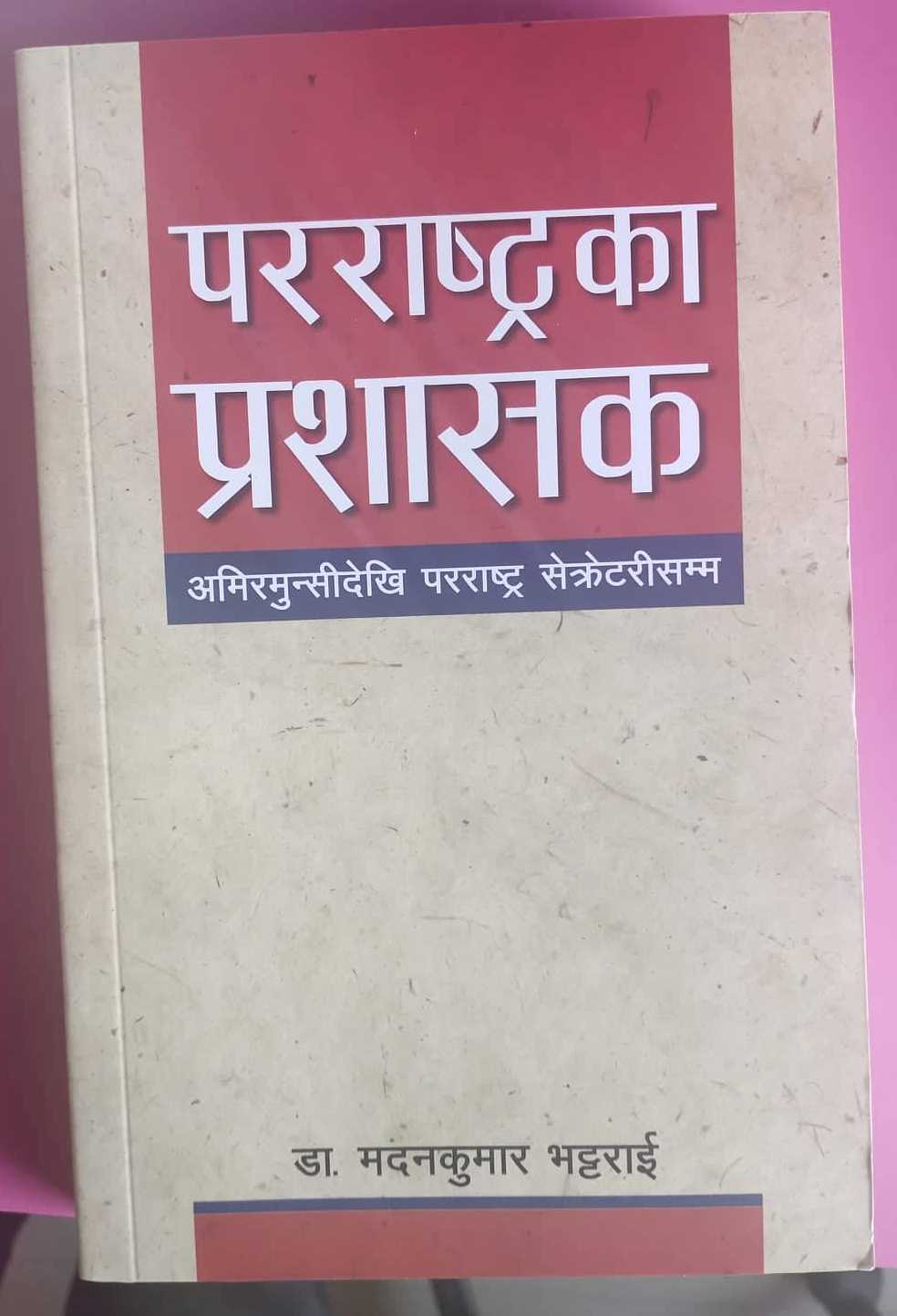 Govt fails to identify variant of new COVID-19 cases detected in Nepal
9 hours ago
Nepal being dragged to an increasing debt burden: World Bank
8 hours ago

Wildfires reported in 60 forest areas in Kalikot
14 hours ago