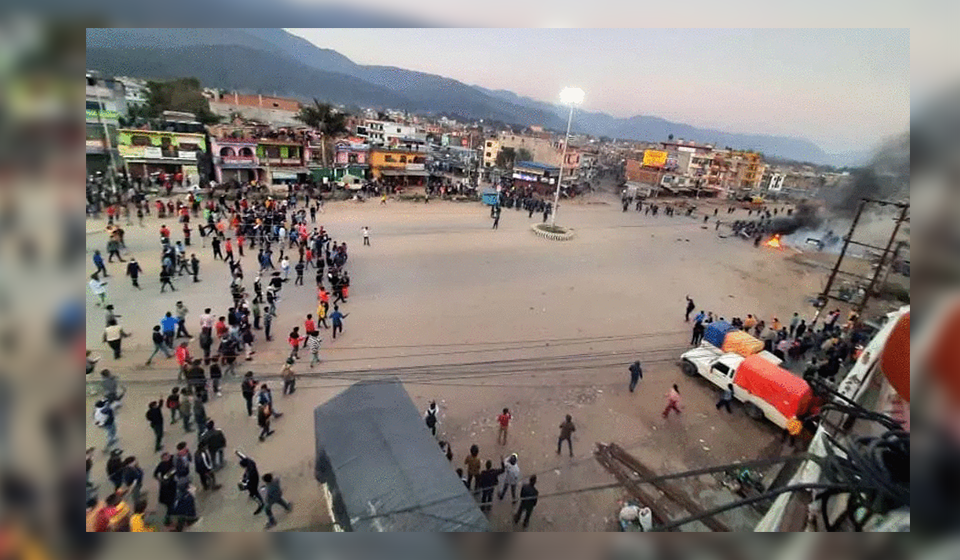 KARNALI, March 1: Birendranagar of Surkhet that serves as the capital for Karnali Province has remained largely quiet after the imposition of a curfew that follows violent protests against the Millennium Challenge Corporation (MCC) compact, a US-aid project.

With the implementation of the curfew order, all public functions scheduled here including the Mahashivaratri celebrations have been either postponed or canceled. The security forces have been ordered to use firearms in case of violation of the order.

A mob that came on the streets opposing the ratification of the MCC Compact by the House of Representatives, the lower house of the Federal Parliament, on Sunday resorted to vandalism and arson targeting offices of political parties and police beats on Monday evening.

A meeting of the District Security Committee held last evening decided to impose the curfew from Monday night to 7PM today in a bid to take the situation under control. A large number of security personnel have been mobilized in the town following the curfew. Police are alerting the public through megaphones to stay indoors.

The MCC protestors vandalized the offices of CPN (UML), Nepali Congress and CPN (Maoist Centre) and carried out arson at the police beats at Mangalgadhi Chowk and Airee Chowk.

Dhankuta, Jan 21:  As the talks between the Chief District Officer (CDO) and the struggle committee formed to demand provincial capital... Read More...