Bharatpur Hospital in shortage of land to build new infrastructure 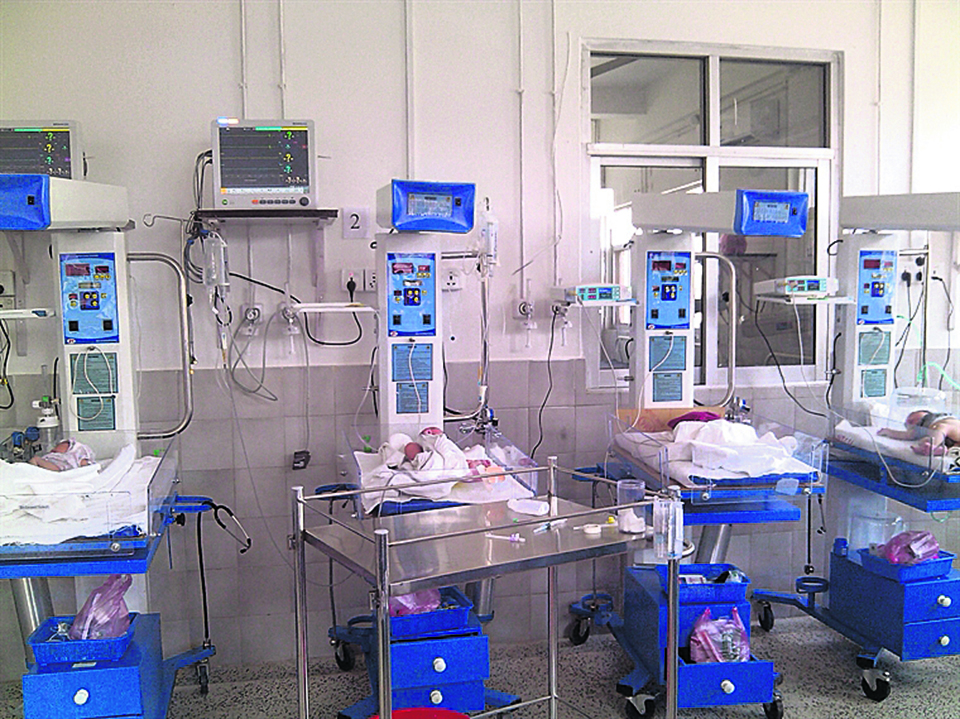 CHITWAN, April 9: Bharatpur Hospital of Chitwan, which has been a prime destination for patients in the central region, has been attracting even more service seekers after being upgraded to super specialty hospital last month.

The hospital which was started with just six beds in a cottage six decades ago, presently has 600 beds, modern infrastructures and facilities. However, the upgrading process has not come to an end. The hospital needs a few more buildings and other infrastructures to meet its goal. And the authorities say that they are struggling to meet the land requirements for going ahead with the plan.

“This hospital receives patients from Chitwan and eight other nearby districts. It has been giving service to over 3 million people directly. So, enhancing its capacity has been our top priority,” said Dr Krishna Prasad Poudel, Medical Superintendent of the hospital while speaking at the hospital’s 53rd anniversary on Monday. “But the problem we are facing in upgrading its service is the lack of land. To go ahead with the plan, we need plenty of land,” he added.

As per the census 2011, 51 percent of the country’s population lives in the central zone. The hospital’s location puts it in proximity to most of this population. Considering this scenario, upgrading of the hospital was already a delayed initiative in the first hand. And now, the issue of land obstructing the construction is not justifiable, according to Poudel.

Offices of many organizations and institutions have been occupying the hospital’s land. College of Medical Sciences occupies the biggest pie of the hospital’s property. The college is spread in over seven bighas.

The medical college had taken the land on lease in 1994  for 49 years at a meagre rate, since then the lease rate has not been revised, Poudel said. Initially, the rate was fixed at Rs 50,000 per bigha of land annually. It was decided that the rent would be hiked by 10 percent every year. However, later another deal was made, which cancelled the 10% yearly increment in the annual rate.  “They raised the rate a little, but the annual increment of the lease rate was scrapped later. So, what the college pays to the hospital is not reasonable,” said Poudel.

Another body to use the land of the hospital is CTEVT.

It has also been using seven bighas of the hospital’s land since the last four decades to operate the CTEVT School of Health Sciences.

“Even with CTEVT’s School of Health Sciences, we are in loss. The land was given to CTEVT for building its infrastructure without entering an agreement on leasing or rent. As such, the hospital does not get anything from CTEVT for using its land,” Poudel said. He added that the hospital is presently making moves to reach an agreement with CTEVT to pay rent for the land. Nepal Netra Jyoti Sangh has occupied over three bighas of the hospital’s land. This organization also received the land for free from the hospital a few years ago.

“Several organizations operate from offices built on Bharatpur Hospital’s land. As such we are in shortage of land to build infrastructure to upgrade the hospital’s services,” Poudel reiterated.
The hospital plans to build an emergency block and paying guest block, among others. Similarly, the target is to add 400 more beds and make it a 1000 bedded hospital. 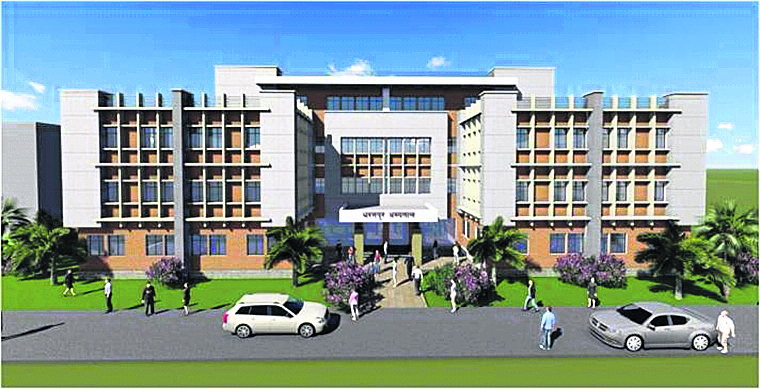 KATHMANDU, August 1: The pressure of patients coming with the coronavirus infection has increased in Bharatpur Hospital. As the number... Read More...

CHITWAN, Feb 2: The Chitwan-based Bharatpur Hospital has allocated a separate space for purchasing tickets and health examination for the... Read More...

CHITWAN, Aug 25: When forests were cleared in Chitwan some 64 years ago to develop human settlements, the locals had... Read More...