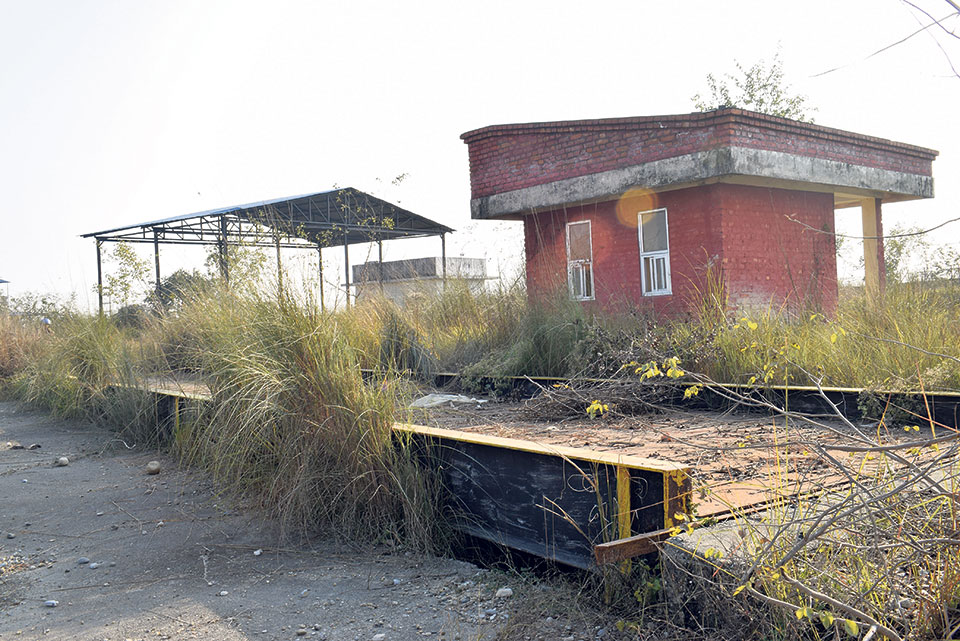 BUTWAL, Feb 9: The first Special Economic Zone (SEZ) of the country in Bhairahawa has completed 18 years but it still lacks required infrastructure. It has been six years since the Bhairahawa SEZ started its operation but one-door service is yet to be implemented. It has also failed to attract domestic and international investors as expected.

Only 17 industries have signed the agreement with the Bhairahawa SEZ but only three have started operations so far. Out of 69 plots, 27 are empty. Investors have demanded one-door policy but concerned agencies have not shown any interest to implement the policy and upgrade the infrastructure of the Bhairahawa SEZ.

As per the provision of the SEZ, 60% of produced goods need to be exported but lack of adequate raw materials in the country makes it difficult for investors to compete in the international market. According to Rajesh Agrawal, a regional member of Nepal Federation of Chamber of Commerce and Industries, goods produced from imported materials from India and China add extra cost for entrepreneurs. Investors have demanded that the government rethink about the provision on 60% export of produced goods for those industries operating in the SEZ. “What happens if the Indian side creates obstacles with restriction on raw materials which will hamper our production? Officials needs to speak about it,” said Bhisam Prasad Neupane, vice president of Siddharthanagar Chamber of Commerce and Industries.

The discussion held last week under the leadership of the Planning Commission in Bhairahawa demanded to decrease the provision in export. According to Agrawal, the Indian government is bringing special programs to make their domestic production more competitive in the market and the Nepal government should also forward its step to increase the capacity of Nepali production. Industrialists also have demanded that the Bhairahawa SEZ lower the rental charge. Investors are paying Rs 20 rent per square meter.

Implementation of one-door service
As one-door service is not implemented, investors in the Bhairahawa SEZ are facing problem in production and face hassle when exporting goods.

According to Nipun Jain, manager of Global Private Limited, they are not receiving any kind of services according to the concept of SEZ. Keshav Bhattarai, manager of Brilliant Lighting, has complained that due to lack of required infrastructure and services, they are facing hassle in export of produced goods.

Industries operating in the Bhairahawa SEZ face power cuts everyday and management of water and sanitation is not adequate. According to Jain, frequent power cuts affect machinery and also affect the quality of produced goods. According to investors, construction of an electricity sub-station will resolve the issue but the administration has delayed opening the tender for the sub-station.

According to investors, the weighing scale kept in the premises of the Bhairahawa SEZ is filled with grass and they have to go outside to weigh their products. There is an extension counter of Global IME Bank and a branch office of Prabhu Insurance but do not provide needed services. The area designated for a petrol pump is run down. According to Sundar Thapa, an official of the Bhairahawa SEZ, the administration has requested the Nepal Oil Corporation to open a petrol pump.

Bhairahawa SEZ to see beginning of production in a week