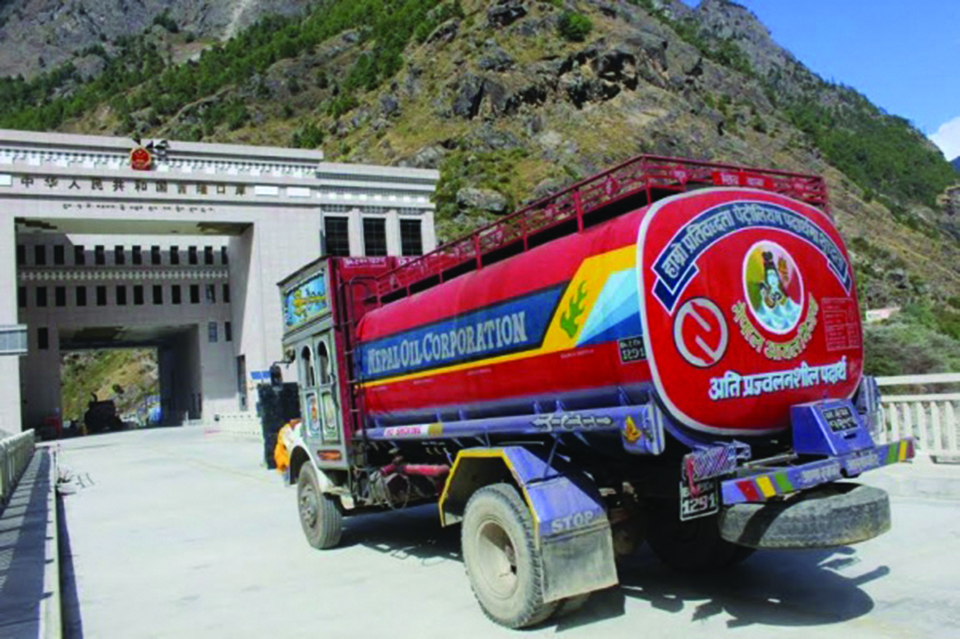 Nepal-China transit protocol has to be commercially-viable to match or overcome the access, competitive prices, and lingual and cultural similarities that India offers to Nepal

China and landlocked Nepal seem to have almost finalized the text of a transit protocol that is to be signed when President Bidya Devi Bhandari visits China on a four-day official tour in April 2019 to participate in the second Belt and Road (BRI) Conference. This protocol is an additional opportunity for Nepal because, besides Indian, Nepal will be able to access Chinese land and sea ports for trade. As proposed, Nepali businessmen and traders can now access three land and four sea ports in China, including the largest port in Northern China, Tianjin Port, which could have multifarious uses for Nepal in its trade relations with other countries.

Nepal is not the first country to gain access to transit countries’ ports for trade. There are 48 other countries, including five partially-recognized states, that share the status and fate of landlocked nations. Some of these countries have faced economic and developmental handicaps and have borne great costs to gain access to the high seas. Their internal structural problems coupled with their lack of access to the sea hinder or delay the pace of their development compared to countries with access. Such landlocked countries’ investment scenarios are poor, and their trade largely depends on foreign ports.

Fortunately, the United Nations Convention on the Law of the Sea (1982) guides the international law for access to ports for landlocked countries. This right has also been reaffirmed by the UNGA Resolution 46/212 of December 20, 1991. Therefore, the disadvantage of landlocked countries is recognized in international law, and instruments exist to resolve common problems. However, new challenges continue to arise. When landlocked countries gain access to ports, factors such as poor transport infrastructures, higher transaction costs, unreasonable fees, and road tolls arise. Additional hurdles include process delays at border checkpoints and customs, tax, and bureaucratic procedures.

Nepal’s transit pathology need not be overemphasized. The Nepal-China transit protocol should be kind to the problems that Nepal has been facing. As a means of comparison, other similarly-situated countries, such as Bolivia, Afghanistan and Mongolia, that have limited or no access to sea ports have signed similar deals with neighboring countries like Chile, Pakistan and China respectively for access. Analyzing the cases of other landlocked countries can point to the issues that may emerge in case of Nepal.

The 1982 Convention exempts the traffic in transit from customs duties, taxes, and other charges. As per this provision, Chile has allowed Bolivia, a Latin American landlocked country, tariff-free access to two of Chile’s sea ports—Antofagasta and Arica—and the presence of its own customs officials. From Arica, Bolivia ships 80 percent of its exports to its trade partners, like South Korea, India and the UAE.

Despite these advantages, trading via the Pacific Ocean proves to be very expensive in the Chilean-Bolivian route due to the high transit fees caused by the rugged terrain. After the International Court of Justice denied Bolivia’s request to compel Chile into providing Bolivia “sovereign access” in the Pacific Ocean, the Bolivian government provided three river ports on the Paraguay-Parana waterway with international classification as an alternative. Such high costs will no doubt be a consequence of Nepal’s trade via Chinese ports, especially due to the enormity of the Himalayas. Therefore, to realize the gains from this access to ports, Nepal will need to amp up the infrastructure in the Nepali side of transit points and attract investments from China and other Asian countries that stand to benefit from connectivity with South Asia.

High transit costs or costs associated with trade in transit countries are of concern to Chad and the Central African Republic as well. Accusations of corruption at the Doulua port in Cameroon have prompted officials from the previous two countries to investigate the proceedings at the port and seek (albeit more expensive) alternative ports for trade, including Cotonou in Benin. Importers say the transit costs include paying at not only the the checkpoint and customs, but also to the police and military personnel on the road, as a form of bribery, which Cameroon denies.

Although the 1982 Convention ensures rights for landlocked nations, such rights are subject to bilateral or multilateral agreements between landlocked and transit states. The quality of such agreements depends on the quality of relationship between the two types of states, their perception of each other, and the nature of the bilateral or multilateral agreements by which they can both abide. An example is complications with blockades in the Nepal-India relationship with their respective statuses as landlocked and transit countries. This environment falls short of the cooperation required for realization of free transit.

The Afghanistan-Pakistan Transit Trade Agreement is an example of how relationships between countries affect bilateral agreements on transit trade. Signed in 2010, this agreement allowed Afghanistan to import duty-free goods through Pakistan’s sea ports. However, the agreement did not allow for bilateral trade between Afghanistan and India through Pakistan’s ports. Although Afghan goods could reach the Pakistan-India border to be imported, Indian goods could not be brought back to Afghanistan. Consequently, as Afghanistan’s trade partners have diversified, it has been emphasized that trade with Pakistan has continued to decrease despite this transit agreement.

Following growing tensions between Afghanistan and Pakistan and the latter’s implementation of blockades during political disagreements, India, Afghanistan and Iran signed a trilateral transit agreement in May 2016. The agreement was a pact to establish the Chahabar Port in southeastern Iran on the Gulf of Oman as a transit hub for the three countries. The Port has now been handed over to a state-owned Indian company for operation, and India views this Port as a way to bypass Pakistan and extend its reach into Central Asia.

Nepal considers transit through China as not only an addition to its access to India’s ports, but also as an openness that could have immense potential for development of Nepal. In the context of the BRI, such potential includes additional Chinese investment in Nepal in heavy infrastructures like hydropower plants, railways, airports, roads, and tunnels as well as the promotion of Nepali agricultural and tourism sectors. These investments could regenerate Nepal, strengthen Nepal’s exporting capacity, and provide meaning to transit protocols being worked out by Nepal and China.

Importantly, facilities provided by India as a transit state to Nepal have been generous overall, and Nepal enjoys closer and commercially-viable access to ports assigned by India when compared to Chinese offers. However, when there have been bilateral issues between India and Nepal, they have largely been politics-related and have always affected the Nepal’s morale as a country. What Chinese side can offer to avoid a similar fate is of importance here.

This transit treaty faces an enormous physical challenge, the Himalayas, in its realization, and export concession to Nepal is only one aspect of the deal. The Nepal-China transit protocol has to be commercially-viable to match or overcome the access, competitive prices, and lingual and cultural similarities that India offers to Nepal. To realize the full potential of the transit access, Nepal and China will need to work together to evaluate Nepal’s needs as a neighbor in order to facilitate the use of China’s ports.  The two countries also need to ensure that China is able to support, legally and financially, the long-term and continued growth of trade via its ports through favorable agreements and the development of infrastructure.

Landlocked countries have an opportunity to leverage their position in unique ways if they are strategically located, as is the case for Nepal. Mongolia, a landlocked country lying between the emerging powers in Asia (Soviet Union and China), was in a similar situation back in the early 1990s. Its trade was largely monopolized with the then Soviet Union. In 1991, after Mongolia’s economy was suffering following the Soviet Union’s withdrawal of gasoline from its economy, Mongolia turned to China to gain access to its port of Tianjin and open up to the world.

By 2016, the port linked sea-to-railway container transport, and has a railway connection all the way to Ulaanbaatar, the capital city of Mongolia. Presently, Mongolia looks to leverage its strategic location between Russia and China that enables China’s access into Europe via rail from Ulaanbaatar to Moscow and then to Europe. Mongolia’s case demonstrates that there is a need for Nepal, also sandwiched between two transit countries, to leverage its position as a gateway into either country by supporting the investment of infrastructure within the country that will create advantageous access to these transit hubs.

Nepal is strategically situated to reap the benefits of being a gateway to South Asian market. While the transit protocol is a step toward this end, it is by no means a comprehensive one. Nepal and China will need to work closely together to ensure the development of systems and facilities that will truly foster trade and connectivity between the two countries and between China and other South Asian countries. This will require a favorable environment and a fast-paced process as well.

Only 25% of bank's branches to be opened
38 minutes ago