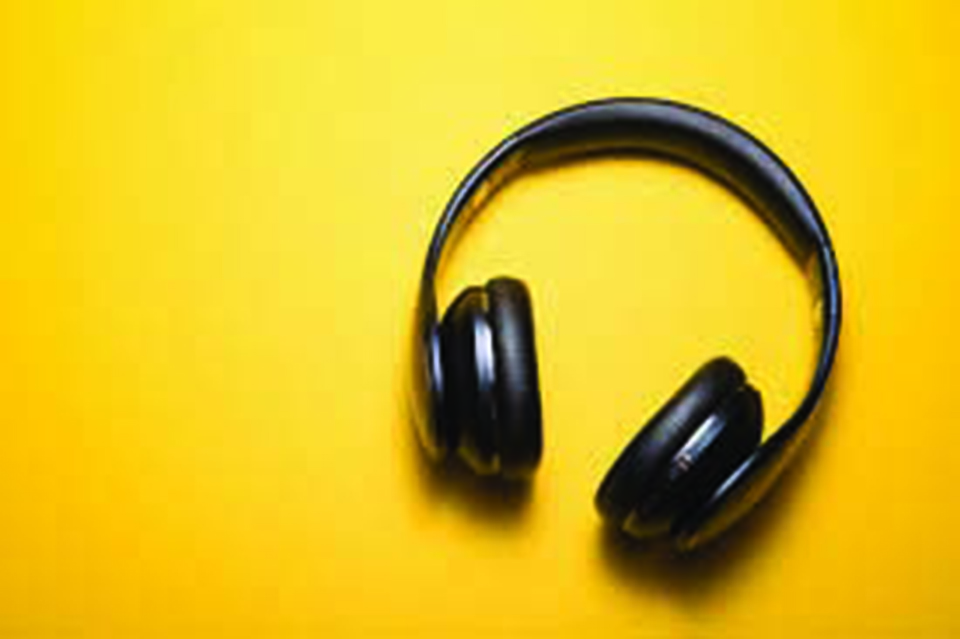 Failing to lure sleep, I decided to challenge my body by stopping to worry and listening to the podcast with concentration

“Oh darling, I mean if you walk out of your apartment into the street one day and there is a man on the sidewalk firing shots at you, I am not sure it makes sense to, sort of, stand there musing about what particular problems in the poor man’s life might have led him to become a homicidal maniac, I think [you should] find a car or something, I think, you know, at least find a temporary solution to the problem at hand... Or a permanent solution, kill the guy.”

If you didn’t go out looking for a good podcast after reading my last column, you may well, after reading this one. It feels bad to discover a treasure and not to share it.

The dialogue above is part of Wallace Shawn’s contemporary yet legendary play Evening at the Talk House. Just before Dashain this year, we were traveling to She-Phoksundo Lake in Dolpa, near the North-western corner of Nepal. The vital part of my luggage for the trip were the podcasts that I had hurriedly downloaded before leaving home, most of them from the podcasters I had already subscribed to. Later on I was to discover that the three episodes of Shawn’s play, the part of Jeremy Scahill’s podcasts from The Intercept, were among them.

Even before gaining altitude substantially, my body seemed to resist the trip badly: I had one of the worst bouts of insomnia in my recent memory. Without any excuse or explanation (I had slept much better at 4,800 meters near Thorong-La two years ago while we were still below 3000 meters now) two successive nights went without deep sleep. The few hours of flimsy sleep before dawn were far from enough to offset the heavy exertion of the day time caused by nearly eight hours of walking.

Those unbearable four to eight hours of sleeplessness would have driven me crazy if not for the saviors: the podcasts. Early that evening, as we were walking along the banks of Suligad River mesmerized by its sparkling white water rushing down straight from the lake, I had stumbled upon Shawn’s play. The dusk soon gave way to the night as we dumped our exhausted bodies in a modest hotel. The previous night’s sleeplessness was still haunting me but I hoped that precisely opposite would happen this night with deep sleep giving ample rest to body as well as mind.

As sleep eluded once again, I tried taking solace in the breathtaking beauty of the sky teeming with stars as my bladder forced me to visit the outdoor toilet repeatedly. Unlike from the cities where the artificial lights blind you to natural beauty, I was able to observe the whole Milky Way galaxy in all its glory from this far-flung mountainous village. Moreover, it made me realize how tiny and insignificant a thing we humans are in the grand scheme of universe, contrary to your belief in our own supremacy. The galaxy had not changed a bit from my childhood in village. Once inside the room, however, the deep, untroubled sleep of my brother and co-traveler complicated my misery with a streak of jealousy. After failing to lure sleep in umpteenth attempt, I decided to challenge my body by stopping to worry about lack of sleep and listening to the podcast with concentration instead.

That is when I resumed listening to Evening at the Talk House. As my obsessive habits go, I would go on to listen to the hour-and-a-half play for at least a dozen times over coming week. Having listened to Henrik Ibsen’s The Doll’s House, Anton Chekhov’s The Seagull and Oscar Wilde’s An Ideal Husband and The Importance of Being Ernest for countless times in the Audiobooks app over past few years, I literally don’t miss the visuals in a play.

Evening at the Talk House is a brutal yet hilarious portrayal of the psyche of ‘ordinary’ citizens—the American ones of course, even  though much of it applies to people elsewhere too—for whom the narrative built by the ruling elites in collusion with media is all that matters, the consequential reality just evading their attention. The whole play encompasses events of an evening during which a group of former theater artists—some of them still active in television and some not—meet and ruminate about the good old days when the theater reigned supreme. The occasion is the 10th anniversary of one of their last plays named Midnight in a Clearing with Moon and Stars.

Over these ten years, though, the lives have changed with many of them having fallen in hard times. To make ends meet, some of them have worked part time as hired murderers, having been deployed to faraway lands to neutralize the potential enemies. When someone objects to the notion of killing people for mere suspicion about their intent to harm ‘us’, the protagonists defend their acts with the dialogues that open this article.

Shawn uses the analogy between someone really shooting at you from the sidewalks and the unarmed civilians in faraway lands—deemed potentially threatening by a complicated and opaque metrics of intelligence and algorithms—as the ultimate metaphor for general disorientation towards matters of truth and falsehood. Critics say that the play’s intention is to prick the conscience of the public for their tolerance of the American drone attacks that kill the civilians in foreign lands.

As the United States’ convoluted relationship with religious extremism evolved and mutated starting from the Afghan Jihad to sporadic terrorist attacks, the 9/11 attacks and the now infamous Global War on Terror, the extremists did evolve and mutate too, at one point reaching the extent of establishing a ‘caliphate’. The rise of social media enabled unprecedented radicalization of the residents in the West itself enabling a series of deadly attacks across the West sending waves of shock and terror.

People’s sensitivity was bound to be numbed in such circumstances but Shawn’s forceful question to everyone in the play is: Does that justify everything including indiscriminate killings?

The most moving moment in the play comes when a failed and humiliated former theater actor, recently thrashed and threatened by his own friends, reads a dialogue from the fictitious play Midnight in a Clearing with Moon and Stars rousingly for the audience most of which despises or detests him. That dialogue consists of the speech by a medieval general, who, after securing victory for his king against the Mohamadens in a vicious battle, addresses his army before the celebratory feast of golden antelope meat:

“…And yet, forgive me my king, and forgive me friends, at this high moment, I beg to take my leave of you. My messengers tell that across the lake, in the land of Garmour, queen Amendra finds herself threatened by a murderous tribe. She needs my help. So, tomorrow morning, I must set out on another journey. I must rest. I won’t be staying for this marvelous feast. Instead, I am going home to sit along by my own fire and while all of you taste the intoxicating flesh of the golden antelope, I shall sit in my armchair with a bowl of raspberries which will offer me more than sustenance enough to carry me happily into a long untroubled sleep. My dear companions, may you long continue to protect each other and take delight in each other while I head out down my separate path.”

Looks like some things are still the way they were in the Middle Ages, importance of ‘long, untroubled’ sleep being one of them.

Prospects of SAARC have shrunk further with India thinking of its alternative and alleging Pakistan for state-sponsored terrorism ... Read More...