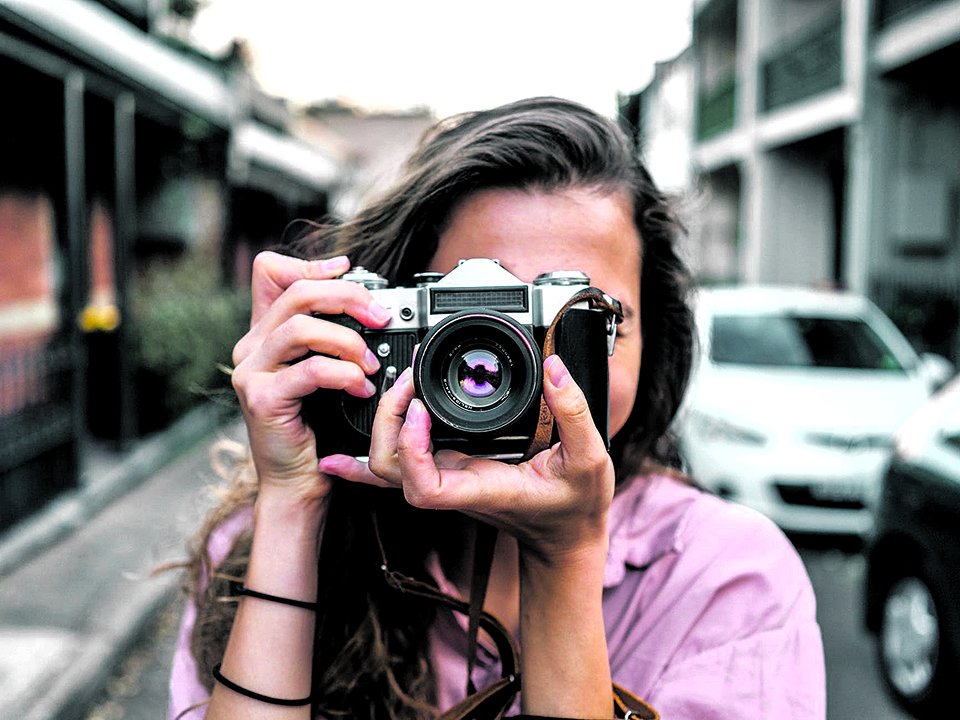 That said, street photography can be hard to master. All of us can take photos of people walking about but to be able to capture a grasping theme using methods like symmetry and juxtaposition can be learned and perfected only with practice. Here are a few tips and tricks that will help add depth and meaning to your photos the next time you delve into street photography.

Learn to respect people and places
Unlike other forms of photography, street photography is often marred in ethical questions as it often involves taking pictures of people in public spaces. If you are in a public area, you are well within your rights to take pictures.

However, it’s important to realize that even if you are shooting in a public space, you must exercise reasonable respect for privacy. For example, photographing someone’s bedroom window is unethical and most probably illegal too. If you are unsure, do a bit of research to become familiar with local privacy laws where you will be shooting. Similarly, if you plan to take an individual’s photo to remember to ask for consent before or after the photo is taken.

In case you are taking pictures of children, make sure you ask their parents or guardians. If someone does not want their picture taken, apologize and find another subject. The streets are full of interesting people, and there will be no dearth of subjects.

Play with shadows and silhouettes
Shadows and silhouettes are great when it comes to street photography as the face of the person in the image can remain anonymous that way. Shadows work best with strong backlight or a bright window that can act as a background. After that, you just need to wait for a subject to pass by it. By underexposing your image the subject will turn into a silhouette or shadow in contrast to your background. Take care not to overlap the silhouetted elements in your frame so that you capture clearly defined subjects. It’s important to have patience and wait for interesting subjects to walk into your frame. They add an element of mystery to your photograph making it seem like a still from a noir film.

Use juxtapositions
Wikipedia defines juxtaposition as “an act or instance of placing two elements close together or side by side. This is often done in order to compare/contrast the two, and to show similarities or differences.” And that is exactly what it is. Of all the techniques in this list, juxtaposition is perhaps the hardest to do. First of all, you have to find a comparison with photographing. It can be a woman standing near a statue with a similar pose or a photo with contrast in colors. After that, you have to wait for both subjects to be positioned just right. If it’s a moving subject, you have to be quick and work accordingly. However, if done right, the end result is highly satisfying and worth the hassle.

Frame it right
Framing is a compositional technique used to guide the viewers’ attention to the main subject. It’s like putting a frame around a piece of artwork to give the artwork a more composed and focused look. Only in photography, this frame doesn’t have to be a four-sided box. It can be anything that highlights your subject by surrounding it on one or more sides. Look for places and angles that can be used as a frame – it can be between two walls or even in between light. Anything that gives a feeling of inclusion can be used as a frame in case of photography.

Make use of motion blur
Cities are constantly active. Day and night, you see movement on the roads and sidewalks. Cars, bikes, buses and even people, there are a lot of moving subjects to photograph. Instead of freezing these subjects in a moment, try working with motion blur so that your photos capture the constantly fluid energy of the city. Photos that have motion blur have an essence of liveliness in them, pushing through the four corners of the photograph. Think about the different ways in which you can capture people moving, such as walking, running, cycling, jumping, dancing, sledding, skateboarding, swimming, etc. Along with clicking them, they are really great to look at later as well.

Calisthenics is a form of exercise that uses only body weight to build strength, lose weight and develop stamina. The... Read More...

When it comes to building muscle quickly, shrinking your recovery time and even losing some fat, protein supplements have been... Read More...

Baking at home is tricky because of the small oven that people generally have at home. There are chances that... Read More...

2,351 new cases of COVID-19 recorded across the country in past 24 hours, cases doubling every four days
1 hour ago

Will China Be the Middle East’s Next Hegemon?
9 hours ago