BARCELONA, Sept 10: Barcelona coach Luis Enrique likely thought that a match against promoted Alaves would be a good opportunity to give most of his stars the day off.

The defending La Liga champions guessed wrong, as Alaves pulled off a stunning 2-1 upset at Camp Nou on Saturday.

Not even Lionel Messi, Luis Suarez, and Andres Iniesta going on for the last half hour could turn around a result that left Real Madrid alone at the top of the table after three rounds.

Madrid's Cristiano Ronaldo needed just six minutes to score in his first match of the season, starting a 5-2 rout of Osasuna.

It was a day of firsts at Camp Nou.

Paco Alcacer and goalie Jasper Cillessen debuted for Barcelona, and Neymar saw his first minutes for the Catalan club since returning from a long summer with Brazil, which included a gold medal at the Rio Olympics.

Even better for Alaves, it was a first win in Spain's top flight since its 10-year run in the second and third divisions.

Built around a group of journeymen brought in this summer along with new coach Mauricio Pellegrino, the modest club from the Basque Country proved to be disciplined in defense and crafty enough to get the utmost from its scarce chances.

"We didn't have our day," Luis Enrique said. "We were imprecise, and they scored two goals on three shots. That is a good summary of the match."

Barcelona appeared to be in control until Kiko Femenia crossed for Deyverson, who muscled past Javier Mascherano before poking the ball under Cillessen.

Jeremy Mathieu headed Barcelona level right after halftime, only for Ibai Gomez to put Alaves back in front after a poor clearance by Mascherano.

"We worked very hard for this," Pellegrino said. "I hope the team can keep growing and that this will help us going forward."

Sidelined since the Euro 2016 final won by his Portugal, Ronaldo showed no signs of lingering effects of the left-knee injury on his season debut.

Not that Osasuna posed much of a test.

A long ball for Gareth Bale left him and Ronaldo all alone to complete an easy breakaway.

"I feel fine physically," Ronaldo said. "The truth is that after a serious injury there are certain actions that you are a little scared to do, but that is normal."

Madrid got goals from defenders Danilo, Sergio Ramos and Pepe before Luka Modric made it five. Oriol Riera and David Garcia pulled two back for Osasuna.

After Atletico Madrid's second draw to start the season two weeks ago, Antoine Griezmann questioned his team's will to fight for the league title.

The France forward apologized to his teammates on Saturday both in word and deed, leading by example by scoring two goals to help earn a much-needed 4-0 victory at Celta Vigo.

"I had to play a match like that," Griezmann said. "I am very happy with the team, for our effort. I want to say I am sorry for what I said (after the Leganes draw) because I shouldn't have said it in public."

Las Palmas was on the verge of maintaining its league lead until the clock struck 89 minutes at Sanchez Pizjuan Stadium.

That's when Pedro Bigas was whistled for a questionable penalty, allowing Pablo Sarabia to cancel out Pedro "Tana" Dominguez's early goal from the spot.

With Bigas sent off for his second yellow card, Sevilla scored on the last kick of the match when Carlos Fernandez scrambled home a corner.

Villarreal also won 2-0 at Malaga for its first victory of the season. 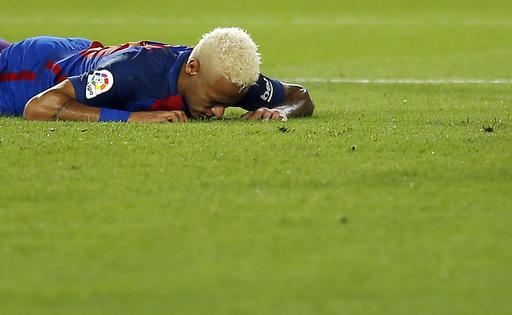 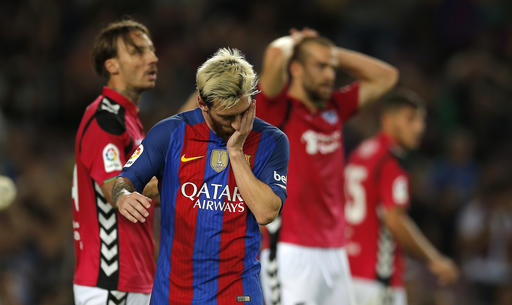 Rumors that Unified Socialist party is uniting with Maoist center is baseless: Dr Bhusal
7 hours ago